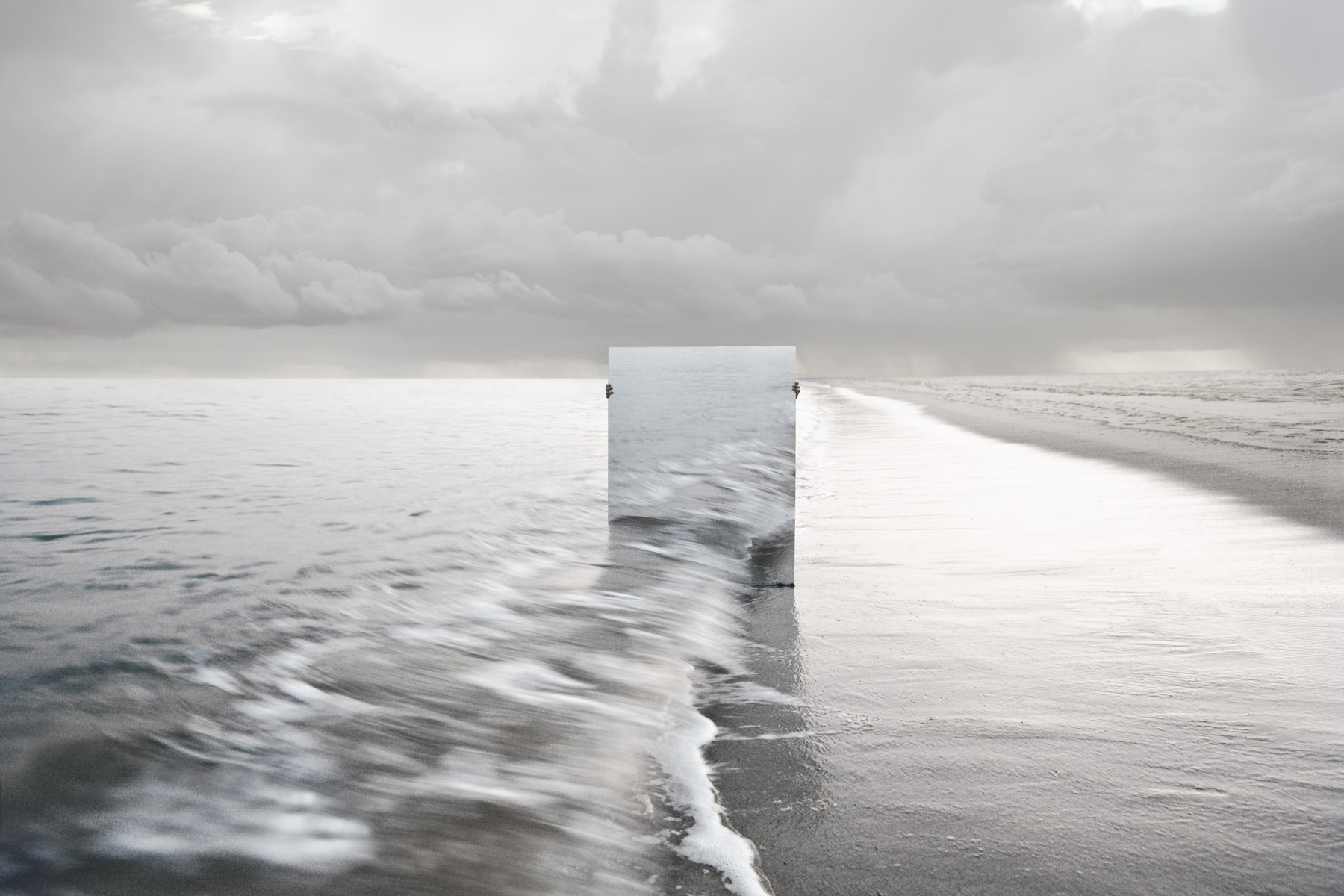 In Seokmin Ko’s “The Square“—a multi-year, ongoing project—a mirror shown reflecting its surroundings is held in a field, or in the sea, or on a road. Two hands gripping the mirror’s edge are the only clue of the holder’s presence. Modernist architecture is featured in other images; here, the human hand, the slight presence of humanity, is seen amidst the reflective surfaces of glass and steel construction. Ko is an artist of his own time. The mirrors and reflective glass make more sense as portals to other dimensions—dimensions perhaps similar to ours or radically different.

“Since a mirror will reflect reality and at the same time reality seen in lateral reverse (or right symmetric), I thought there was an inherent double meaning. One’s presence doesn’t have to be reflected in the mirror but I thought the mirror was appropriate in expressing the subjectivity of presence through the act of reflection.” –Seokmin Ko, CNN interview, 2013

Ko’s latest series of photographs “Strip Show,” of buildings and structures in rural and urban landscapes, brings to mind his previous series, The Square, of landscapes and cityscapes in which a mirror reflects back to the viewer more of the landscape—never the photographer.