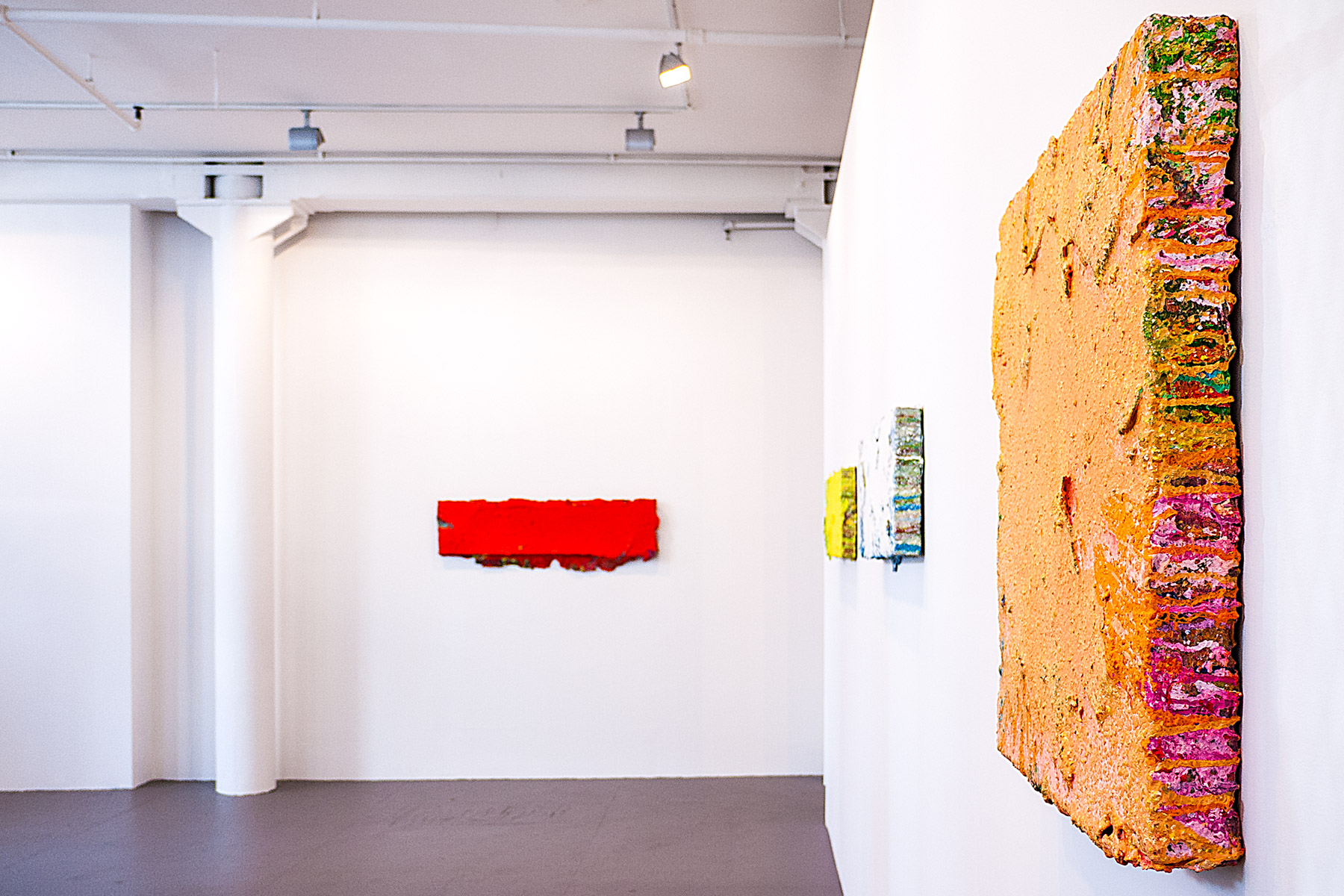 Richard Tsao (b. 1954, Bangkok, Thailand. Lives and works in New York) is well known for using a process oriented, labor intensive approach and particular aesthetic of beauty in creating his paintings and works on paper.

With Tsao’s well-known “flood room” paintings on canvas and wood, his unrestrained use of color seems to appropriately present itself in just the right balance. He manipulates pure pigment with an alchemist’s instincts in an approach that leaves his work vibrantly colored. With pigment thoroughly encrusting the canvas or wood supports and with sections of the encrustations sticking out well beyond the supports’ edges, Tsao’s works are less painted than accumulated—they may be years in the making.

Tsao’s Round series monotypes of the 1990s are circles, discs of color, which do not seem fixed in the physical world. These superb monotypes take full advantage of the possibilities of transferring an oil painting onto paper. In Tsao’s signature paintings (many-layered works created in Tsao’s specially designed paint flood-room), the physicality of brilliantly colored paint also becomes architecture; in contrast, these Round works are the distillation of the spirit of color. 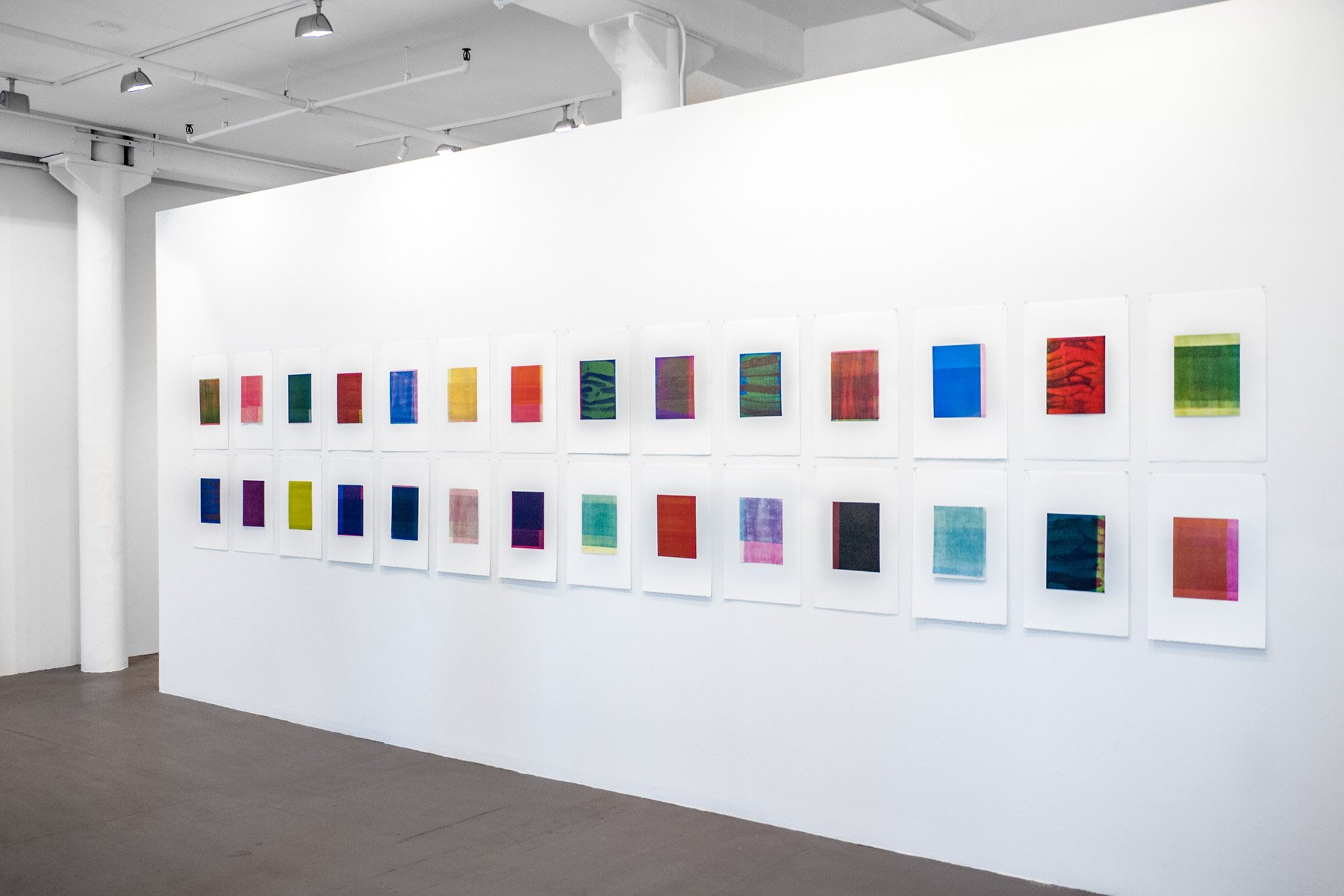