“In many ways, Lee is a godfather of ballpoint art. Along with Alighiero Boetti and Jan Fabre, he was one of the first artists to dedicate years of his life to intense study of ballpoint as an art-making device…. And even though Lee has been working with ballpoint for well over three decades, he is nowhere near finished experimenting with the medium. ‘My aim is to always pursue new ideas and find something that can be expressed through ballpoint pen lines,’ he says. ‘There is a lot more work to be done.'”
– Trent Morse

“…[Trent Morse] traces a more venerable trajectory for the pen and its users, tracking its evolution back to Giacometti, with his rapidly and densely scribbled portrait heads, and to Alighiero Boetti, the first to use it as a primary medium, having assistants create cross-hatched tapestry-like lines, and then moves forward to artists like the Korean-born Il Lee, the consummate master of ballpoint today. ”
– Barbara A. MacAdam, Art News (8/4/16)

“‘Many people would classify Il Lee’s tangled ballpoint lines as “scribbles”,’ Morse writes. ‘Those people would be missing the point. Scribbling implies mindless wrist action, but Lee’s lines converge and separate and skitter across the surface of the paper or canvas to form harmonic, unified arrangements.'”
– The Guardian (8/18/16) 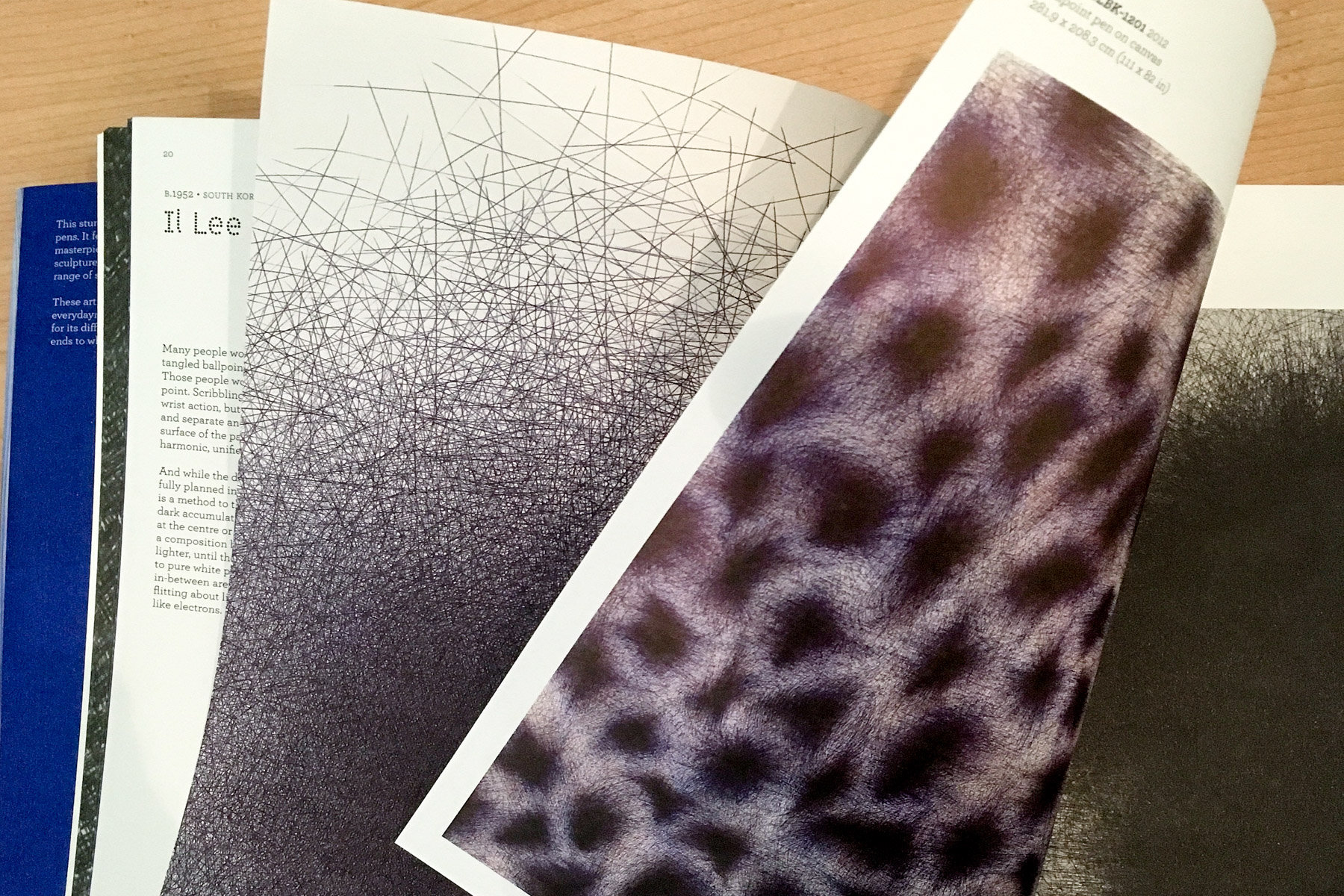