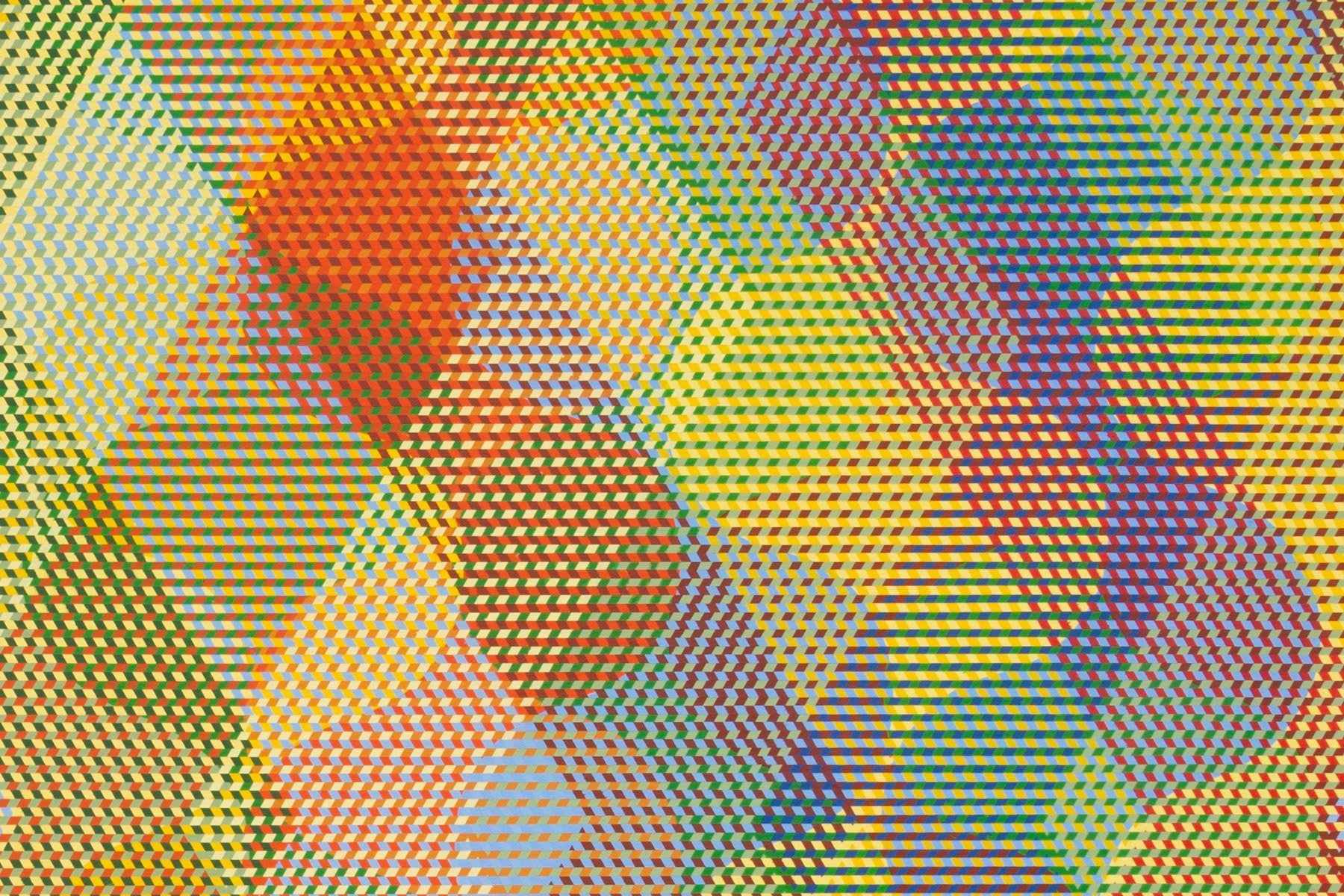 Mariano Ferrante (b. 1974, Bahía Blanca, Argentina) lives and works in Buenos Aires, Argentina. His richly colored works, often dense with lines and non-repeating patterns, come out of a conversation with the constructivist, concrete, and neo-concrete art movements as they were manifested in Latin America.

He is also well known for engaging audiences and communities beyond museums and galleries, and has created numerous public commissions and site-specific installations in Argentina and the United States.

Ferrante has had solo exhibitions and commissions in leading cultural centers in Buenos Aires including Fundación PROA, Centro Cultural de España, and Centro Cultural Recoleta. His work has also been shown at the National Museum of Fine Arts (MNBA), Buenos Aires; Museum of Modern Art of Buenos Aires (MAMBA); and Museum of Contemporary Art of Buenos Aires (MACBA). In 2009, he received the Creators’ Grant in Visual Arts from the Metropolitan Fund for Culture, Art, and Science of the Government of the City of Buenos Aires. In recent years, he was invited to create several public installations for landmark buildings such as the Carlos Pellegrini building in the heart of the business district and as well as a site-specific work in the Belgrano E line subway station in Buenos Aires.  In 2019, Ferrante was commissioned to create a site-specific mural at the Madison Avenue Presbyterian Church Day School in New York, and his first U.S. solo exhibition was presented at Art Projects International, New York. In 2020, he was commissioned by the City of Buenos Aires to create site-specific work Polyphony of Four Colors prominently situated on the entire wall of the Sala de Camara at Usina del Arte, one of the main cultural centers in Buenos Aires.