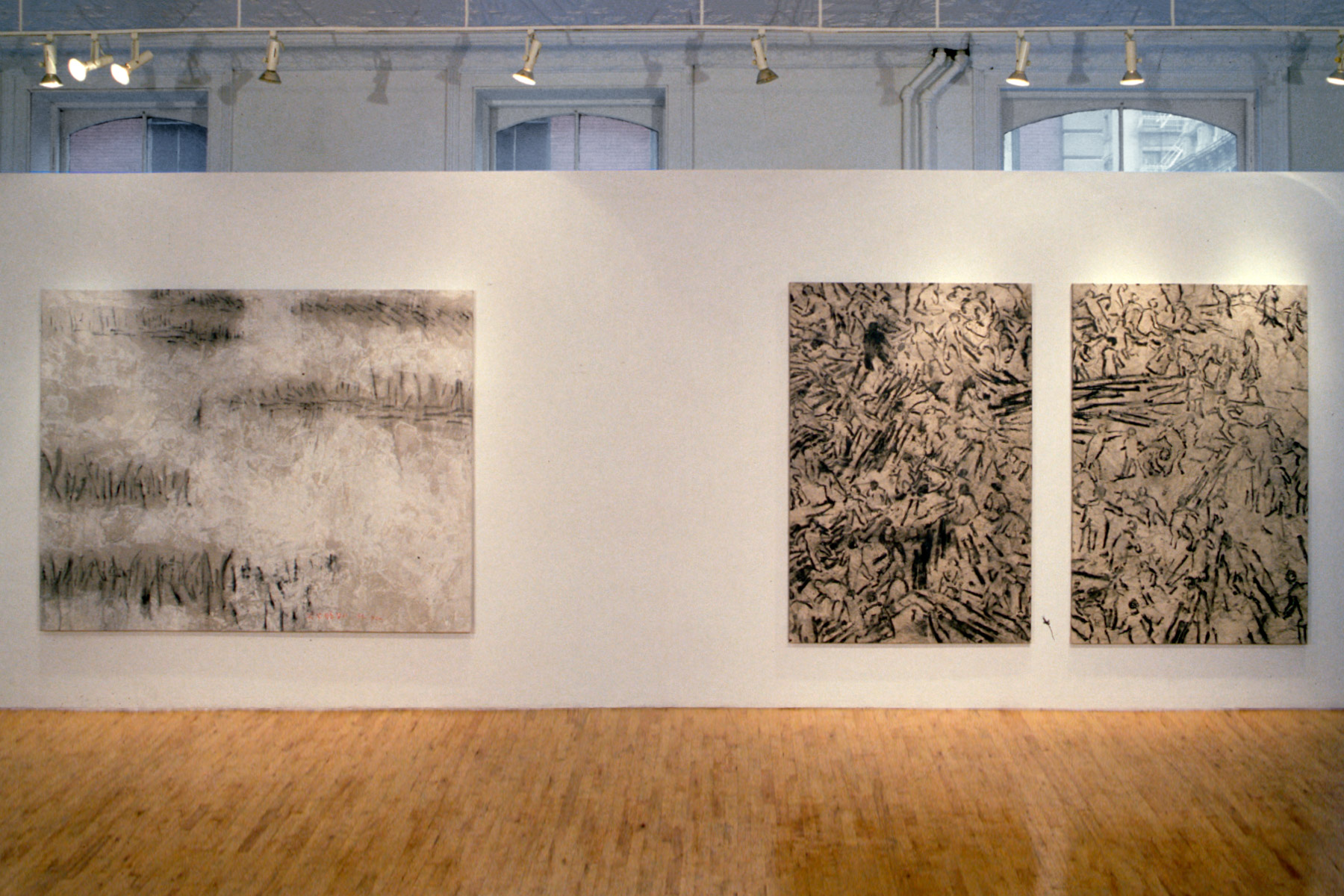 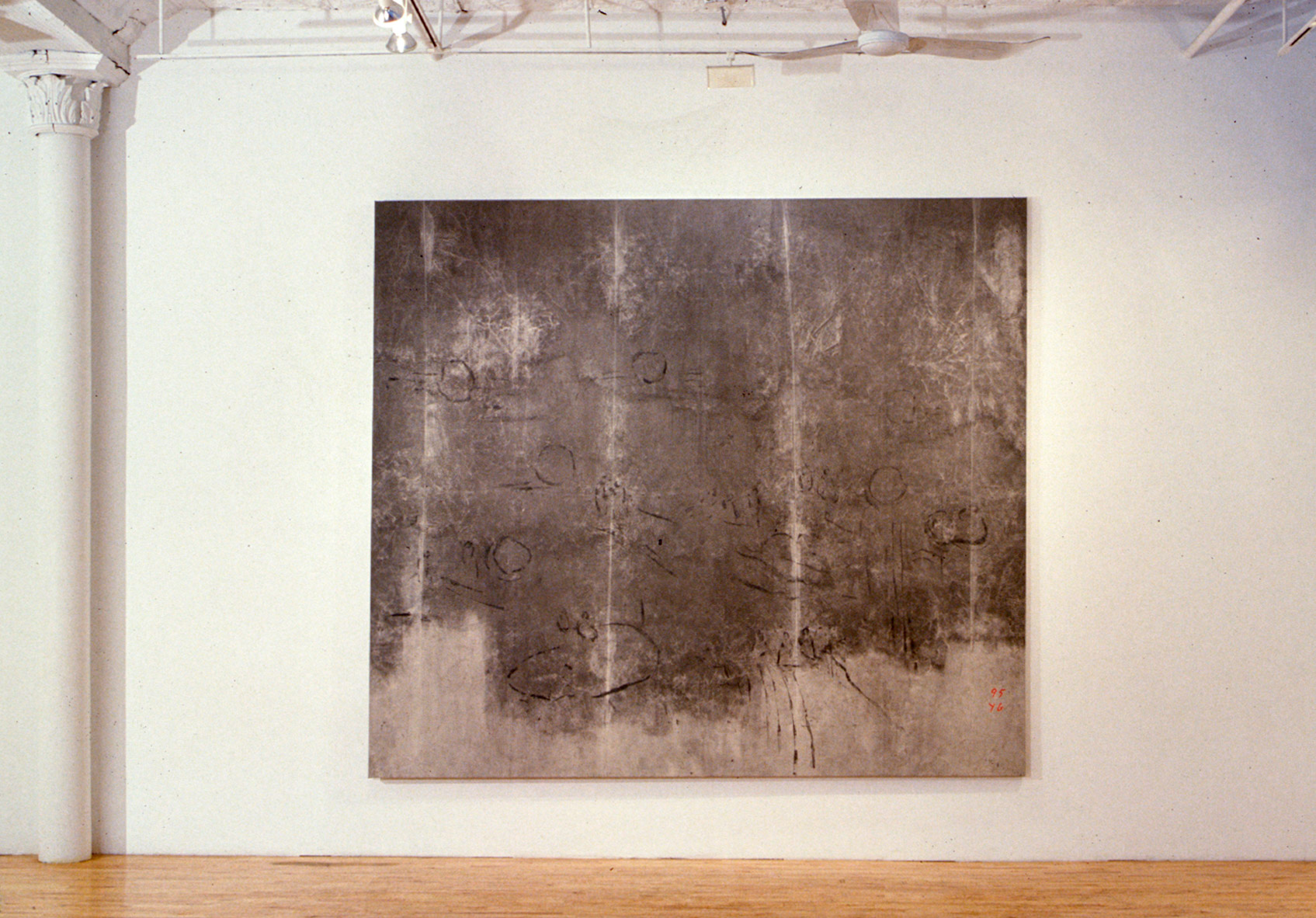 Art Projects International (API) is pleased to announce a solo exhibition of recent work by Yeong Gill Kim. His new body of works will be presented from September 5 to October 12 at API.

Yeong Gill Kim’s solo show at API followed by his solo exhibition at the Kumho Museum of Art, Seoul, Korea gives rise easily to the question as to how this painter of Korean origin who now lives and works in New York has arrived at two places at once. Superficially this question is answered by following Mr. Kim’s educational and career path as it goes from several Universities in Korea to the Pratt Institute in Brooklyn and develops into numerous group and solo exhibitions in both New York and Korea. More importantly–and more in Mr. Kim’s’ case than with many other artists overtly wrestling with multiple traditions–Mr. Kim’s success lies in his assimilation of both eastern and western traditions, his acknowledgement of being influenced by and unavoidably immersed in several cultures, and his ability to forge his experience into successful paintings which are singularly his own.

Mr. Kim’s recent paintings are large works of acrylic on canvas. The colors, predominately, range from light gray to black. The landscapes and figures depicted are rendered with simple lines reminiscent of Korean ink painting. The ground which these lines inhabit has been created by soiling and staining a canvas, before it is stretched, while simultaneously folding, crumpling and otherwise abusing it. On larger works Mr. Kim’s initials “Y” and “G” and the last two numbers of the year in which the painting was produced are painted in red somewhere in plain view on the canvas surface.

These recent works with their multiple perspectives and deceptively simple rendering of landscape and figure look much connected to the tradition of Korean ink painting from which they do indeed come. But it would be a mistake to take them as just this, or even to take them as being products of an Asian tradition under some small degree of western influence. It is evident when looking at Mr. Kim’s early work of conceptually based collage; formalist arrangements of minimalist drawing; experiments with media; or his realistically rendered, photographically derived, politically motivated figurative work that he has a thorough understanding, and not just a passing acquaintance, with traditions and means of working other than those obviously referenced in his current work.

Thus when the viewer sees the red date and signature of one of Mr. Kim’s recent paintings the first association may be with the chop signature of a traditional Korean ink drawing, but it may just as easily be considered as a formal addition to the painting much in the way that Robert Ryman has continued in his work of 1996 to incorporate the date into his own seemingly minimalist, abstract paintings. In the same manner when looking at the nature of the paintings worked surface, the imagery’s style of rendering, or the scale and impact of the works one must consider multiple traditions. Finally the viewer is left having to acknowledge how carefully Mr. Kim has positioned himself among his traditions of influence.

A bi-lingual, full-color exhibition catalogue is available and published in conjunction with the solo exhibitions of recent works by Yeong Gill Kim scheduled to be presented at Art Projects International (API) in New York City from September 5 to October 12, 1996, and at the Kumho Museum of Art in Seoul, Korea from March 5 to March 25, 1997. The exhibition catalogue was made possible in part by the generous support of the Kumho Museum of Art. 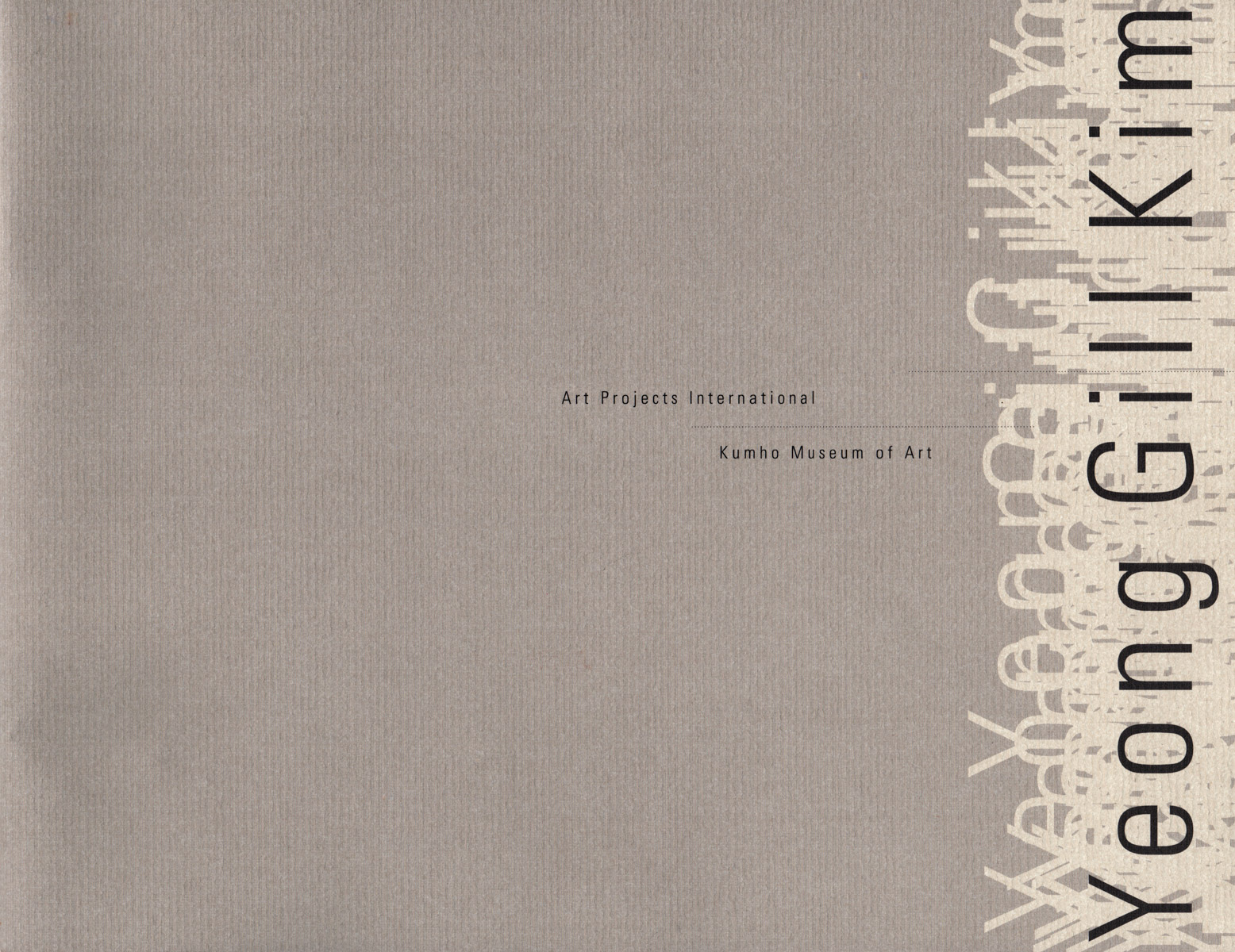 Born in Korea, now living in New York City, this painter works on a large scale in black and white acrylic. The canvas surfaces are scuffed and stained, setting up smudgy, accidental landscapes, with mountains defined here and there by clusters of curved lines. Read More