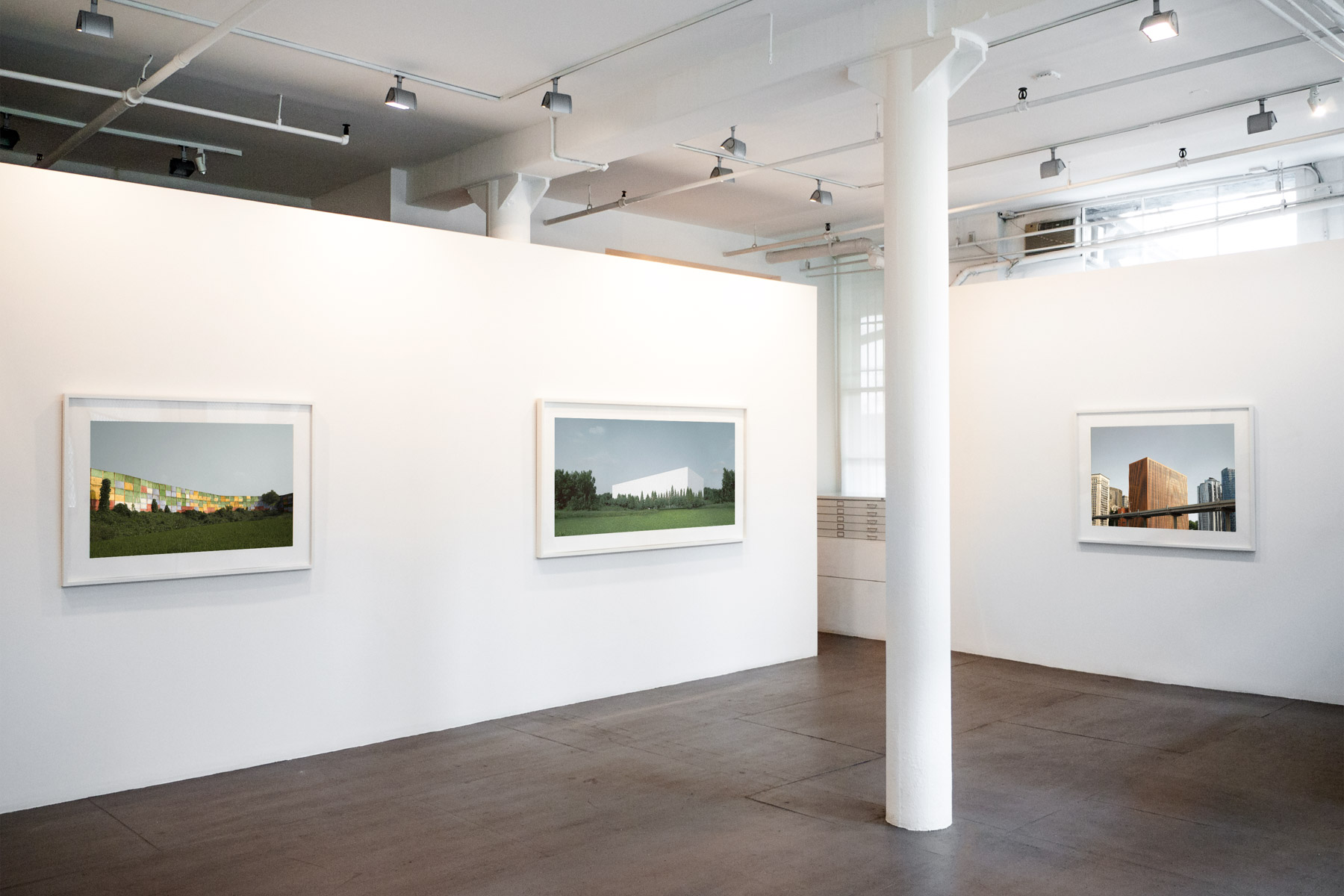 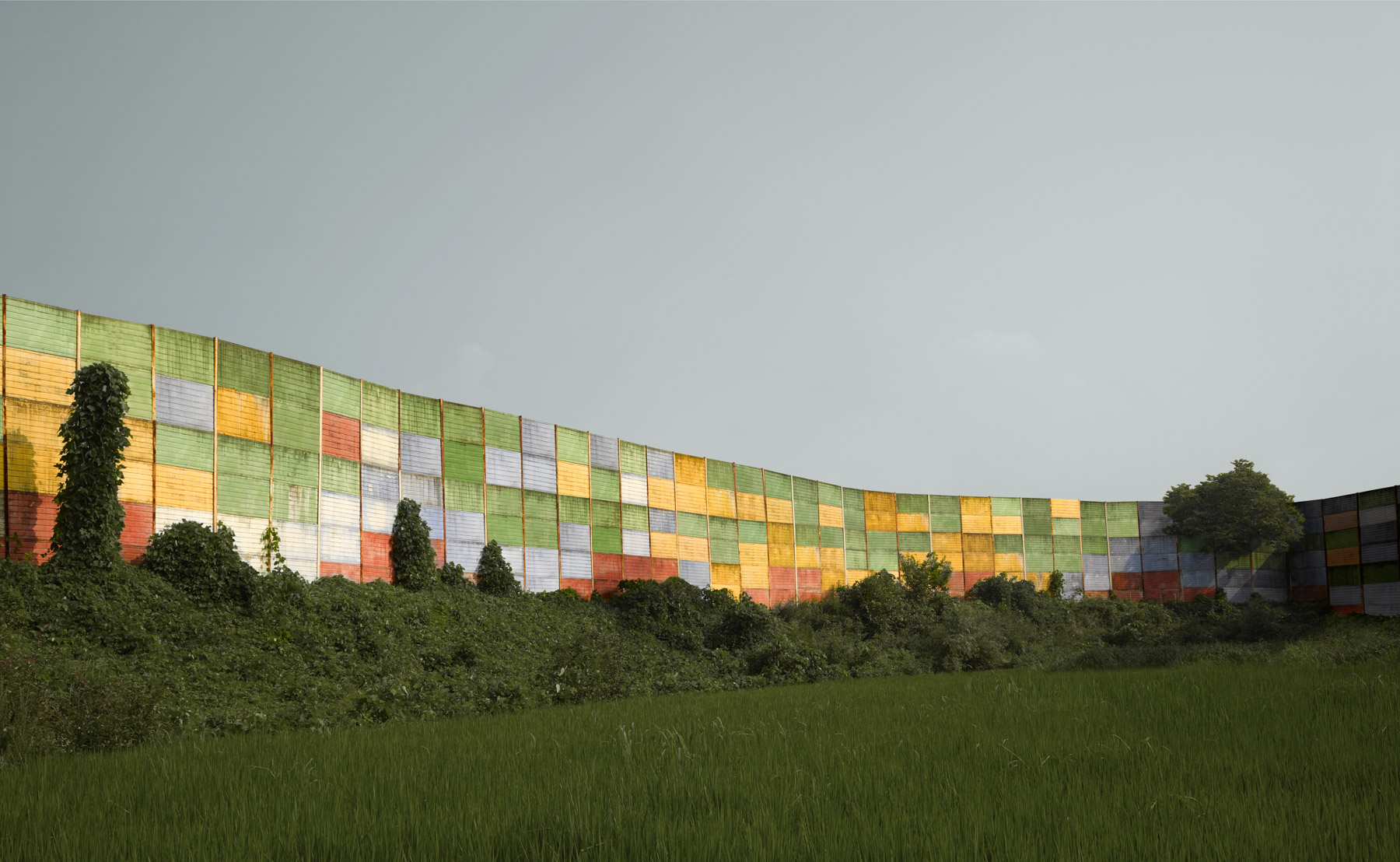 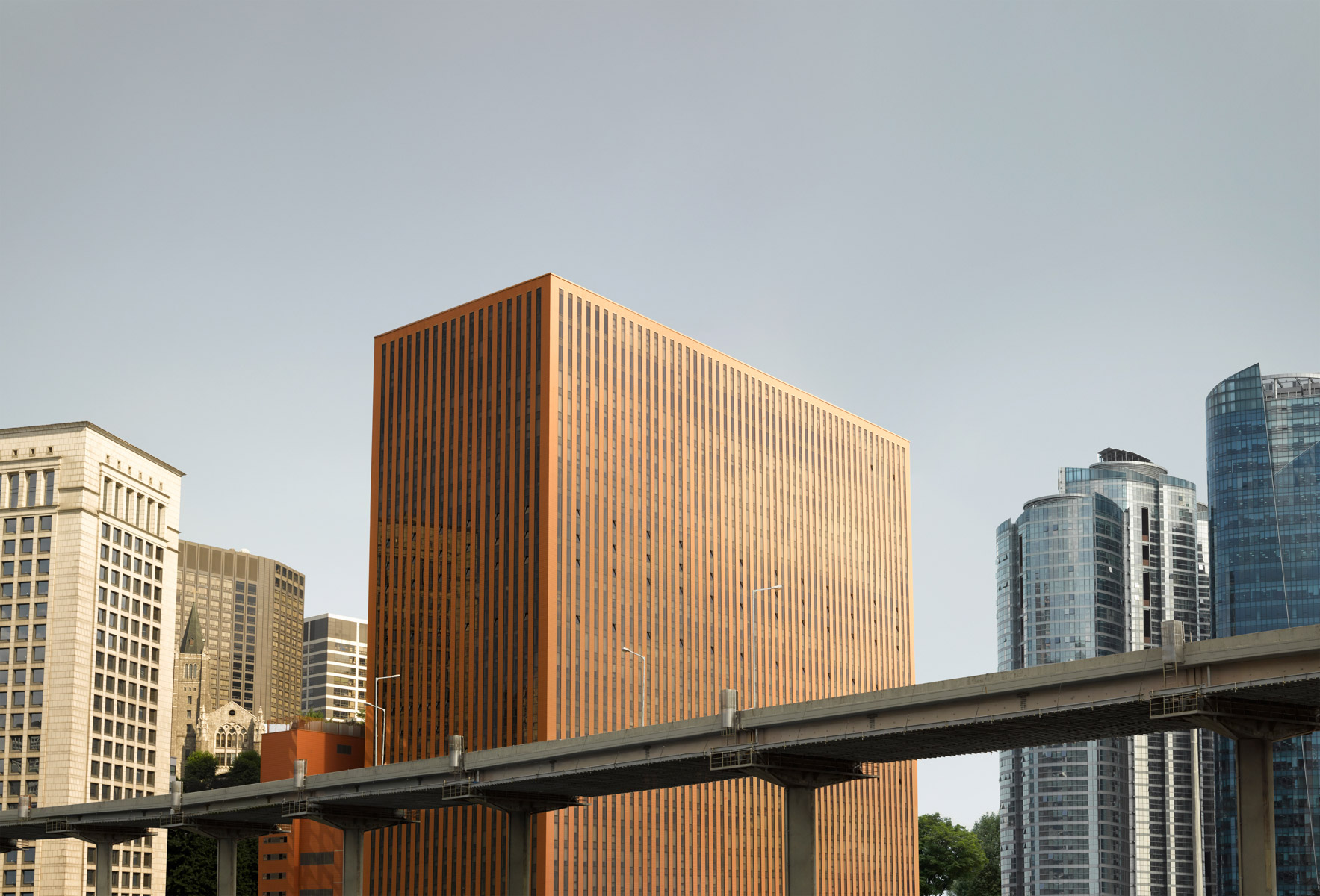 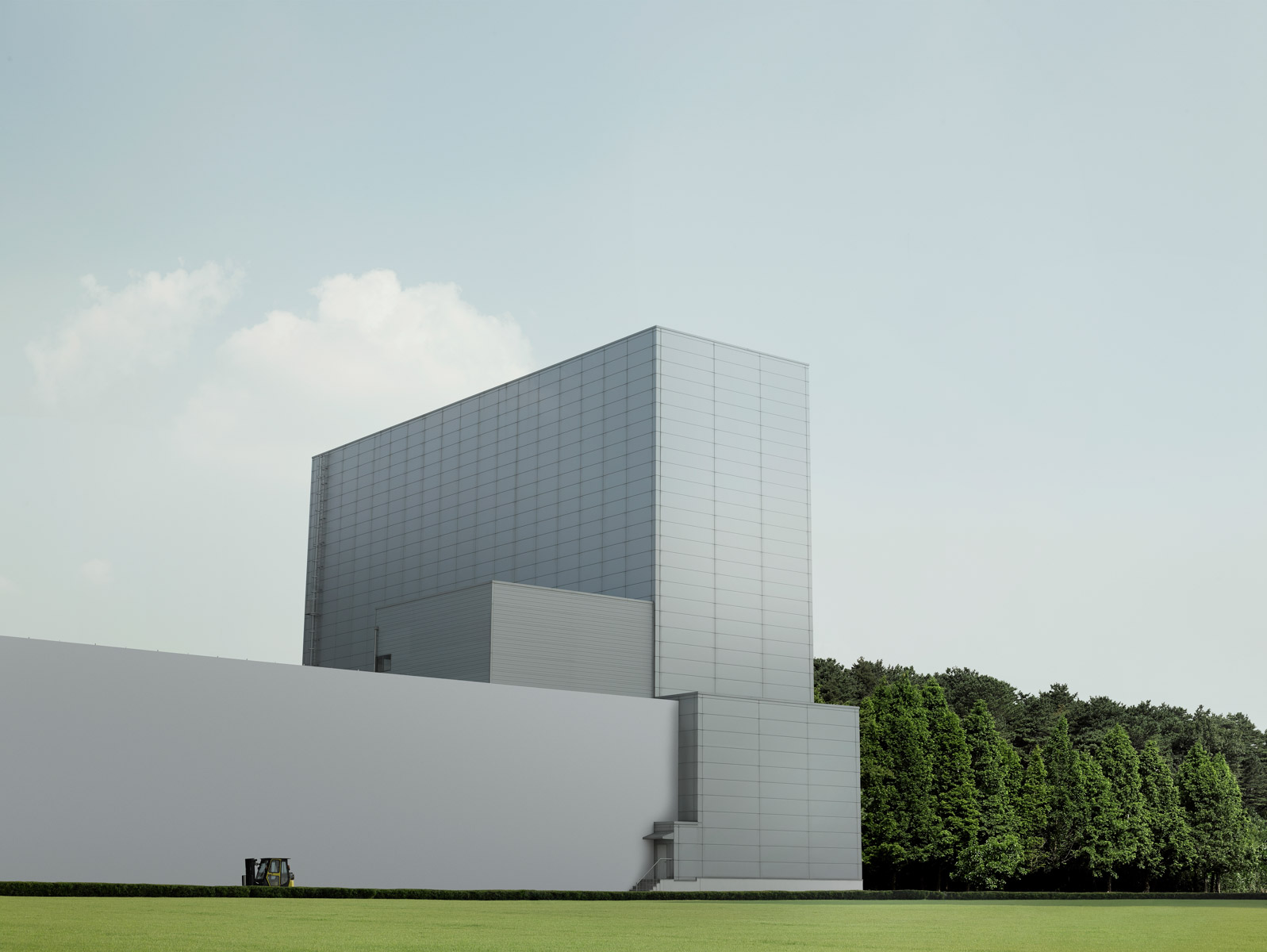 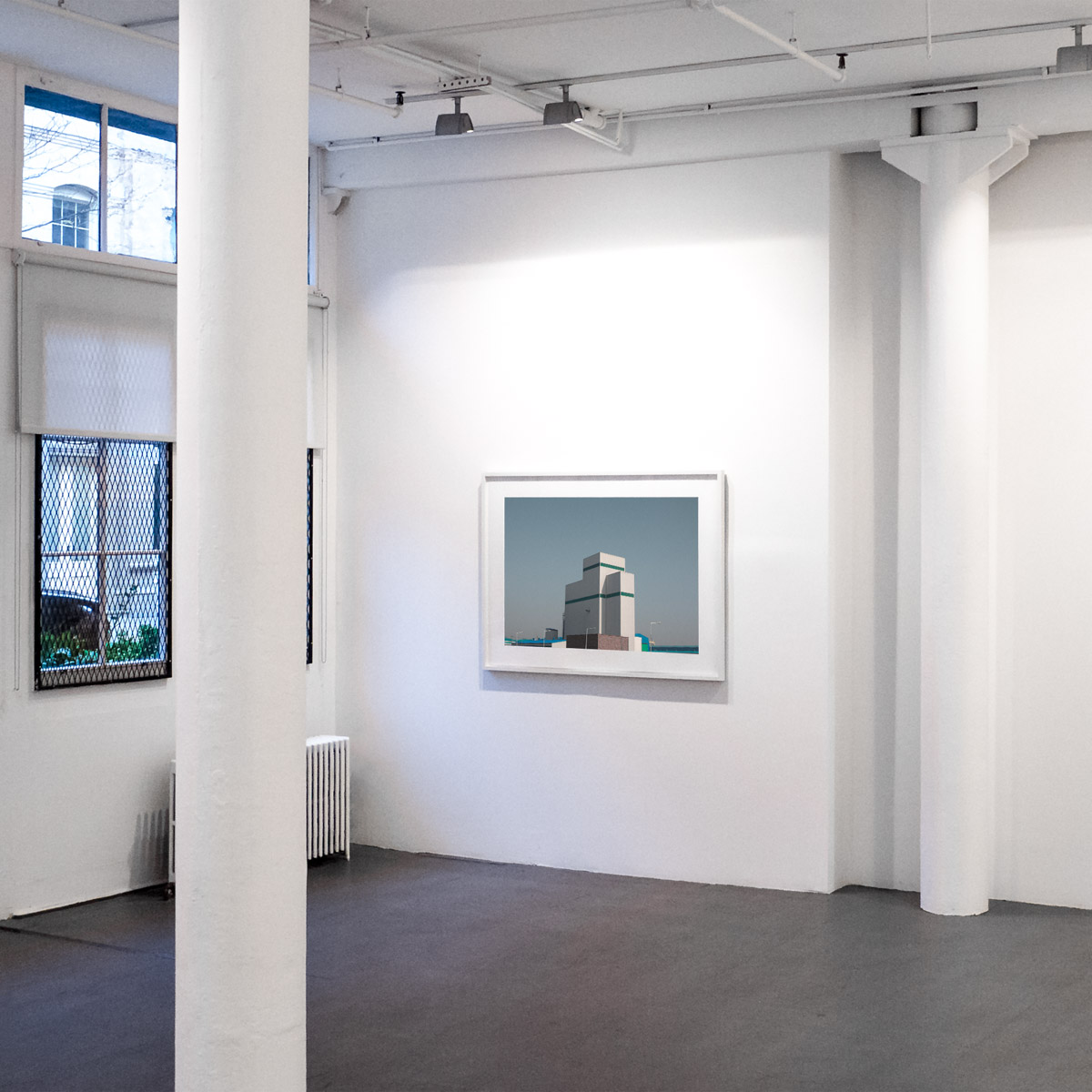 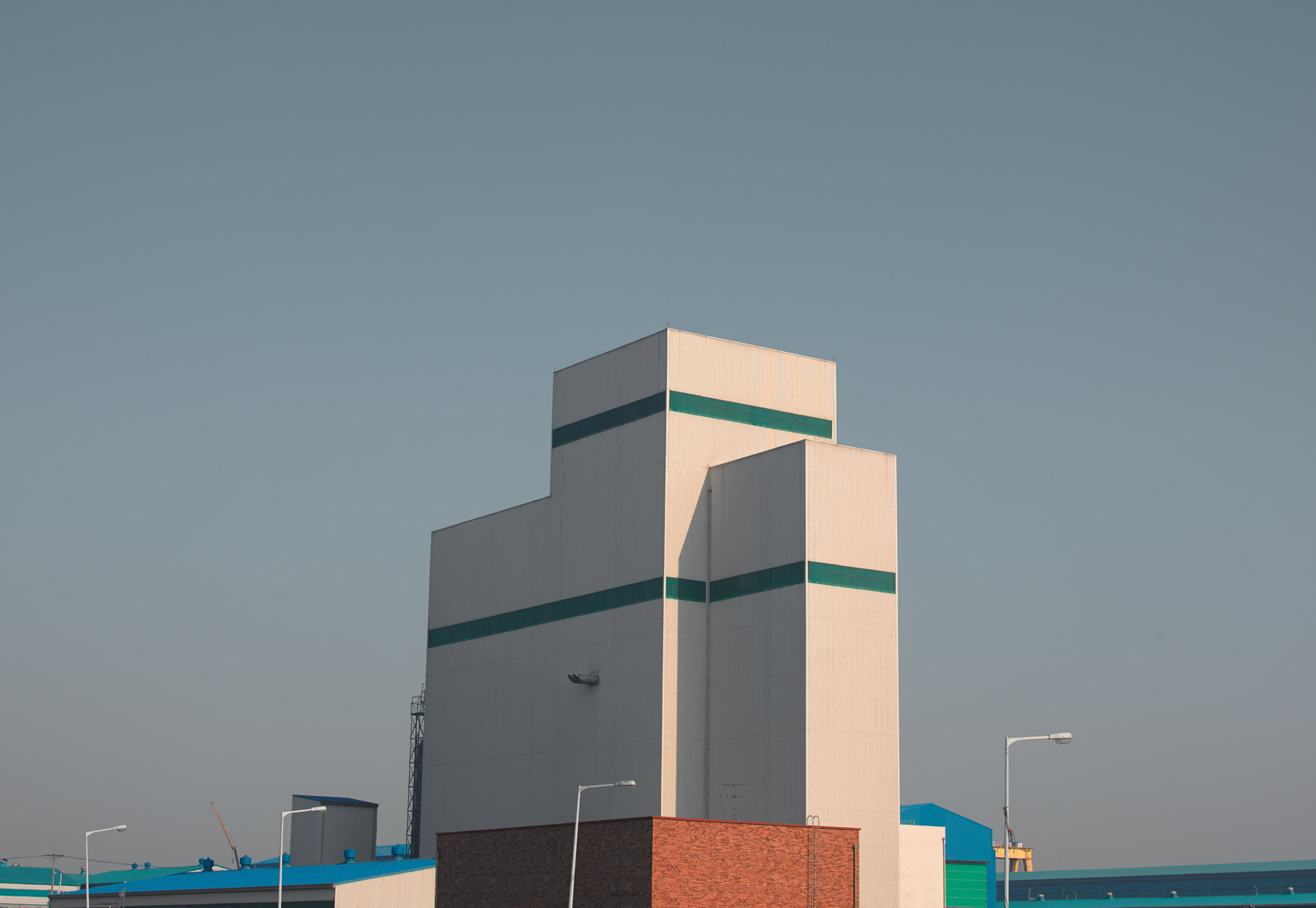 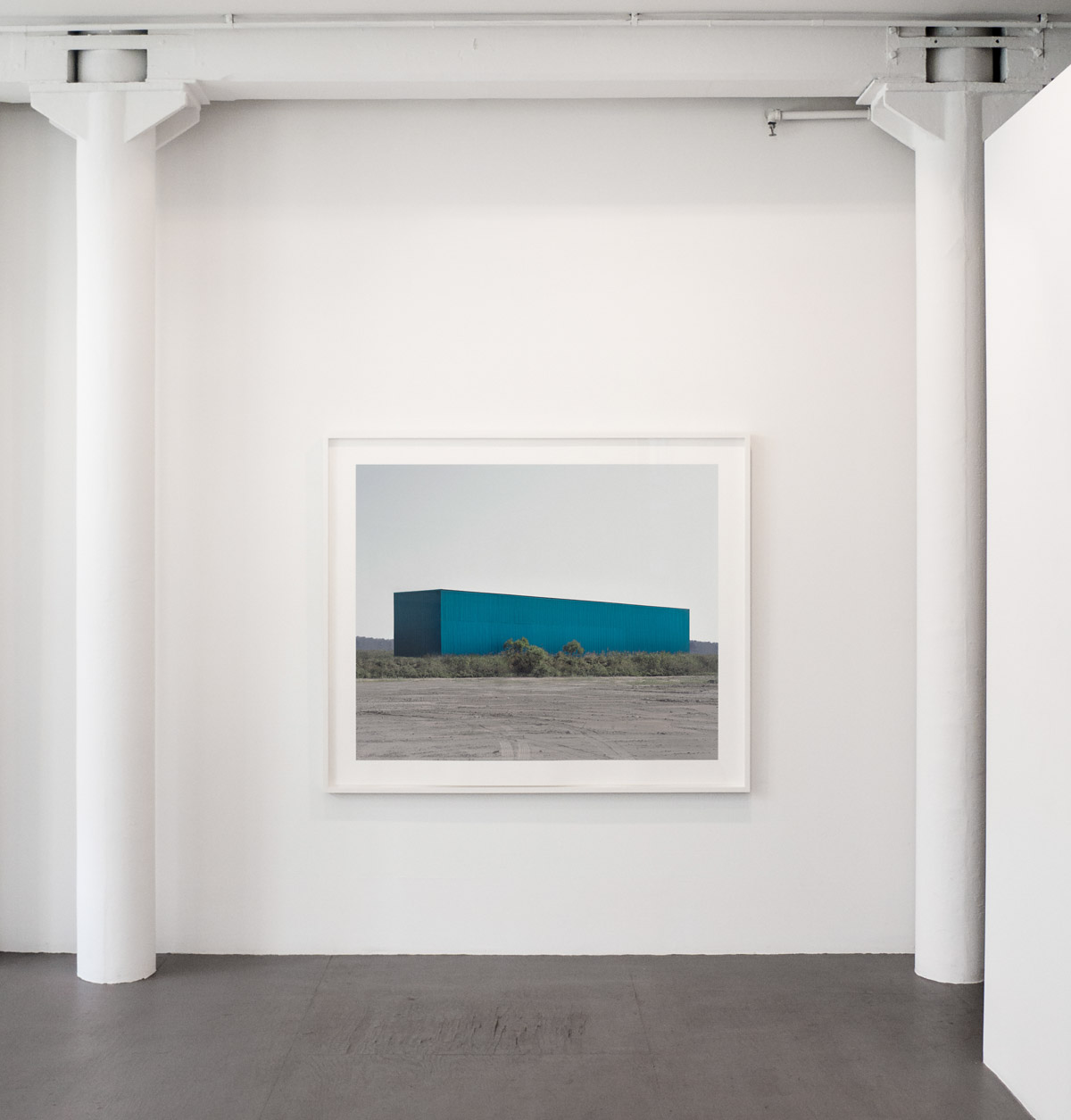 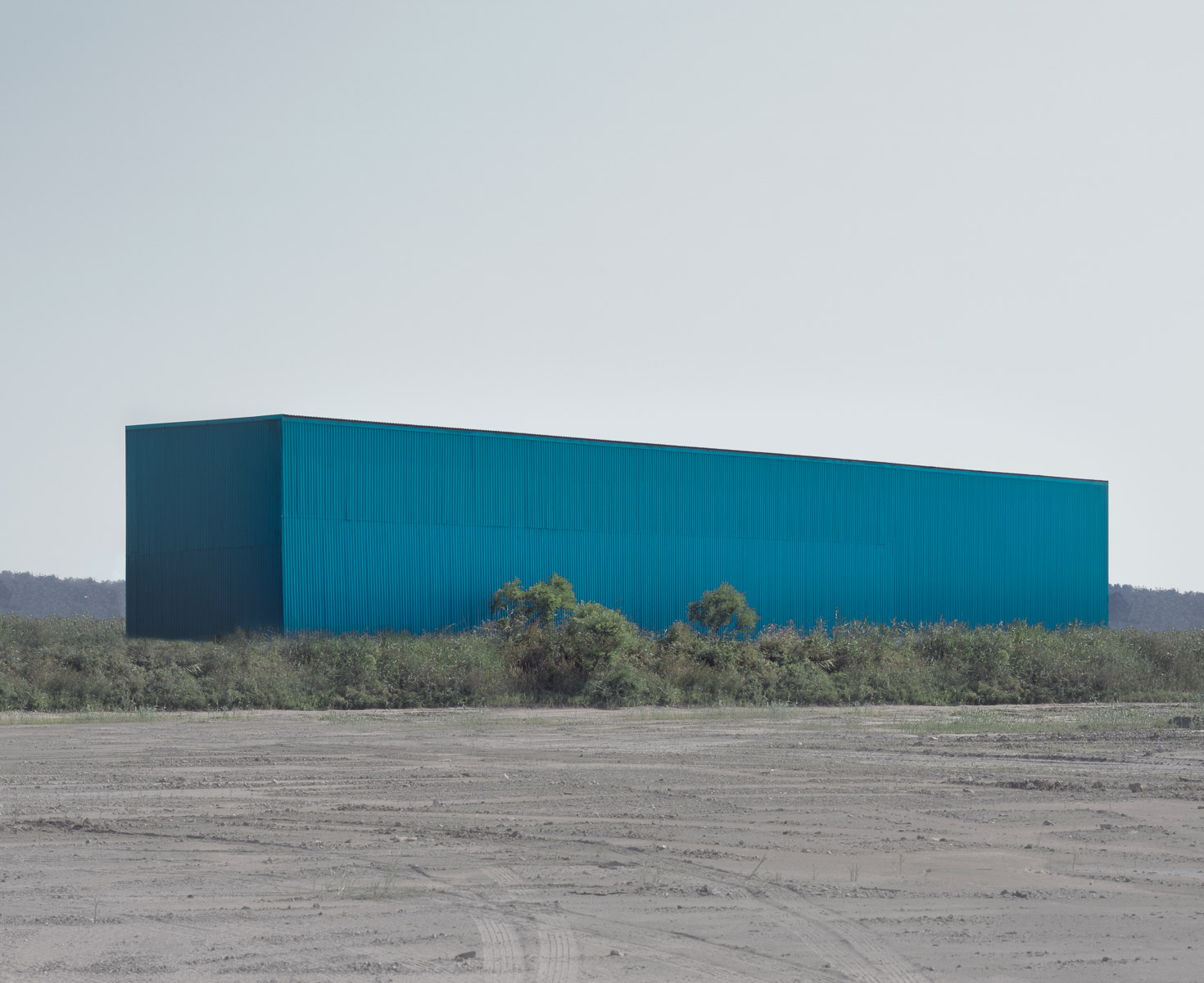 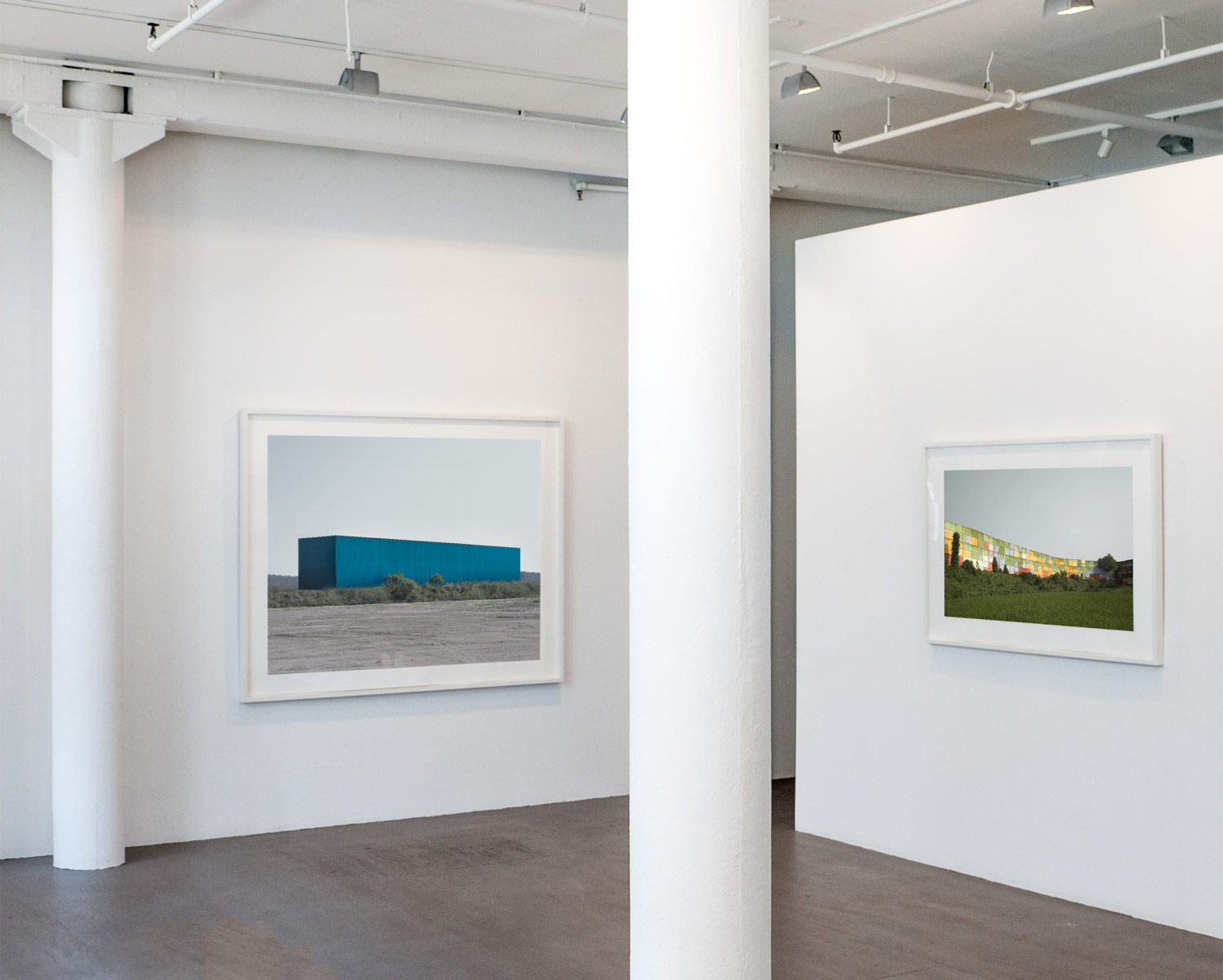 Art Projects International is pleased to announce the opening of Strip Show, a new series of photographs by Seokmin Ko. Strip Show follows Ko’s widely acclaimed series The Square and is the artist’s second solo exhibition at the gallery. On view from October 22 to December 20, 2014, the exhibition will kick off Asian Contemporary Art Week in New York City.

Seokmin Ko’s new series of photographs Strip Show, of buildings and structures in rural and urban landscapes, brings to mind his previous series, The Square, of landscapes and cityscapes in which a mirror (held in the central part of the landscape photograph by a figure mostly hidden by the mirror) reflects back to the viewer more of the landscape—never the photographer. In one of the recent Strip Show works, a large featureless blue building rests amid scrub on the far end of an empty dirt lot. In another, a stark white volume (also windowless) is set across a green field and surrounded by trees that only come partially up the building’s height.

What decisive moment has Ko captured? What relationship has Ko established with his viewer? These massive, often unvariegated structures look digitally generated, plopped into photographed landscapes. But they are not. This is the moment: the real becomes a not-so-convincing phantom of itself. Ko plays on the sophistication of the contemporary eye that can discern CGI in a nanosecond. In front of Ko’s photographs, the eye calls fake and the artist responds, “not so fast.”

Ko takes pains to find his decisive structures; a logo may be stripped from the final image, but the viewer, too, could leave the gallery and locate each of the depicted environments. Back in Ko’s photographs, structures are caught between archetype and screensaver—a bronze skyscraper sits in the Seoul skyline like a toy. A massive, aging, industrial wall wraps around a foreground of grass and lush vegetation, its faded, pied coloring the backdrop of an endlessly postponed video game battle. The photographs, having stopped the viewer, return to their original art function. They facilitate reconsideration of the world that remains after androids blink. For viewing assistance, to step sideways, Dan Graham’s two-way mirror pavilions can be utilized; the Ko photographs, also, reflect the viewer’s expectant gaze, provoke consideration of the future, and are both portals and transformative objects.

The exhibition is accompanied by a fully-illustrated catalogue with an essay by Erik Bakke. 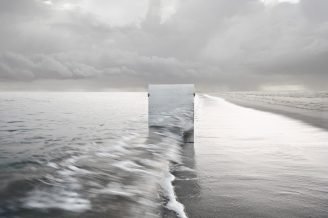 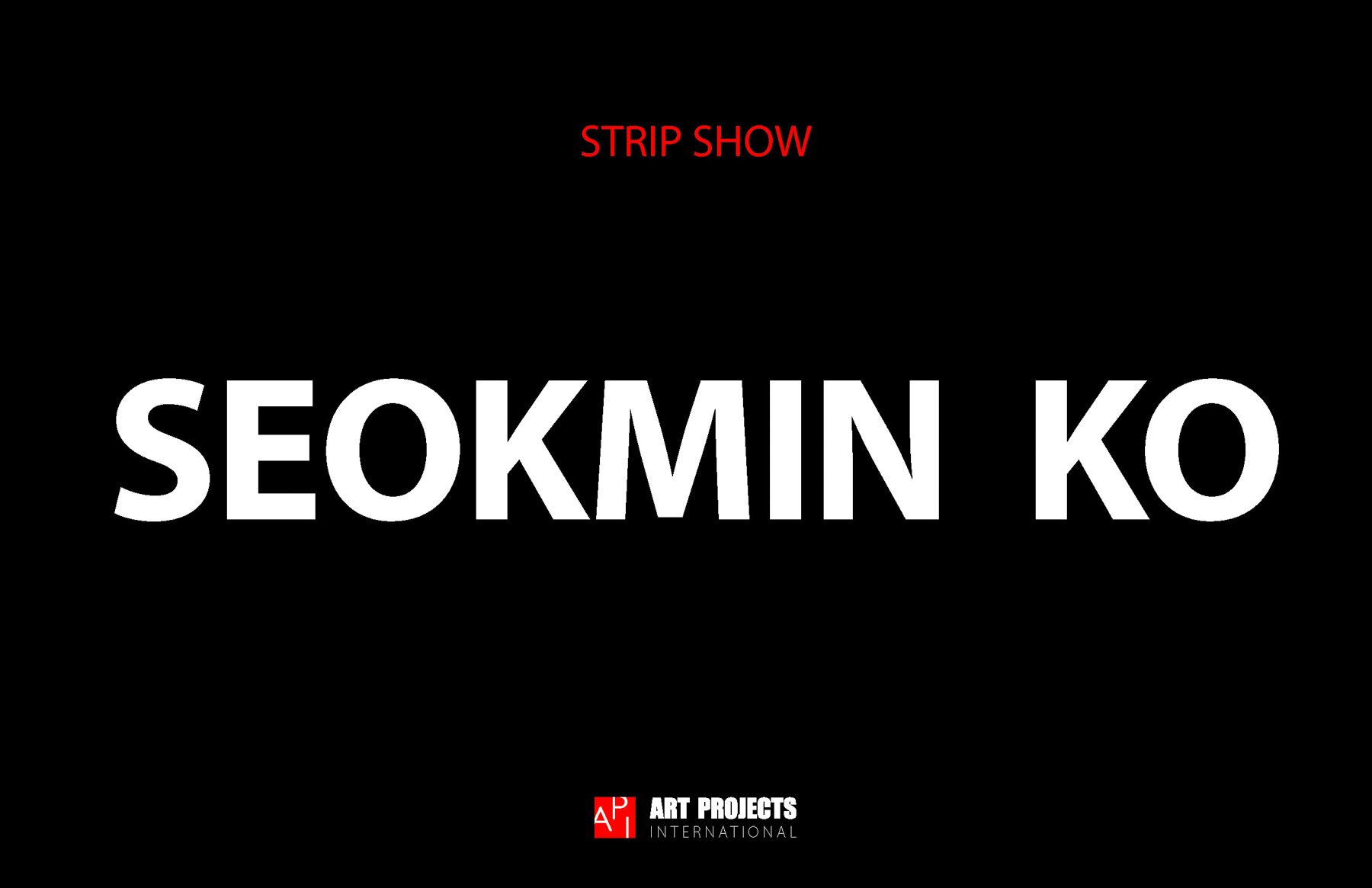 Seokmin Ko’s “Strip Show” proved that minimalism, for all its purity, can still play tricks on the eye. For his second U.S. show, this Korean photographer exhibited six works from the ongoing series he began in 2013, starting with Blue Square (2013), a photograph of a cobalt-blue storage unit set in the middle of an overgrown field... Read More