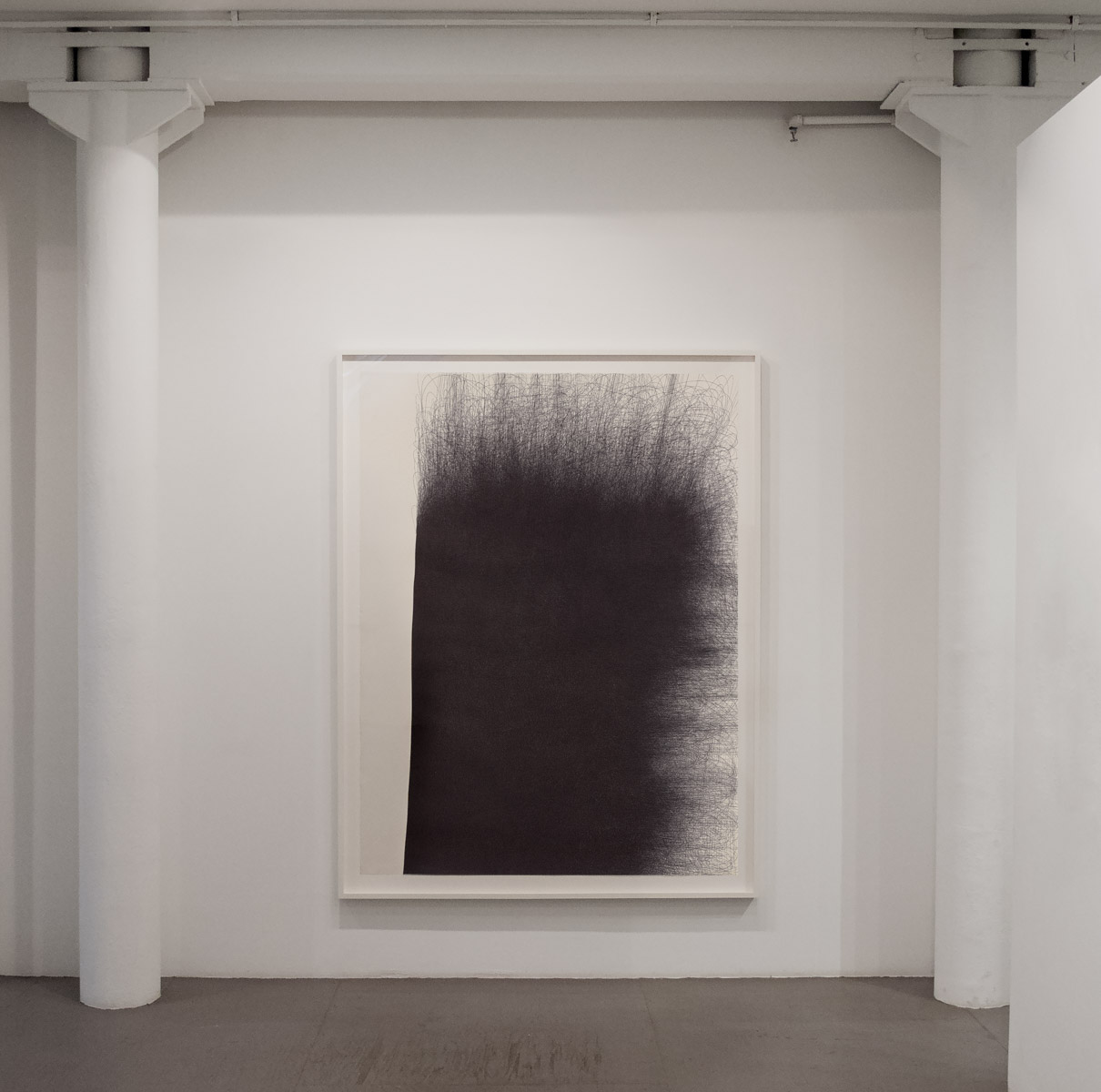 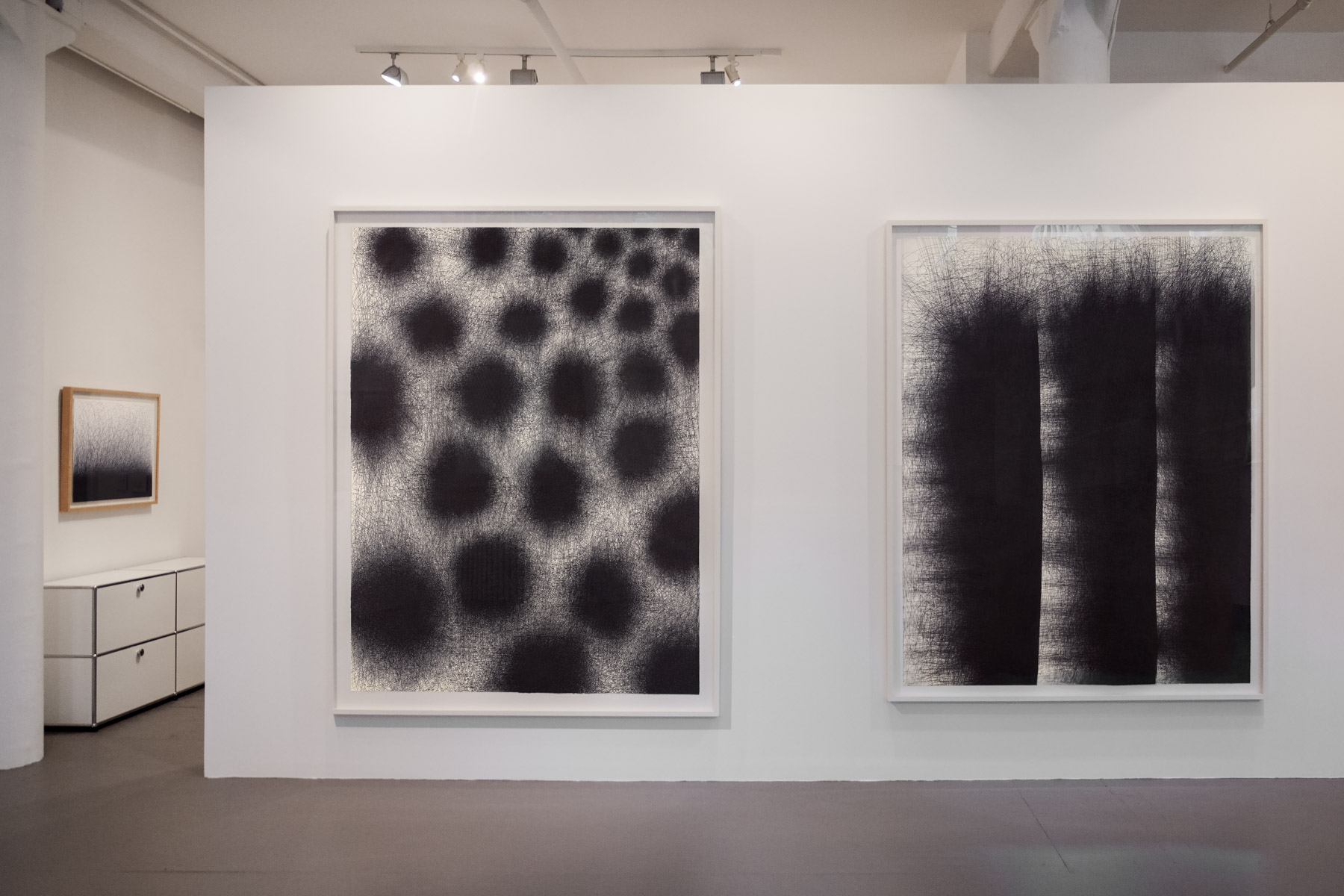 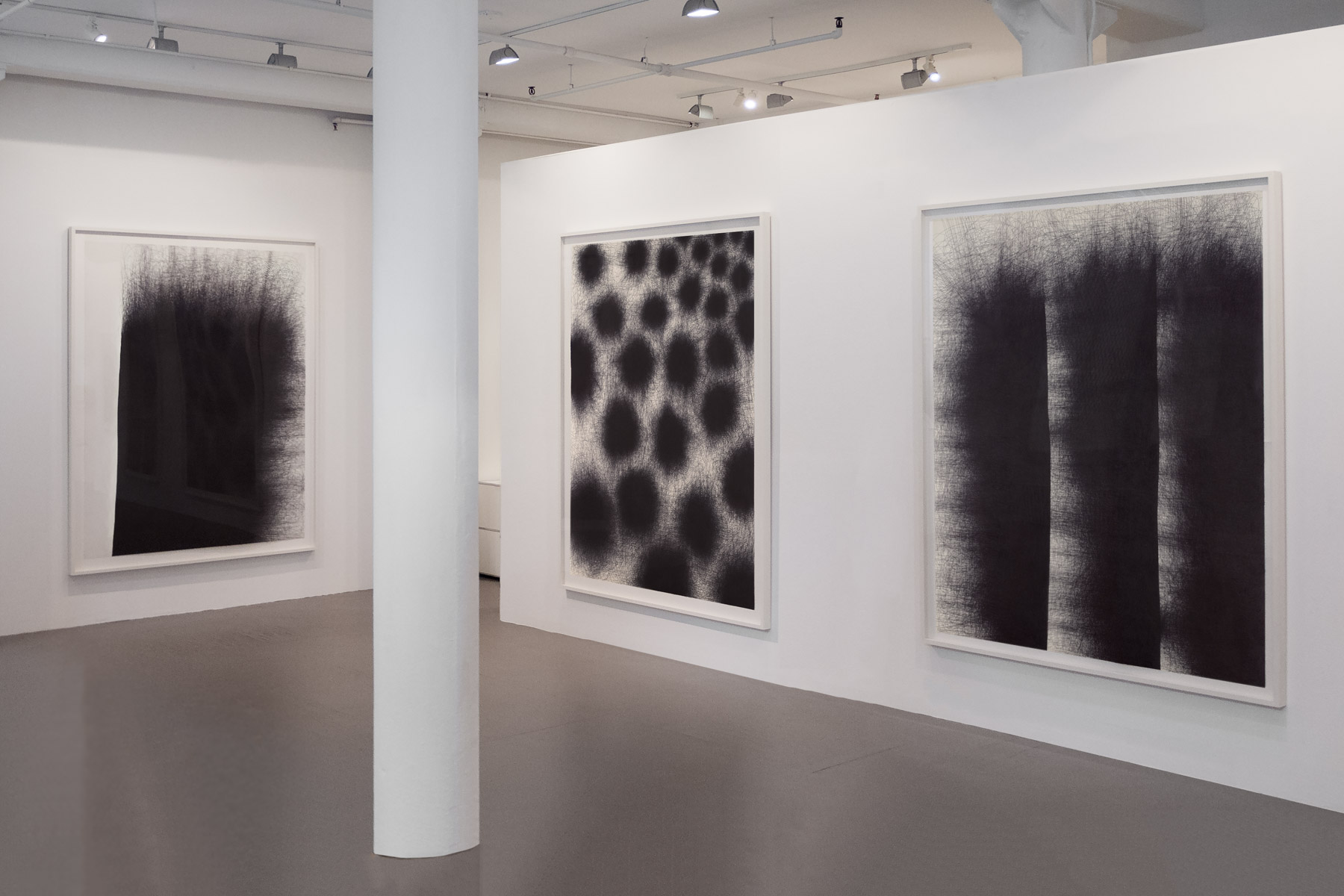 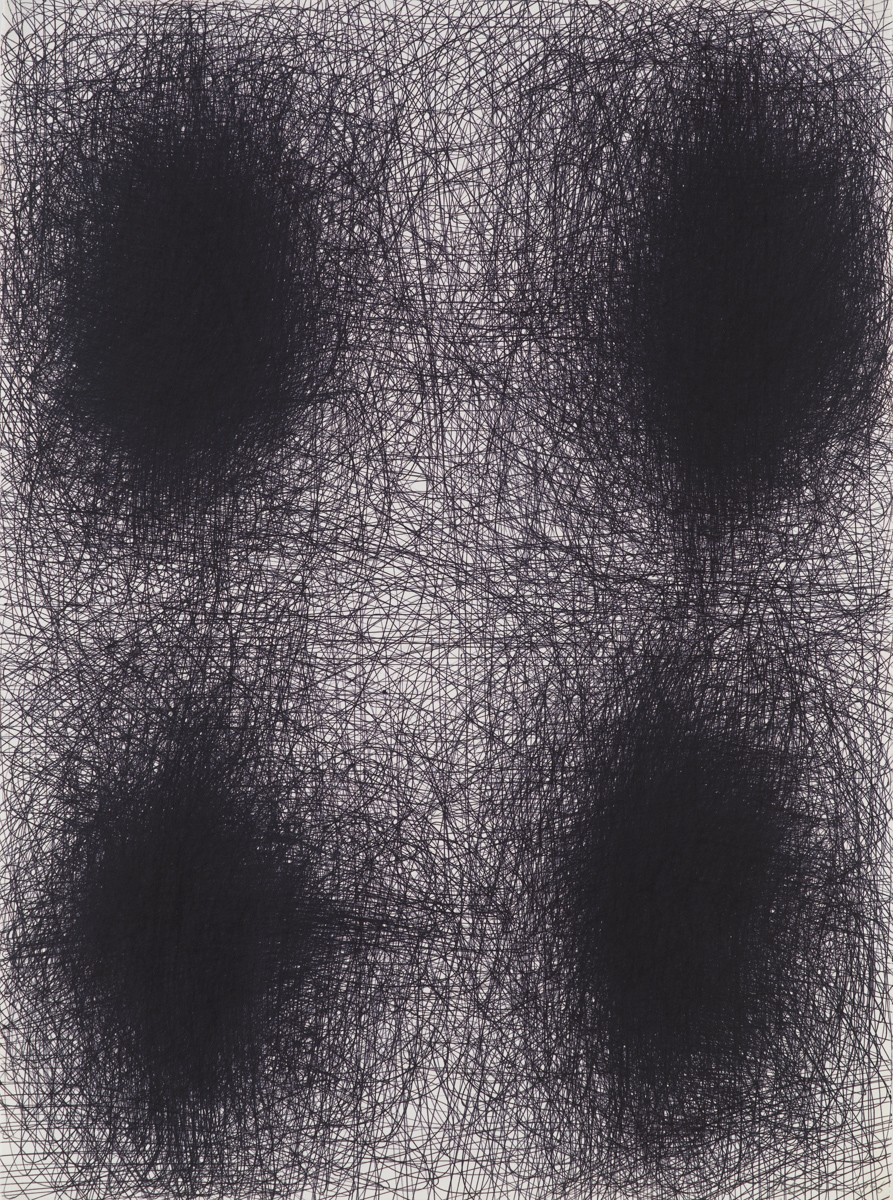 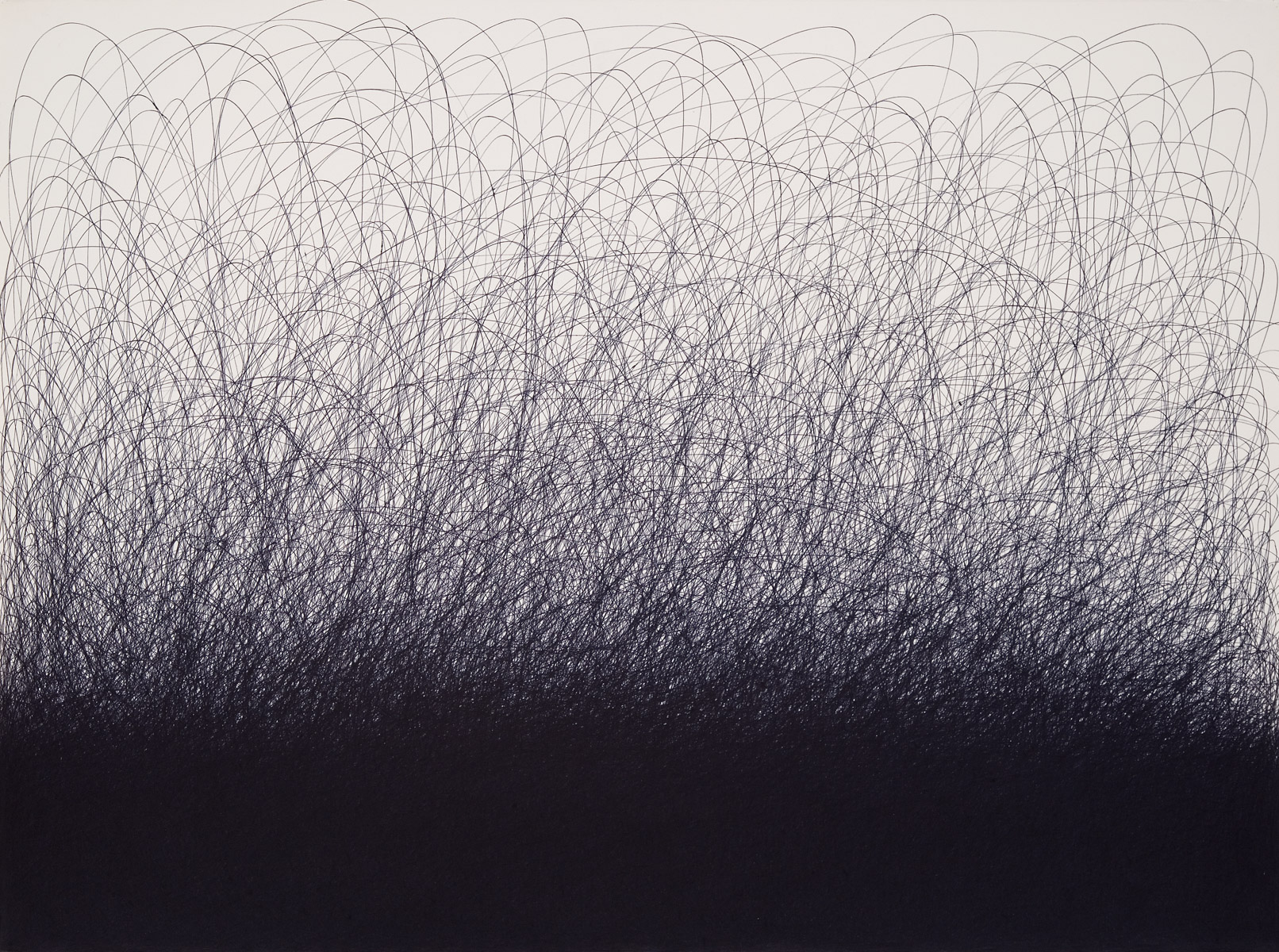 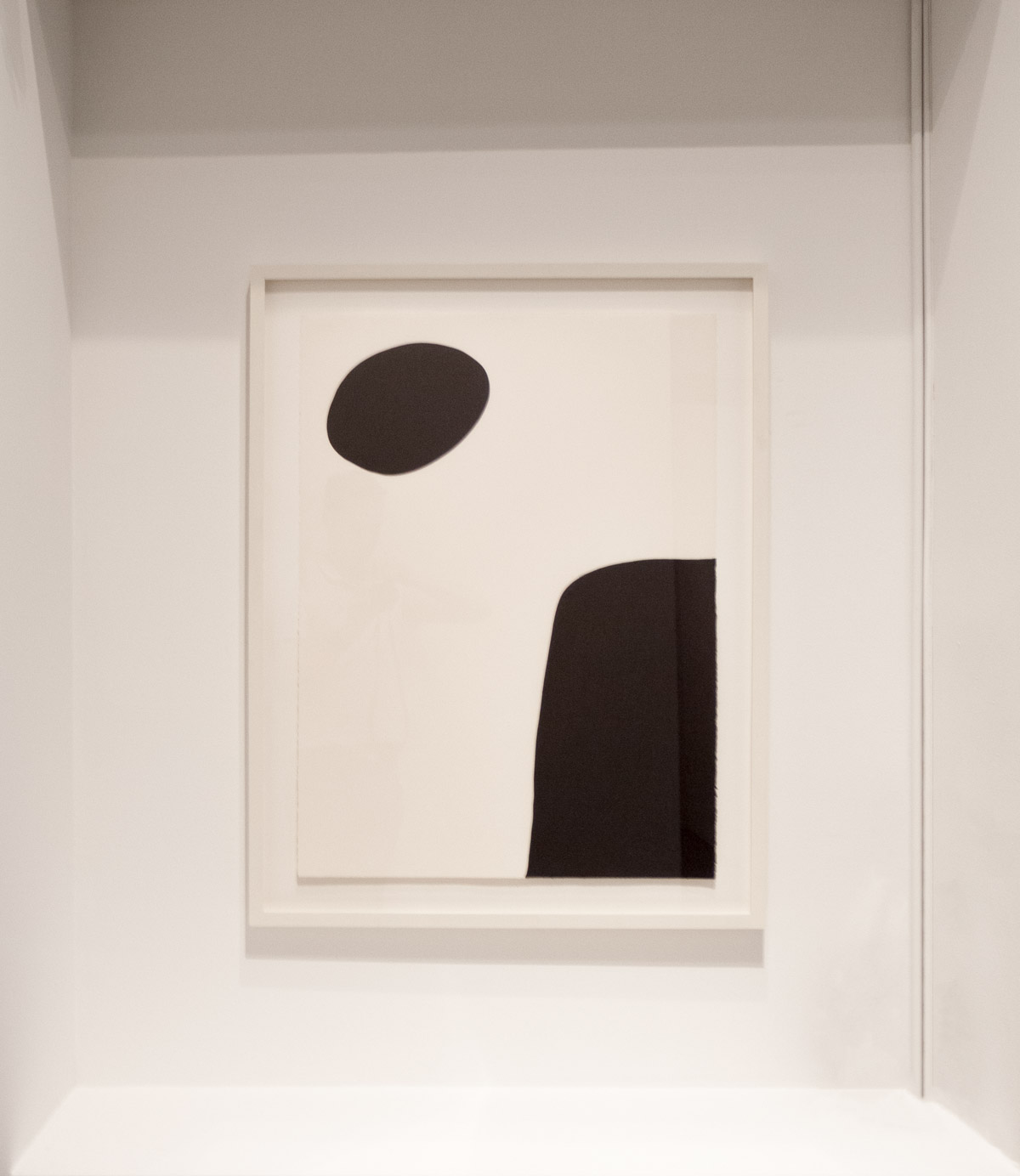 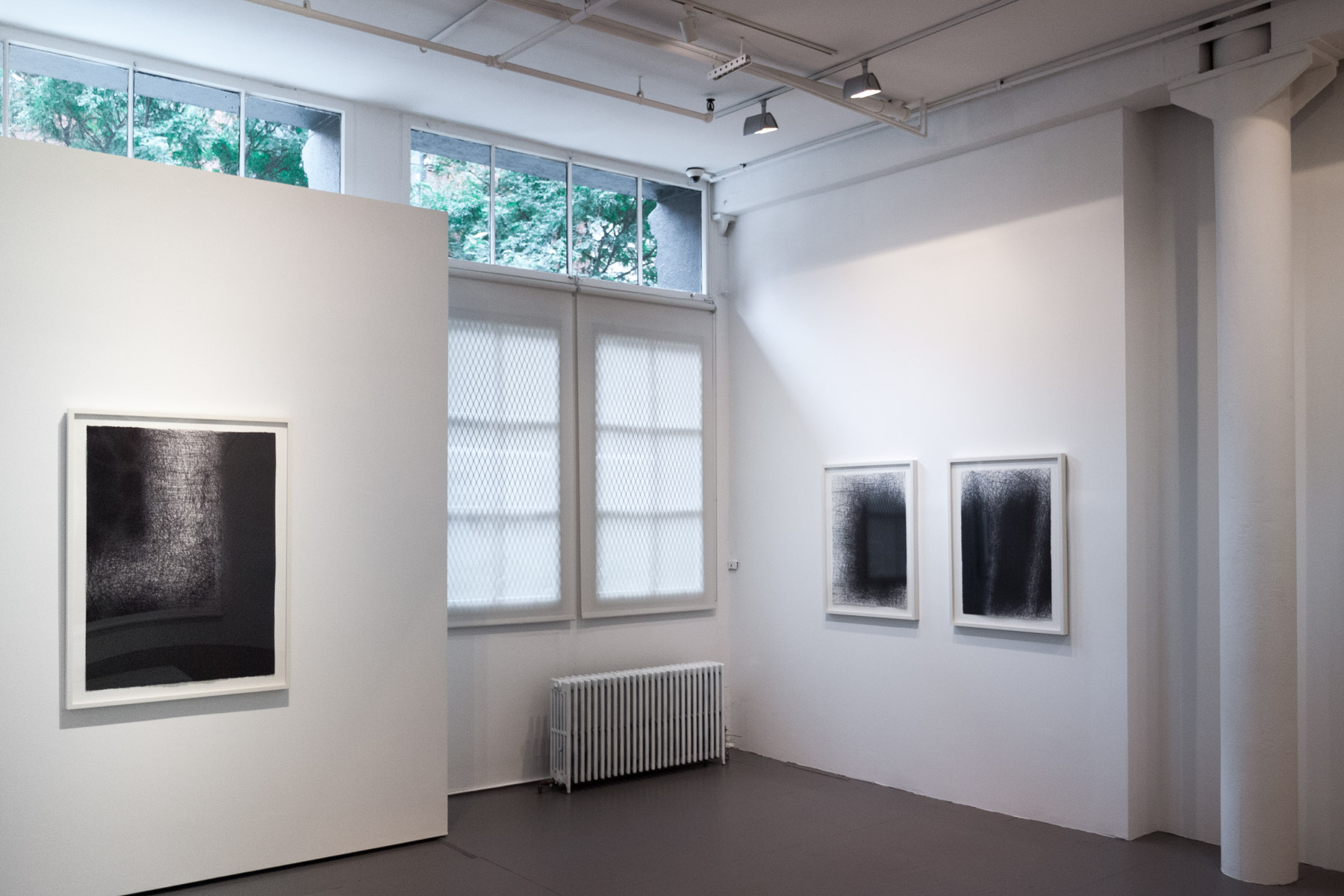 Art Projects International is pleased to present IL LEE: The 90s from September 13 to October 27, 2018, at 434 Greenwich Street in Tribeca, New York City. Focusing on works by Il Lee from the 1990s, this exhibition brings together select breakthrough black ballpoint pen on paper works that first introduced the energetic, exhilarating mark-making which remains characteristic of his later signature works. To accompany the exhibition, a fully-illustrated brochure with an essay by Erik Bakke will be published.

This is the first exhibition to concentrate solely on works from this critical decade in the artist’s career and includes a loan of Untitled 292 (1992), a stunning example of an early black ink on paper work that was part of an important exhibition at Art Projects International in SoHo in 1997 (Line and Form, Drawings 1984-1996), the first in-depth survey of Lee’s ballpoint pen drawings on paper over twenty years ago. The 90s will also include a group of four large mid-1990s works on paper that represents a radical departure from his previous works: Untitled 9627, a never before exhibited work, presents an iconic Il Lee form constructed out of and unified by teeming ballpoint pen lines; and three similarly large works — Untitled 966, Untitled 967 and Untitled 9622 — that were part of Lee’s critically-acclaimed, mid-career retrospective at the San Jose Museum of Art (SJMA) in 2007, seen here in New York for the first time. In her catalogue essay that accompanied the SJMA exhibition, curator JoAnne Northrup reflects on this exceptionally productive period: “Lee’s mid-1990s drawings revealed a more complex interaction between figure and ground…. In the mid-1990s, Lee was in an experimental frame of mind. He began drawing hard-edge, amoeba-like shapes — a short-lived investigation. He also began to use much larger paper, a decision that would have far-reaching consequences for the future development of his work.”

Most notably, this exhibition features a special presentation of three large-scale ballpoint pen on paper works — Untitled 978 F, Untitled 978 I and Untitled 978 N — giving viewers a glimpse into the series of powerful drawings from the late 1990s, each measuring up to 82 x 61 inches. As the decade closed, Lee once again expanded his scale and dedicated two years creating one of his most ambitious series of works — the “978” drawings. Striking in their physicality and presence, each work on paper from the 978 series is a major accomplishment of creating a series of line-enmeshed shapes or a solid massive form through the energetic and skillful overlaying of thousands of ball point pen lines. His rigorous process, hidden by the freedom of the mark-making, allows the viewer to retrace the history of each line and better understand the cumulative power of thousands of gestures that make up each work. Art critic Helen Harrison wrote in the New York Times: “For pure linear intensity, Il Lee’s drawings cannot be bettered. They demonstrate how pen and ink can be used to build complex forms that seem held together by some sort of adhesive energy. But around the edges, the line breaks away from the gravitational force that pulls it back in on itself, creating auras that complement the density of bundles. With a ballpoint pen on meticulously prepared surfaces, the artist has achieved remarkably sensuous results.” Over the years, many of the works from the 978 series have been included in various exhibitions or placed in museum collections, and this will be the first time New York viewers will have a chance to see multiple works from the 978 series together in one location.

Surveying the decade of work on view in The 90s, it is evident that the 1990s was a period of intense growth, experimentation and a pivotal decade for Il Lee. The 90s reveals his works from this charged period as standouts for their mastery, unfettered experimentation, and exceptional contribution to contemporary art making. It will be easy for viewers to appreciate the timelessness of his honed aesthetic, contemporary yet existing outside of any easily described genre. 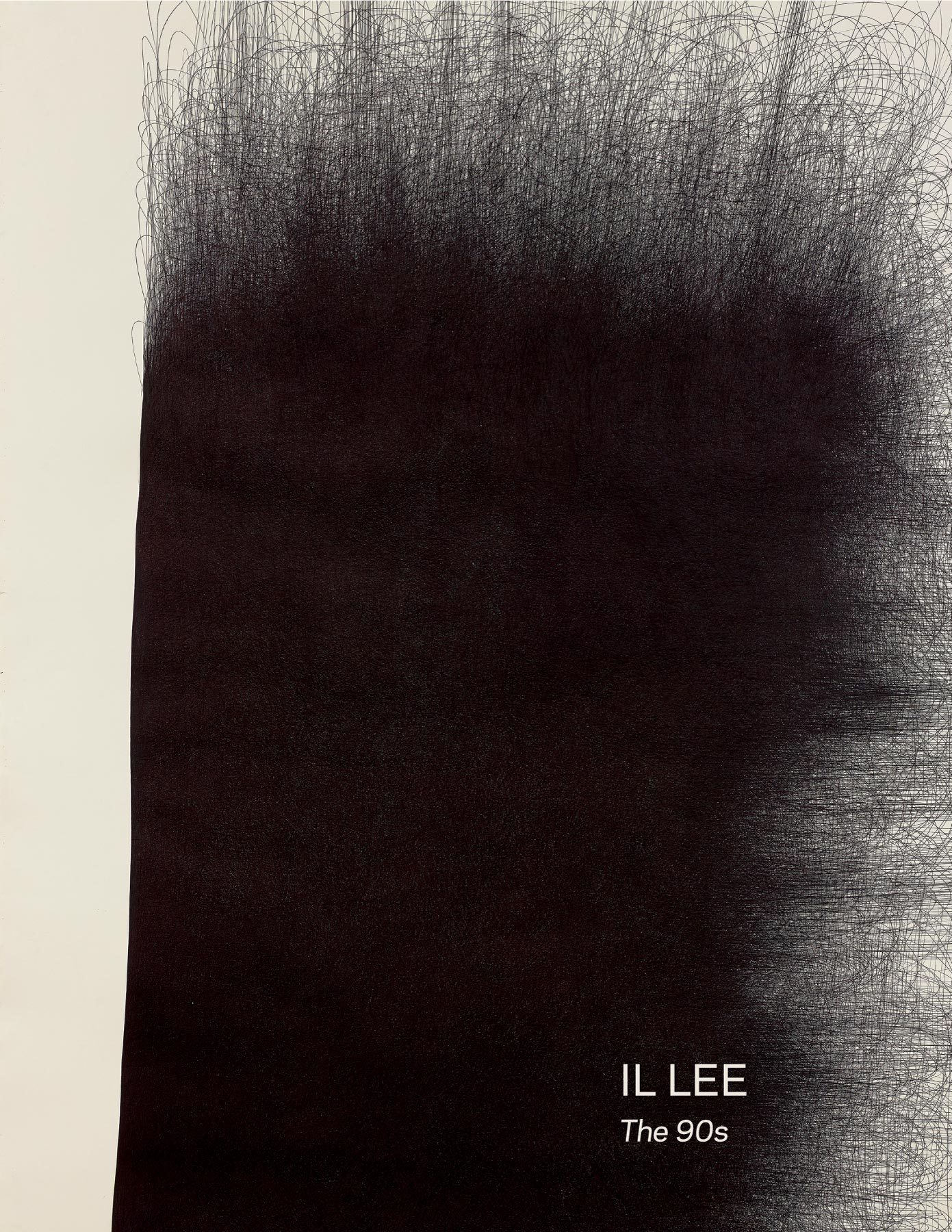