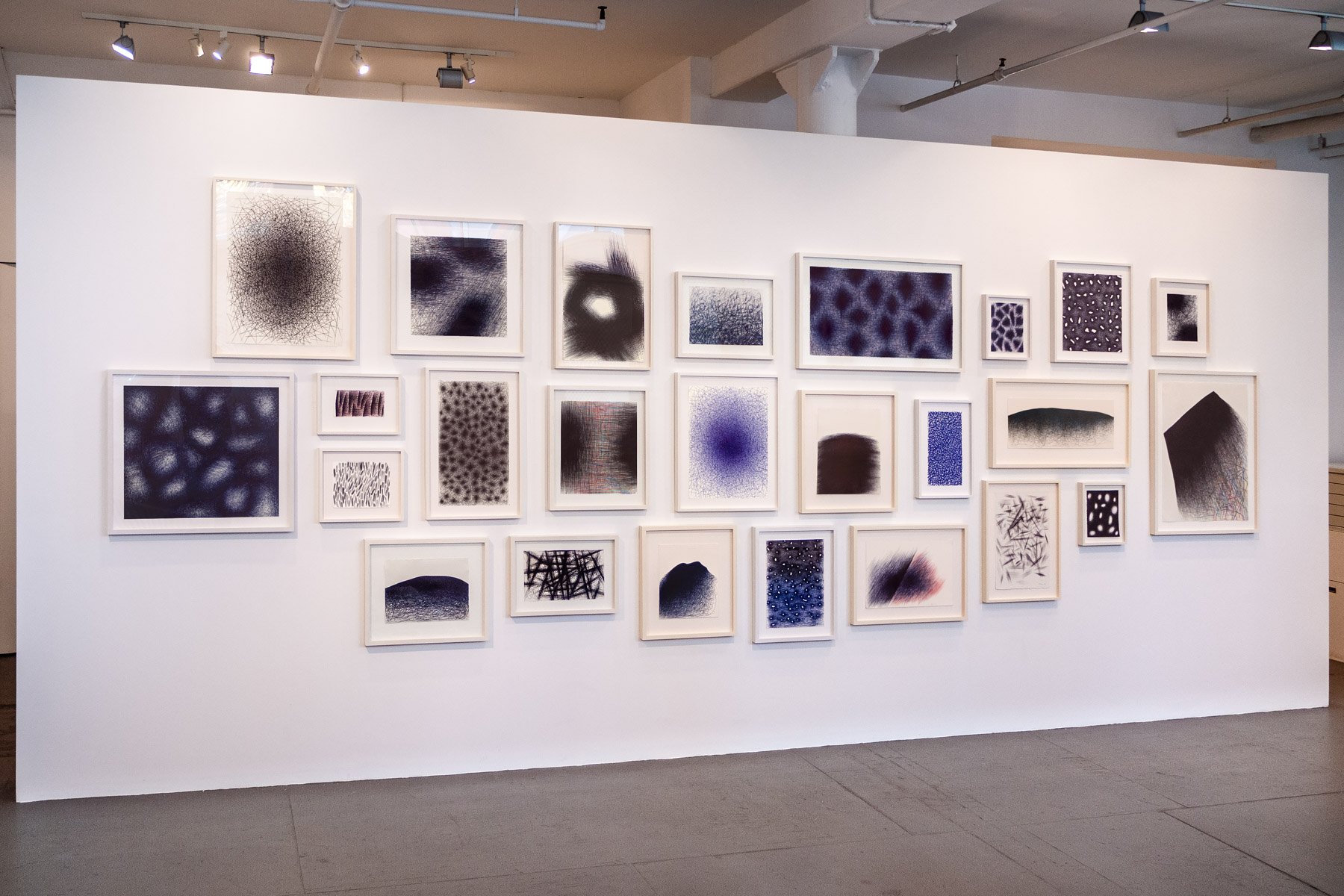 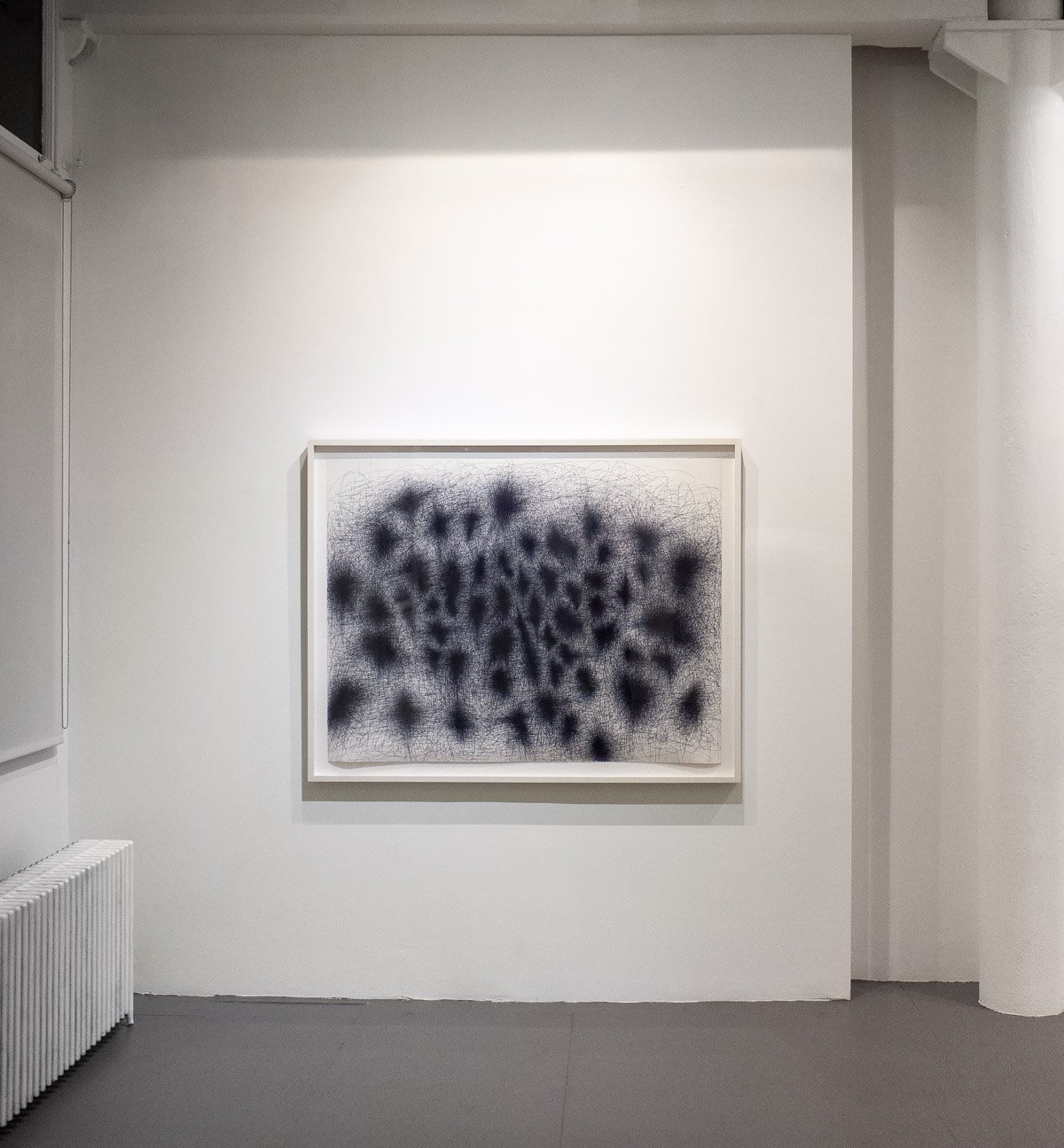 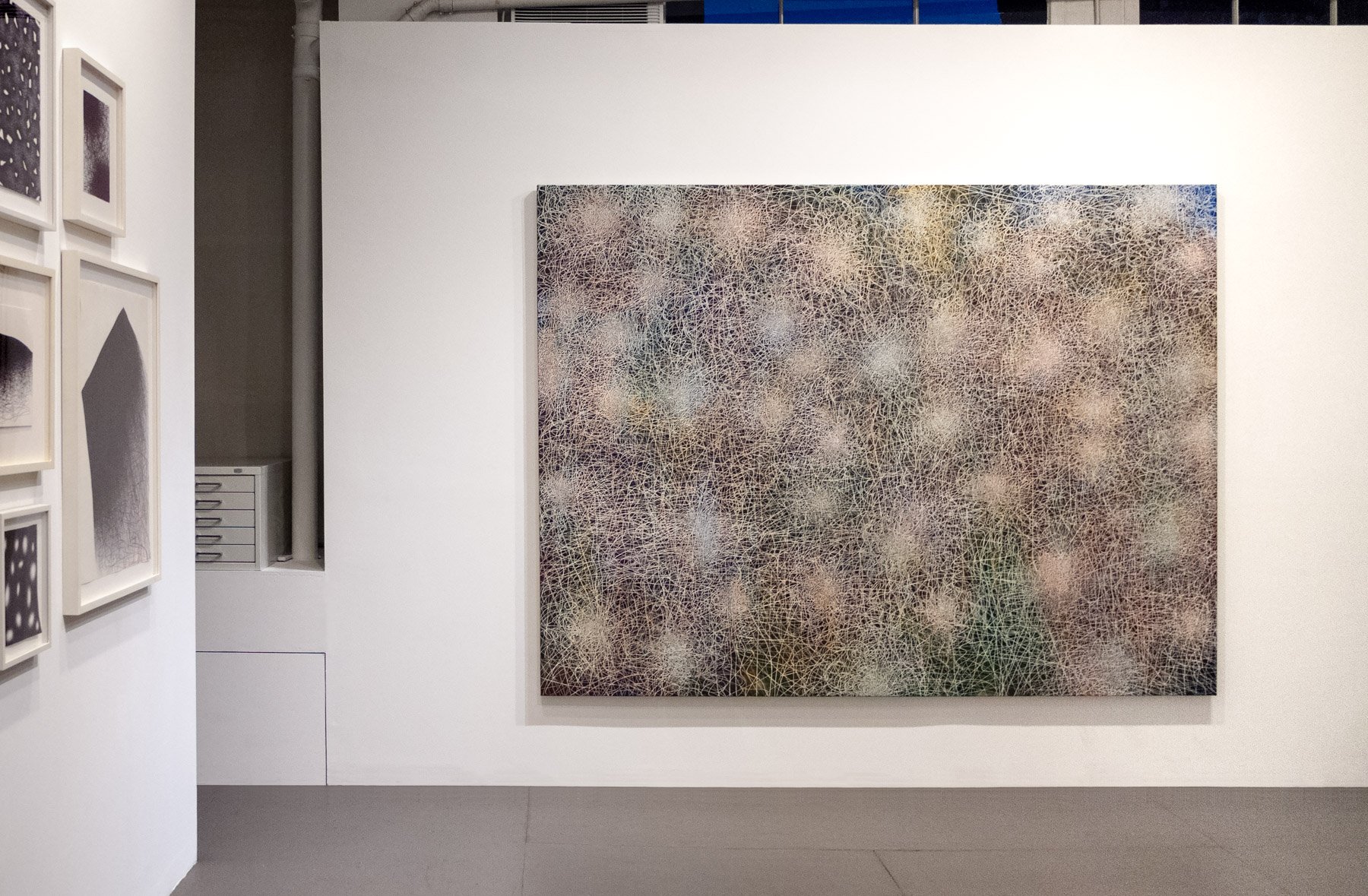 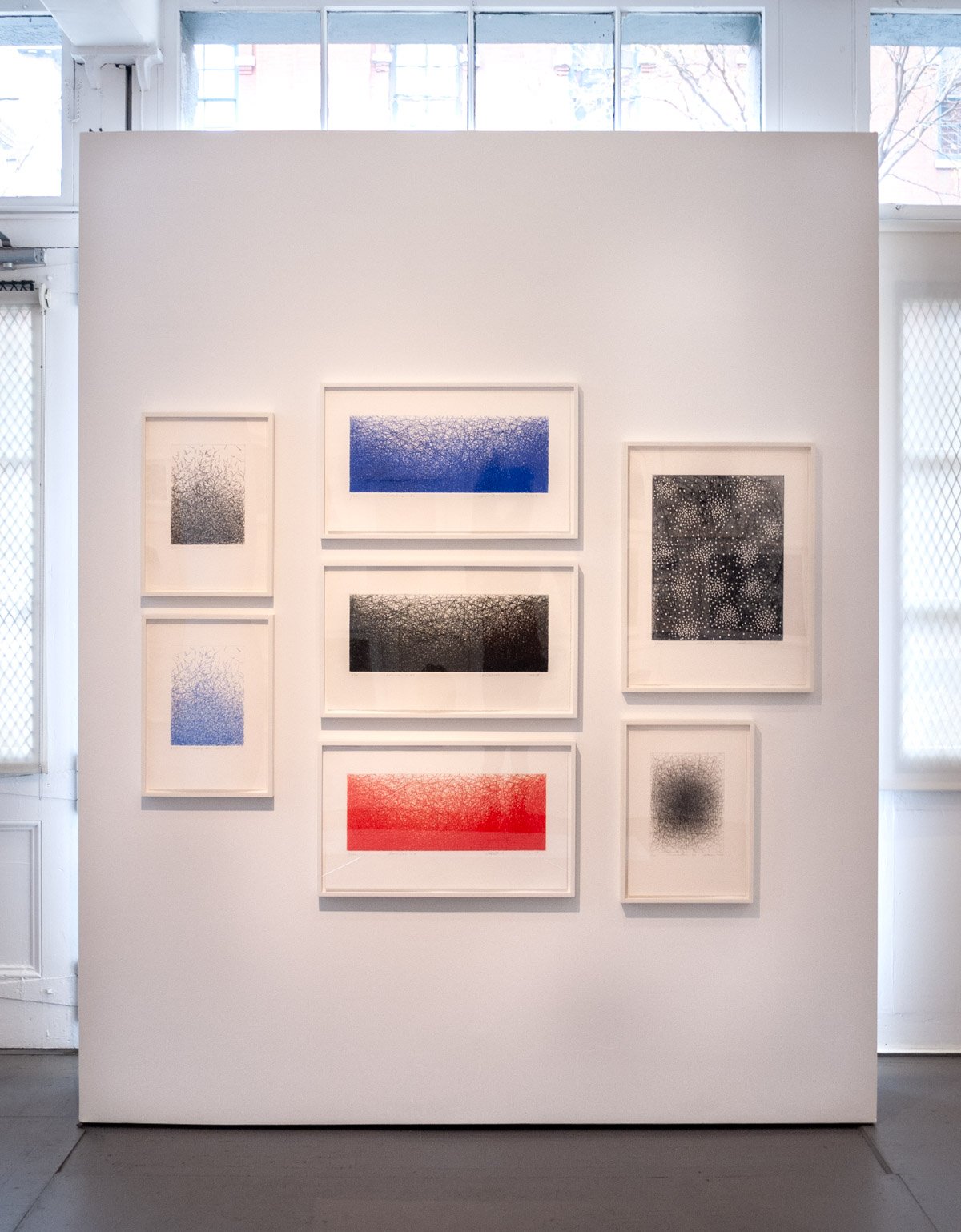 Art Projects International is pleased to present IL LEE: Small Drawings and Prints. Comprised of selected small ballpoint pen drawings created from 2000 to 2019, this exhibition is the largest survey of Il Lee’s small drawings in recent years and viewers are treated to a fascinating glimpse into Lee’s vast array of singular approaches. Also on view is a set of three newly released limited-edition etching prints highlighting the significance of the etching process to his artistic practice.

A constant in Il Lee’s well-known ballpoint pen work of the last 40 years has been the creation of small drawings. Concurrent with his continuing development of large format works on paper and works on canvas, Il Lee has continually experimented in countless smaller drawings. Highlighting the criticality of working on paper to Lee’s practice, the San Jose Museum of Art (SJMA) featured a special installation of a wall densely hung with 86 small drawings from Lee’s studio as part of his critically-acclaimed and extremely popular retrospective at SJMA in 2007. “By restricting his materials to ballpoint pen on paper and focusing on process, Lee explores the profound in the simplest of materials” said curator JoAnne Northrup.

Four decades spent working with ballpoint exploring contemporary possibilities in drawing with his chosen limited means have resulted in a distinctive, abstract visual language all his own. Curator Susan Landauer captured the potency and inventiveness of Lee’s work, noting that, “In Lee’s hand, line achieves tremendous power and a range of moods and “personalities”… Lee demonstrates a mastery of line that is breathtaking and absolutely unique…”

Through his exploration of timeless and contemporary concerns from within his own highly developed practice, Lee has developed a body of work that inspired the exhibition Ballpoint Pen Drawing since 1950 at The Aldrich Contemporary Art Museum in 2013. In the exhibition brochure, curator Richard Klein wrote: “Lee has defined a new role for the pen, that of a discipline, where he has taken the pen’s seemingly endless ability to make a continuous and fluid line to a masterful level that transcends the pen’s pedestrian associations.”

In the main gallery, a wall of small drawings in a salon-style hanging features many never before exhibited small works and offers a rare opportunity for viewers to survey the range of his motifs of the last 20 years. Another installation, a wall of forty-five intimate drawings grouped edge-to edge, presents examples of Lee’s ballpoint pen work over the decades including rarely seen working drawings that reveal the heart of his creative process. This grouping allows for viewers to get closer to Lee’s thinking and remarkable process resulting from his extensive experimentation.

Presented alongside Lee’s small drawings are several paintings, including a new large-scale acrylic and oil work on canvas making its public debut. Additionally, a set of three new etching prints that also give insight into the artist’s working method. Since 2011, Il Lee has been bringing the same keen sensibility of his drawings and paintings to the practice of printmaking. Lee’s interest in extending his lexicon of mark making lends itself naturally to the etching process. He uses color and the special qualities of the etching surface to play with both line and the suggestion of line. Lee’s prints allow for subtle variations of a different sort than in his drawings, and each practice visibly informs the other.

IL LEE (American, b.1952, Seoul, Korea. Lives and works in New York) is celebrated for his pioneering work with ballpoint pen that began 40 years ago soon after moving to New York in 1977. His work, with its unorthodox media and distinctive style, and artistic contributions have received worldwide recognition. His work has been the subject of numerous major solo exhibitions including his critically-acclaimed mid-career survey at the San Jose Museum of Art in 2007. His work is represented in major collections including The Metropolitan Museum of Art, Minneapolis Institute of Art, San Jose Museum of Art, Palm Springs Art Museum, Vilcek Foundation, National Museum of Modern and Contemporary Art Korea, Leeum Samsung Museum of Art (Seoul) and Société Bic (France).

The exhibition will be on view from November 12, 2019 to January 25, 2020, at 434 Greenwich Street, in Tribeca. Please join us at the opening reception for the artist on Tuesday, November 12, 6-8pm. Additional programs are planned through the run of the show, including a guided walkthrough on Thursday, November 14 at 6:30pm during the Tribeca Art Night.