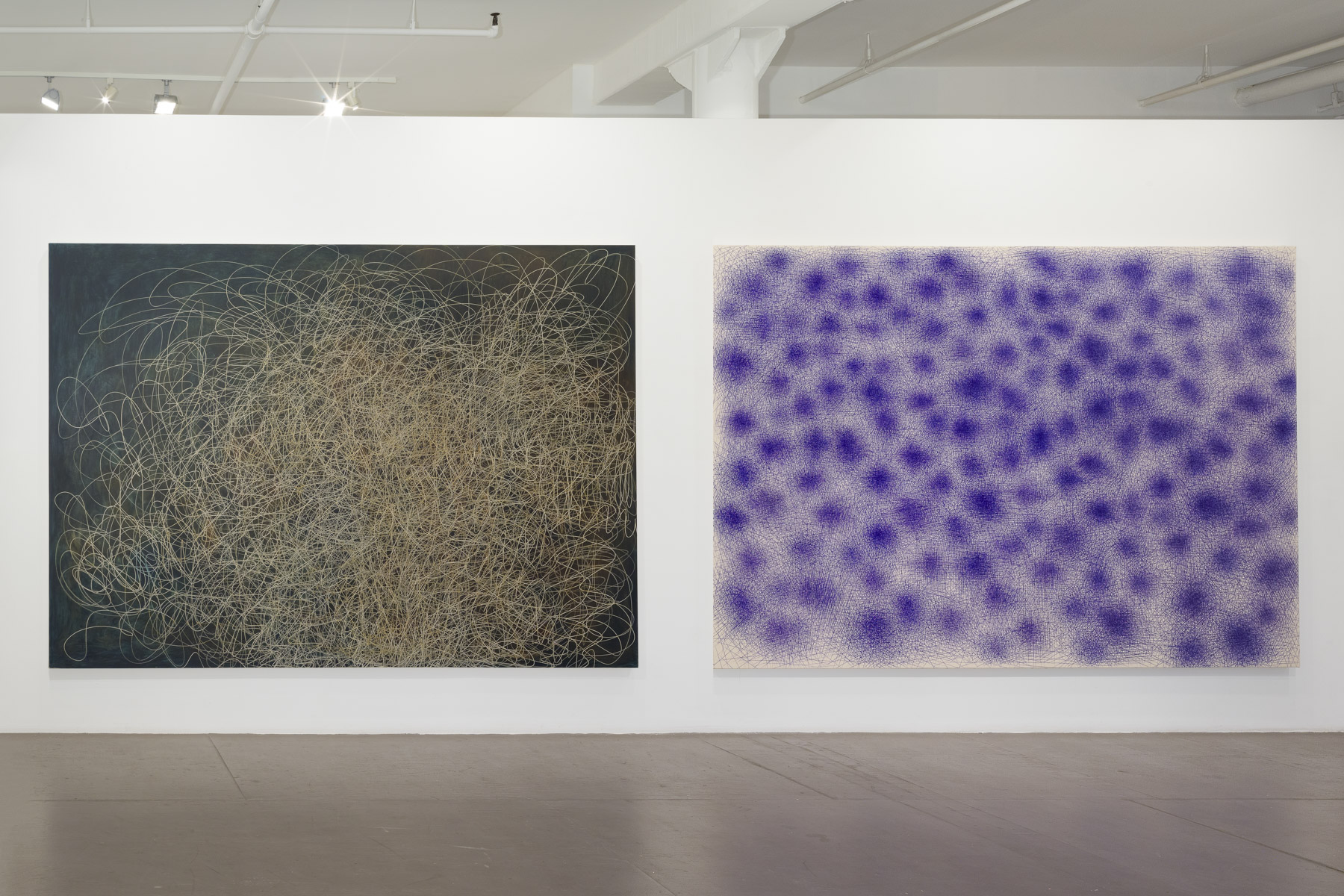 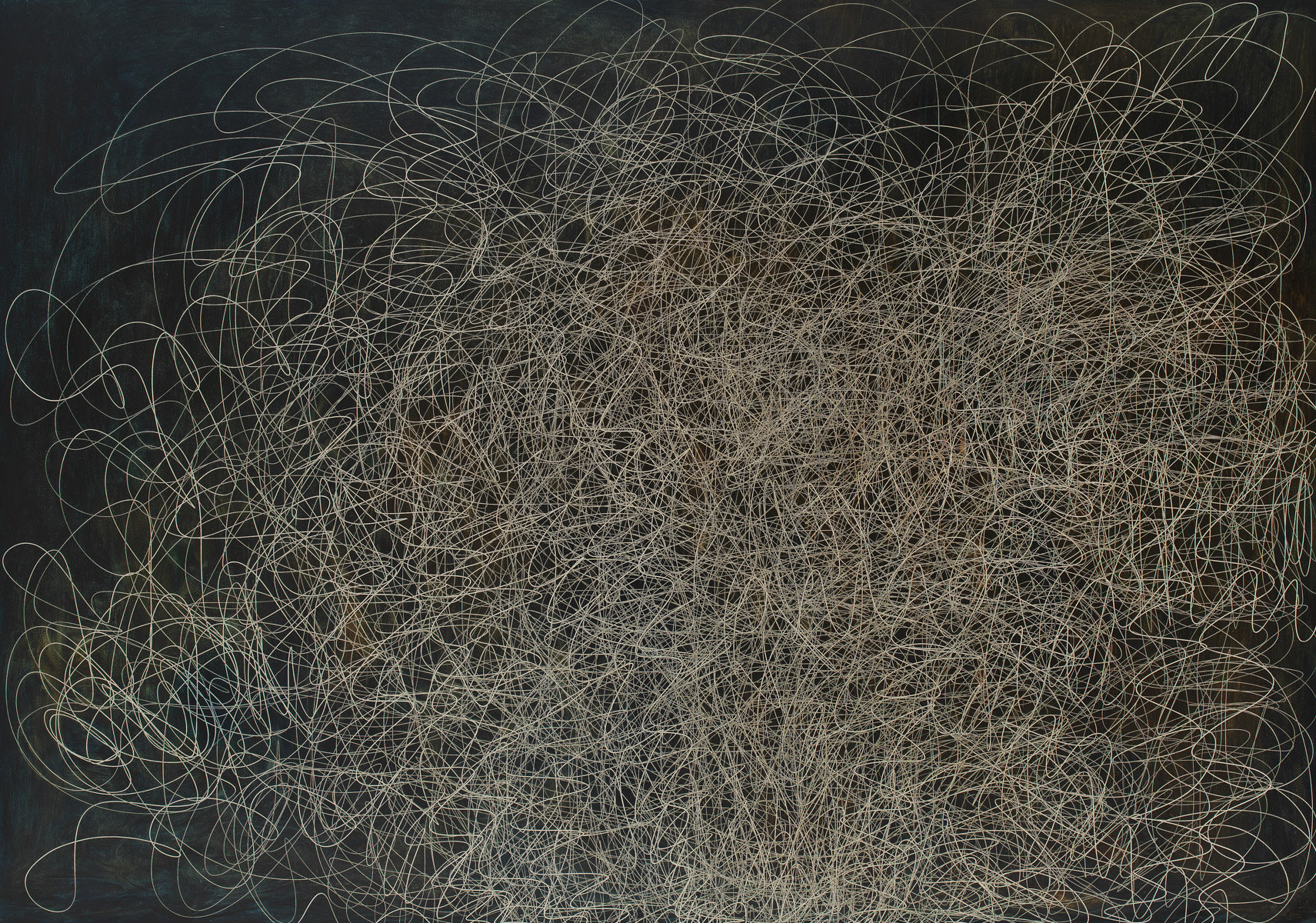 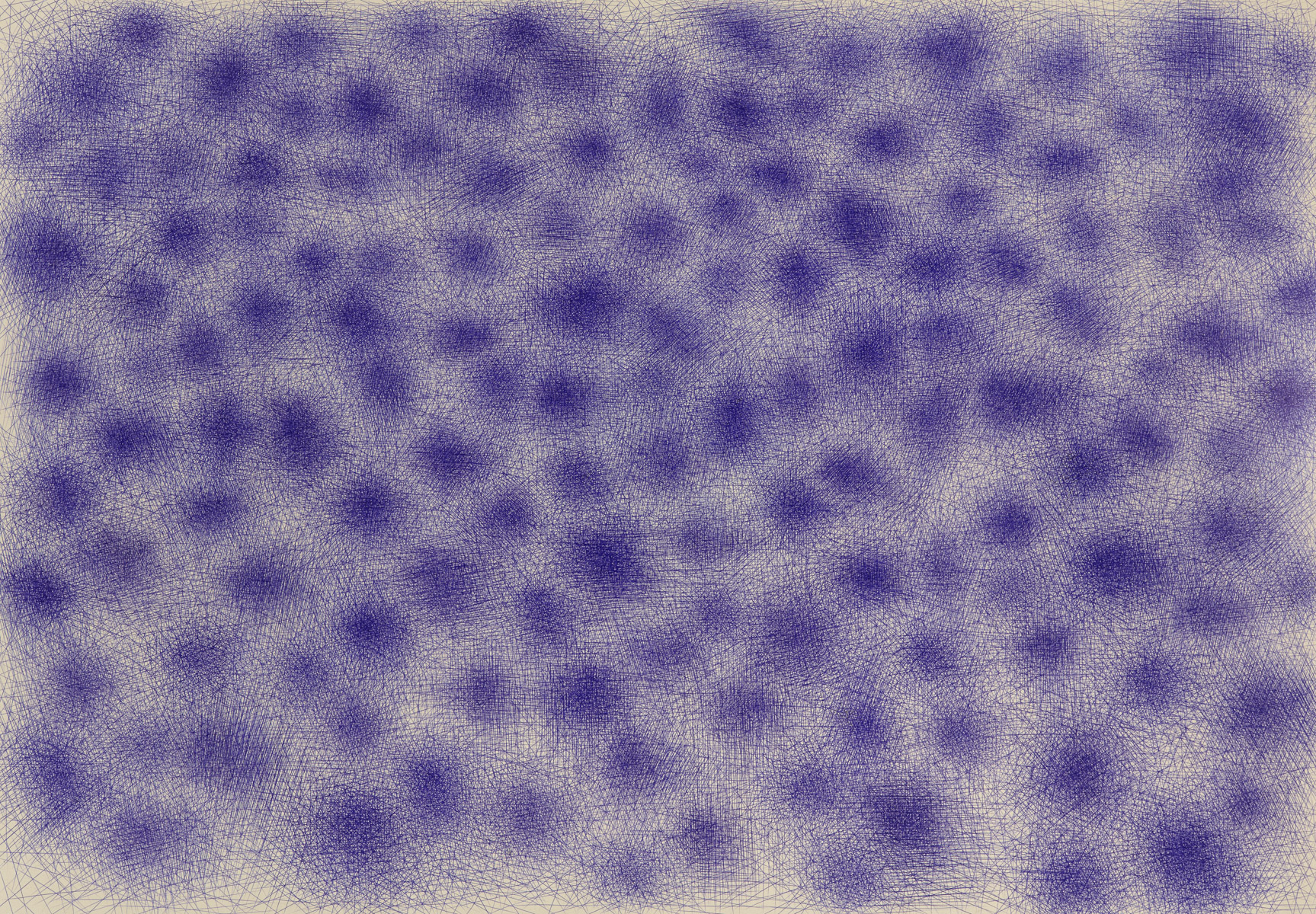 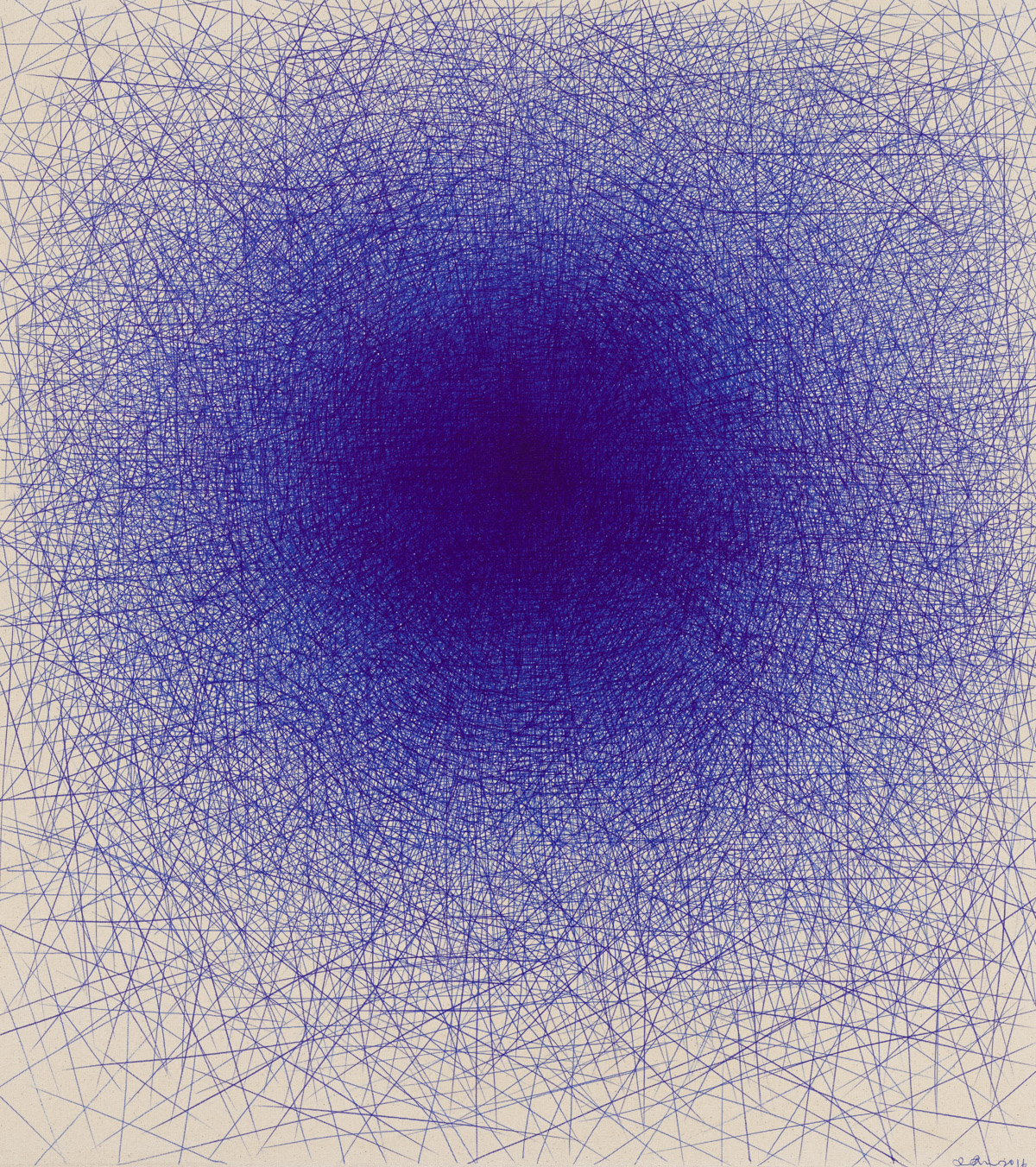 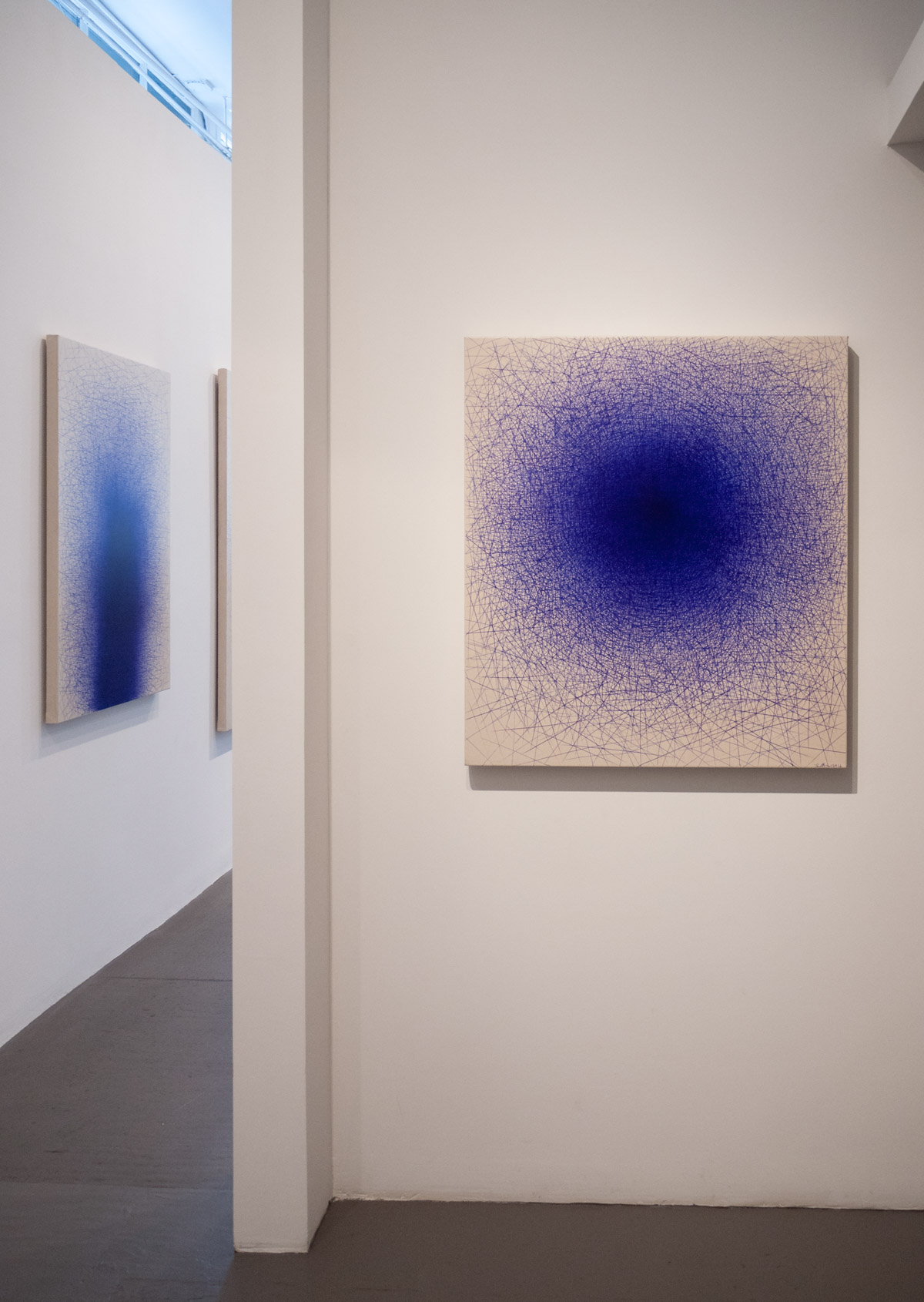 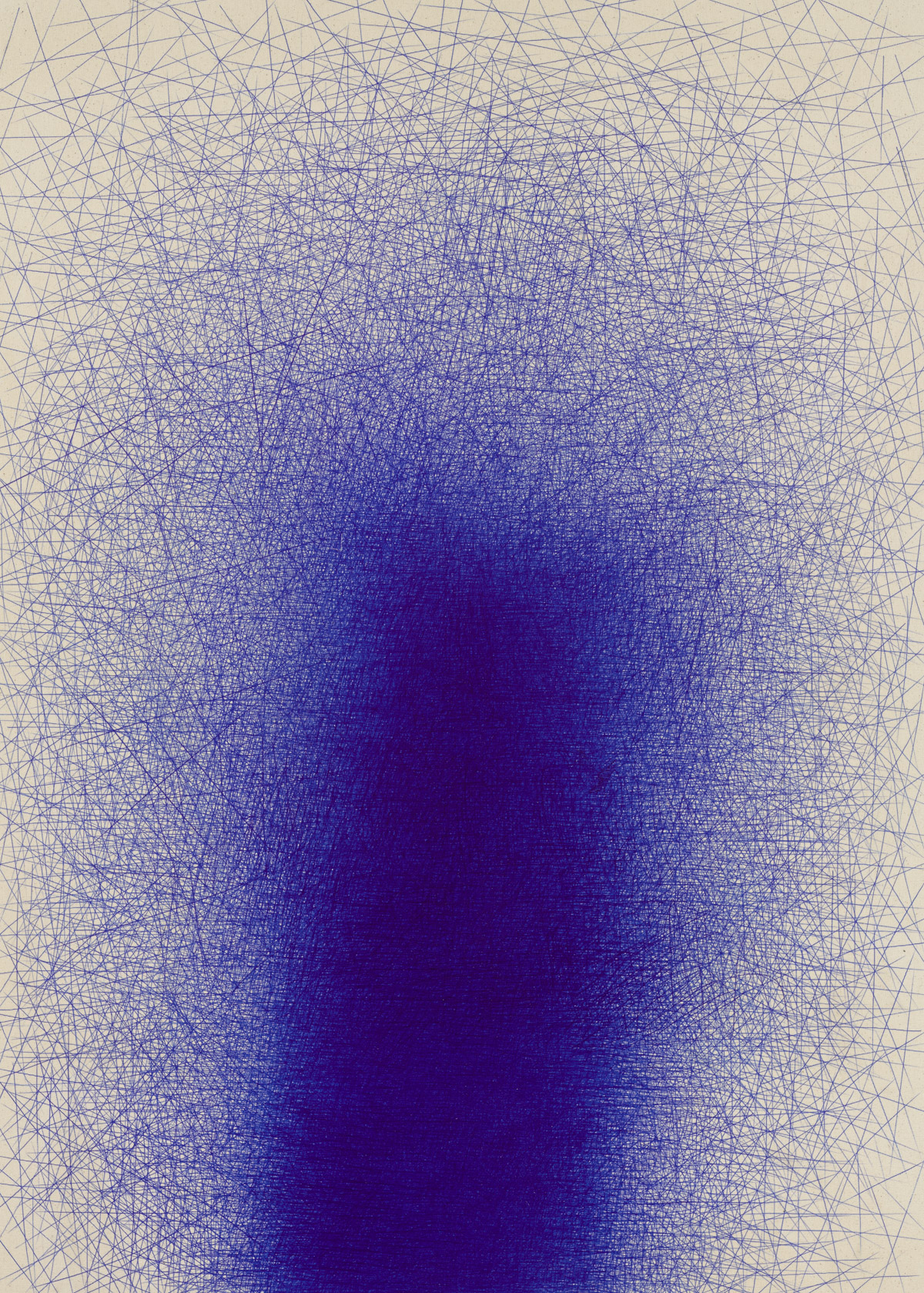 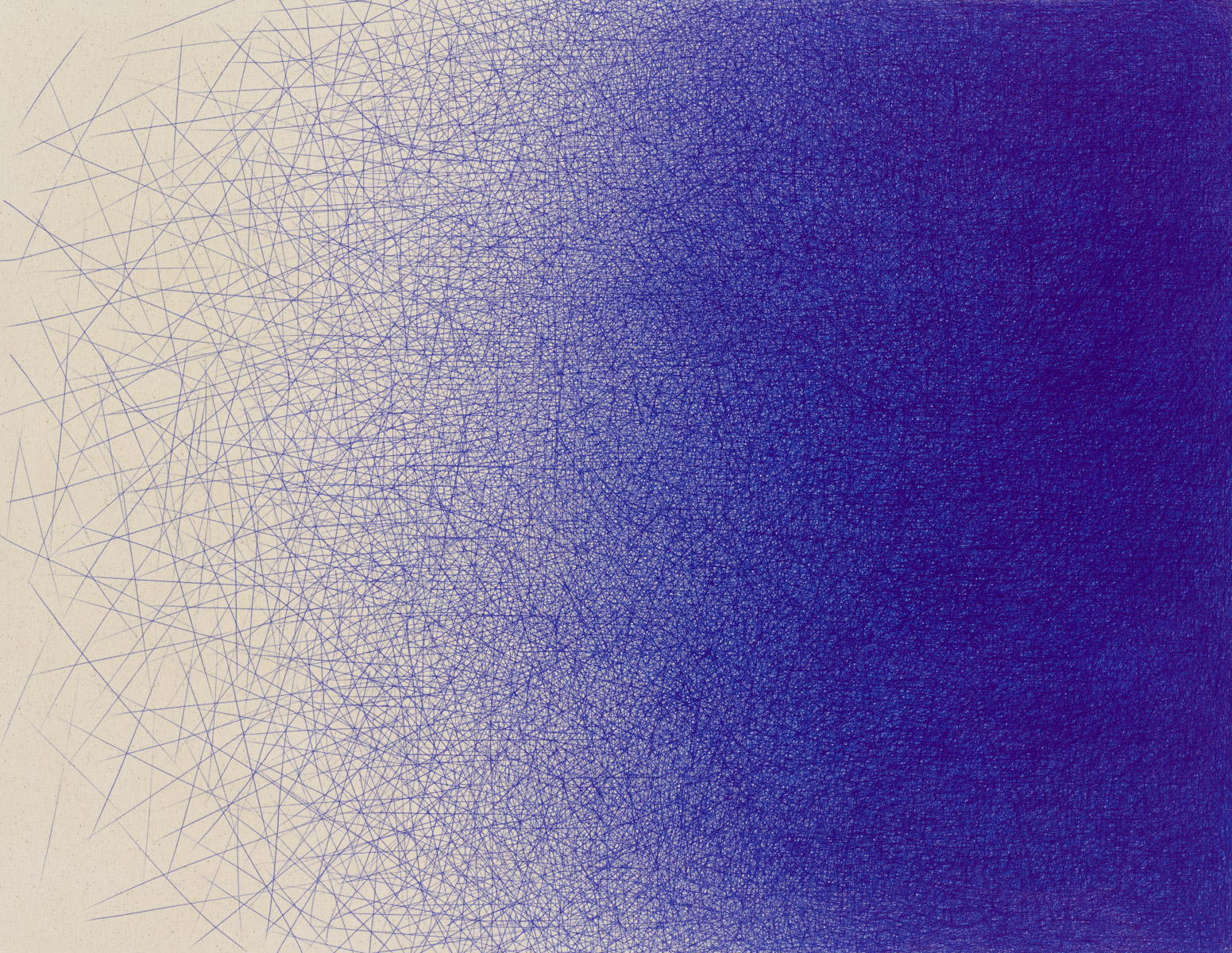 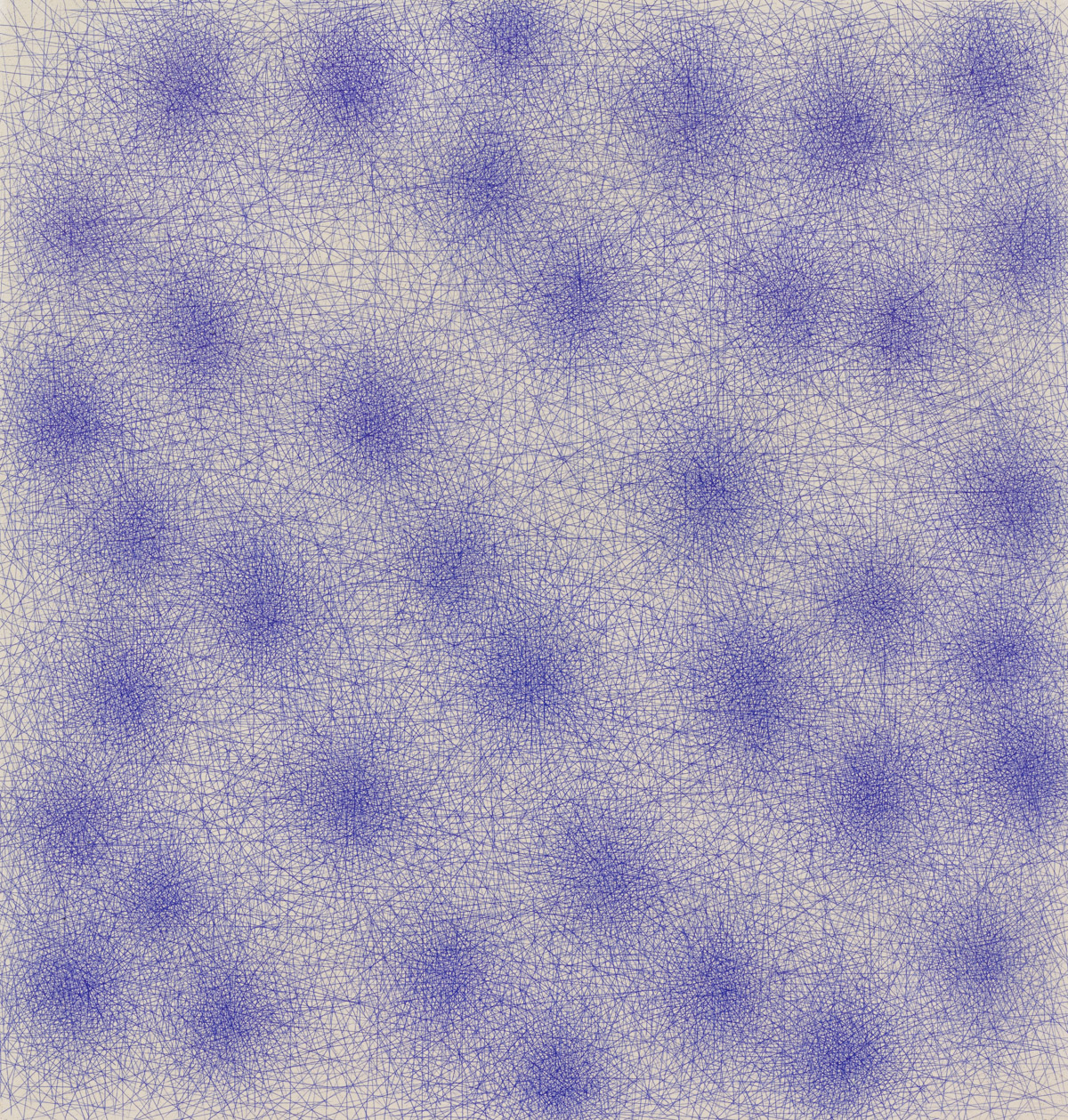 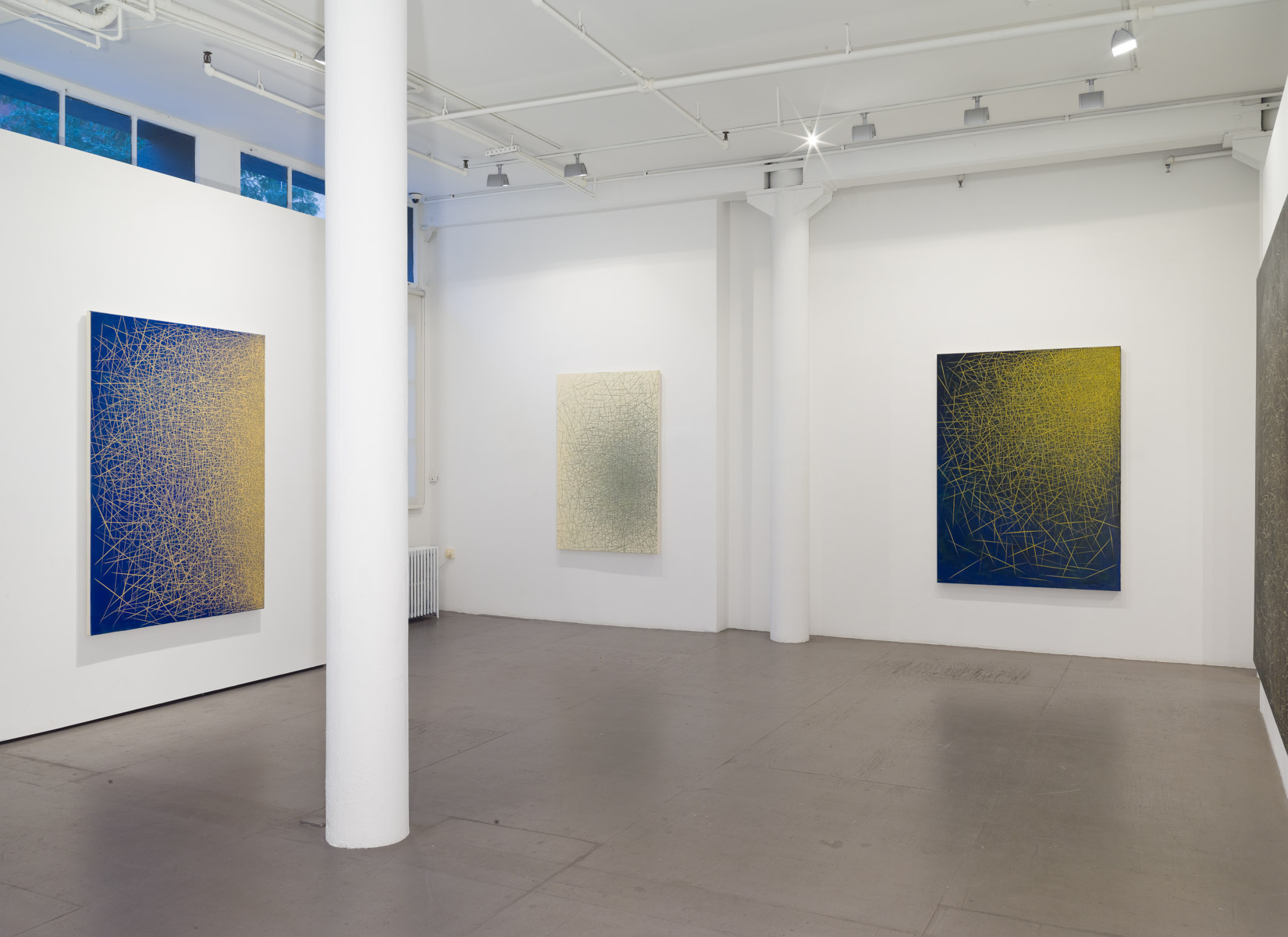 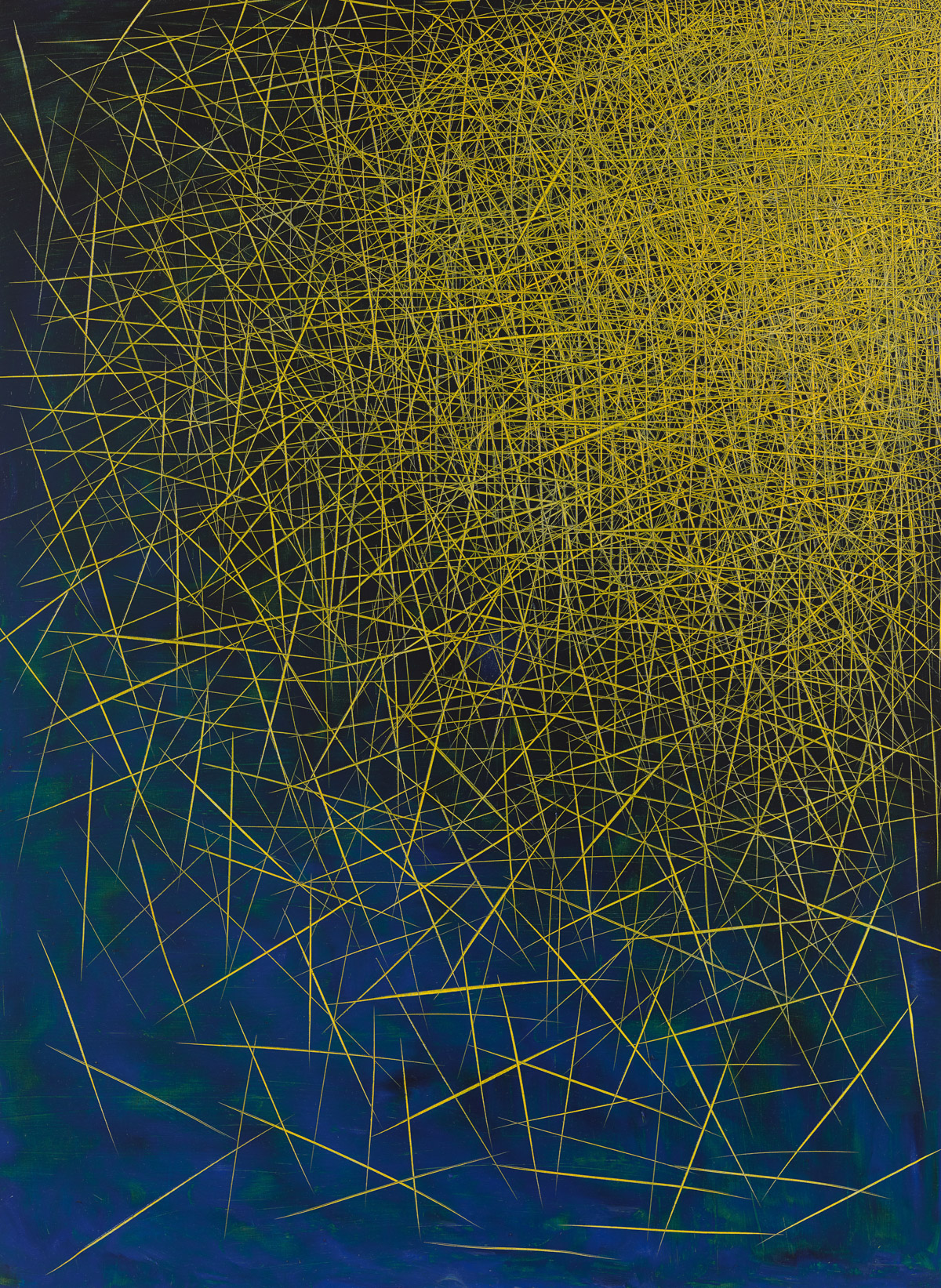 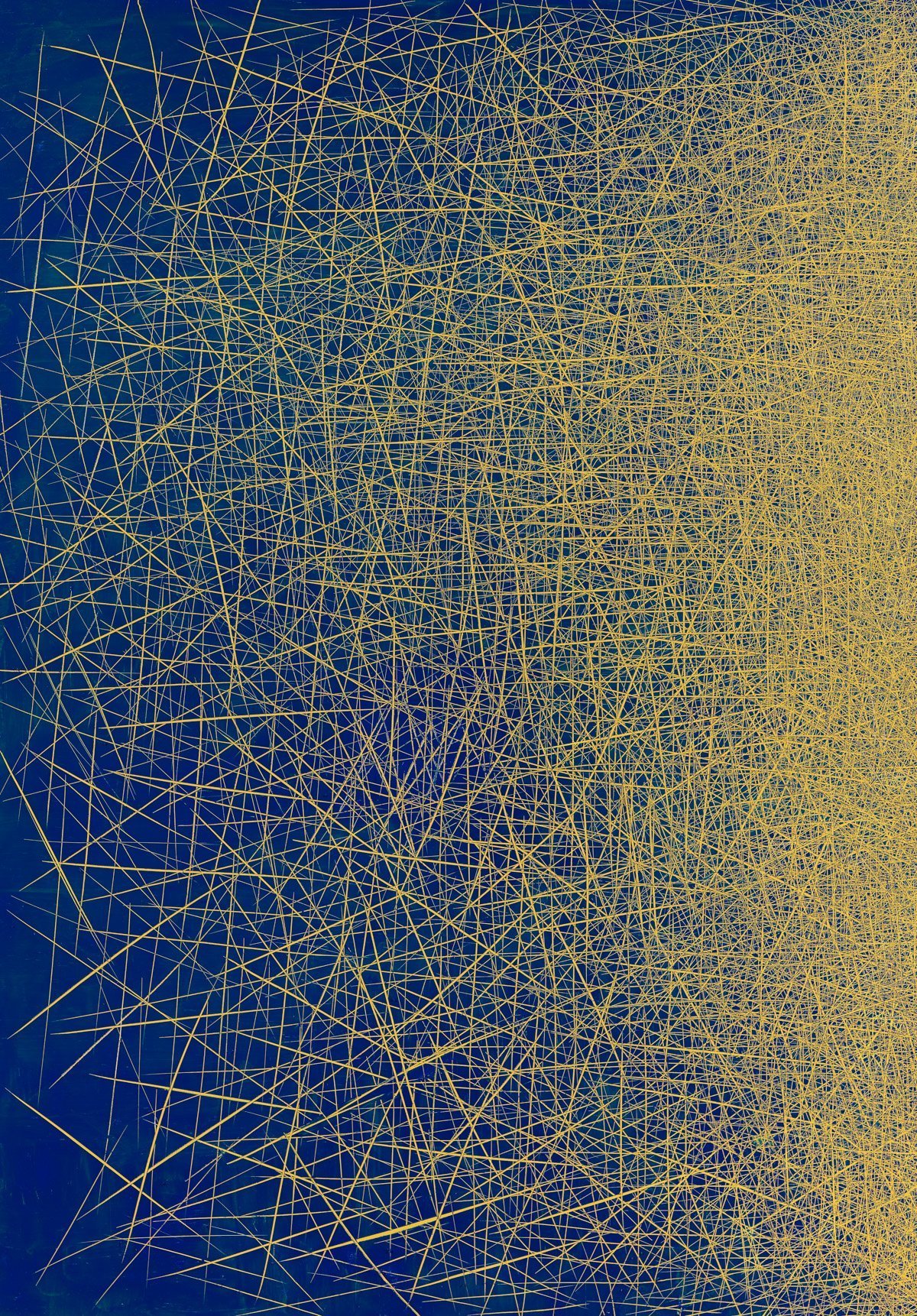 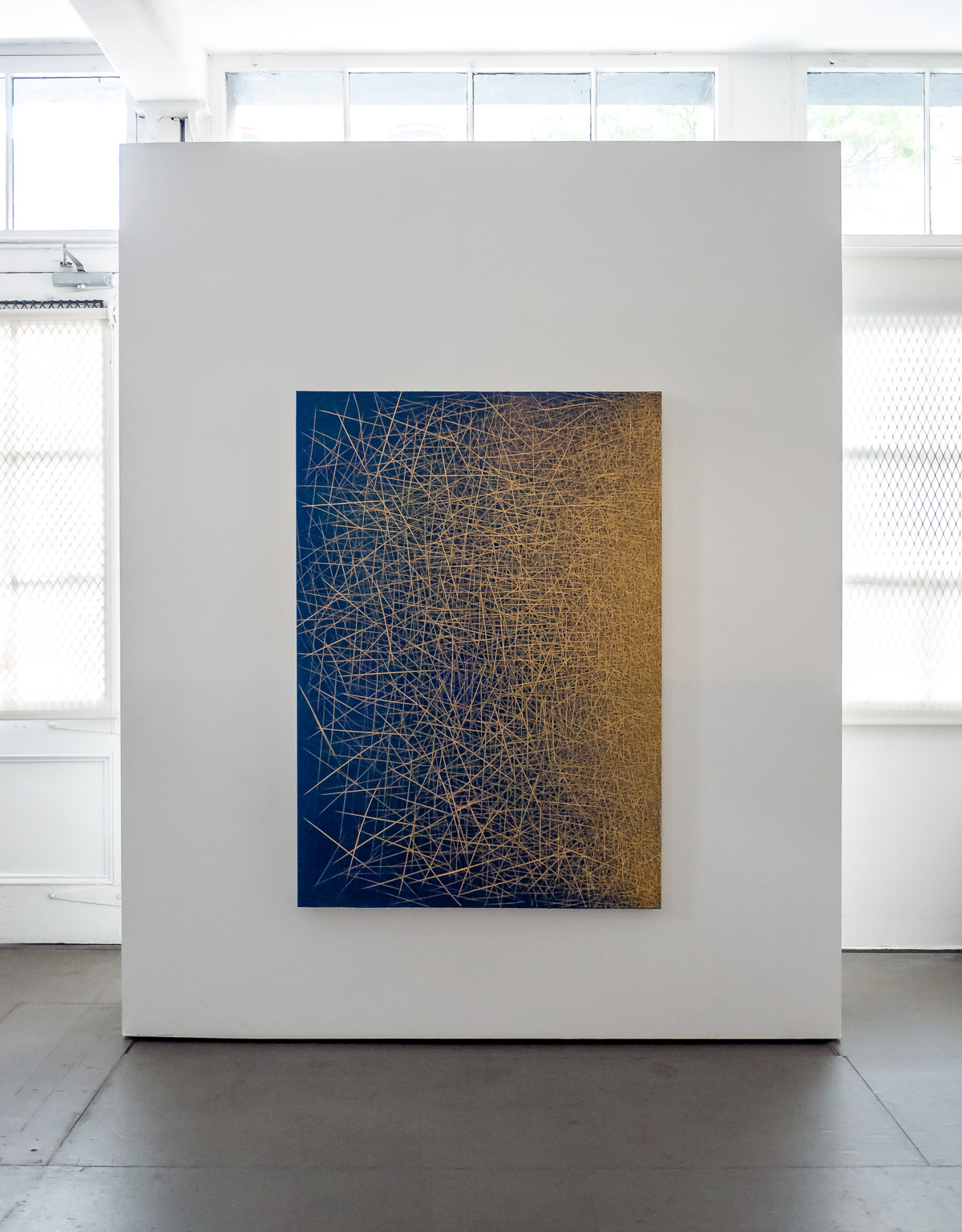 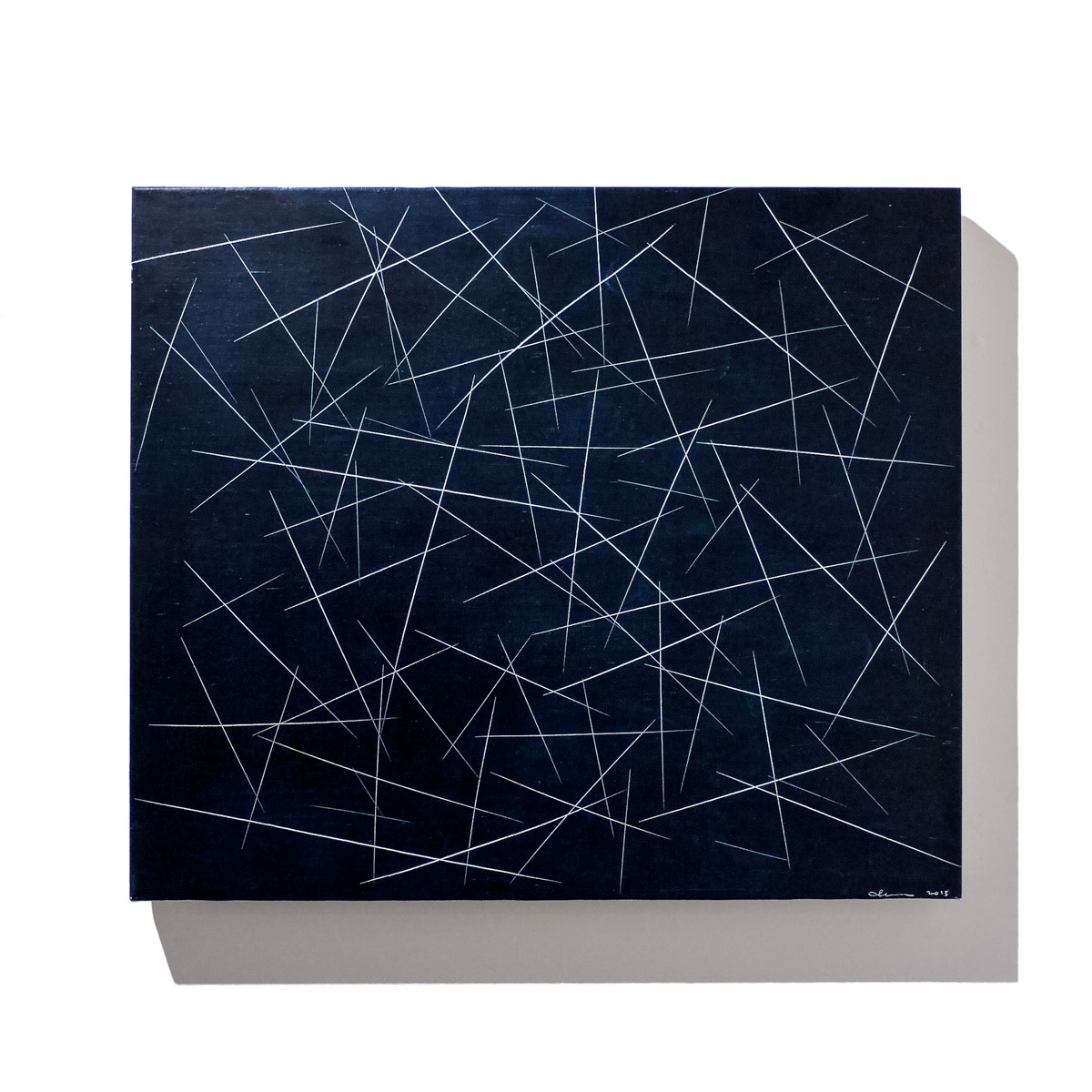 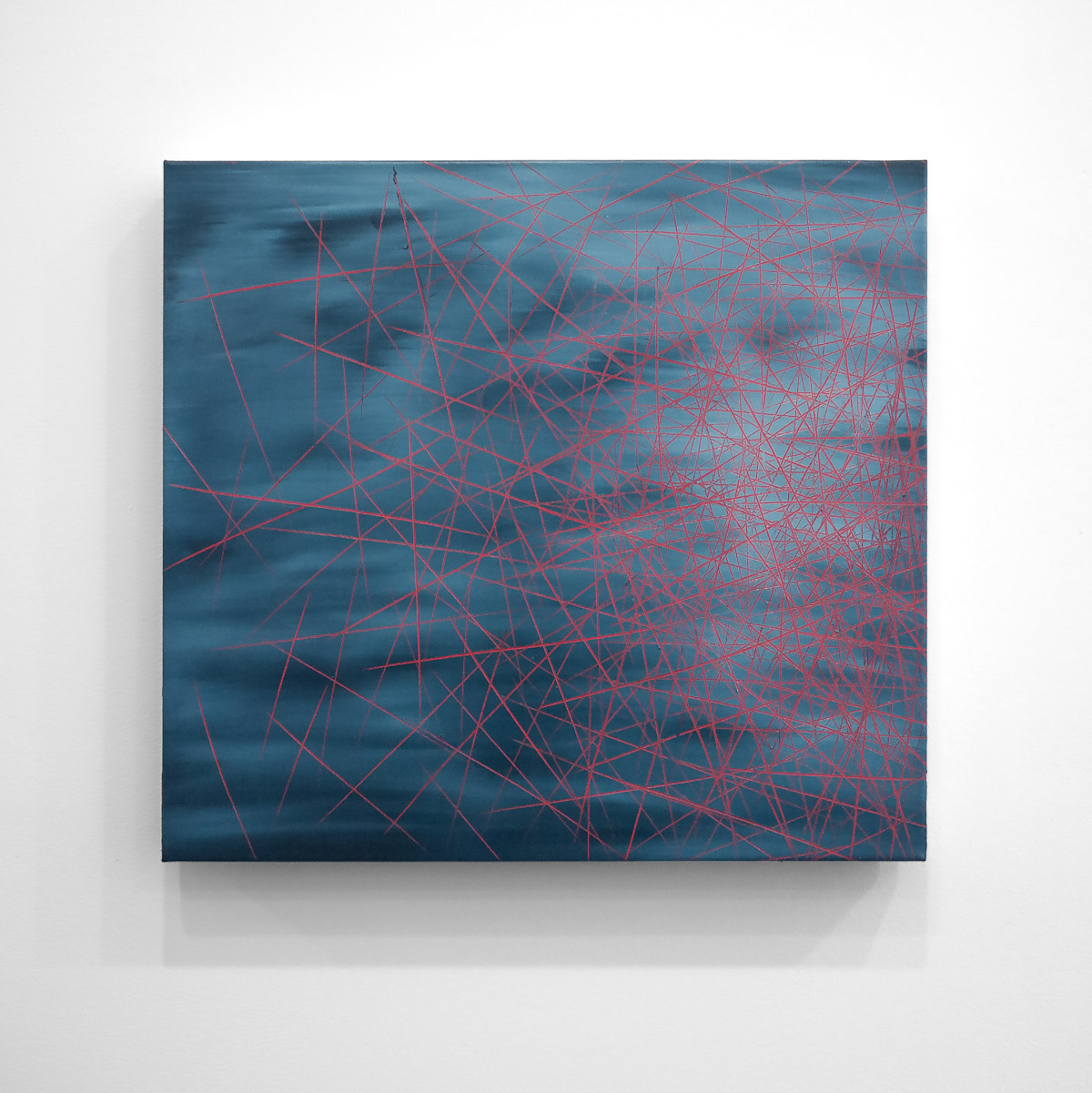 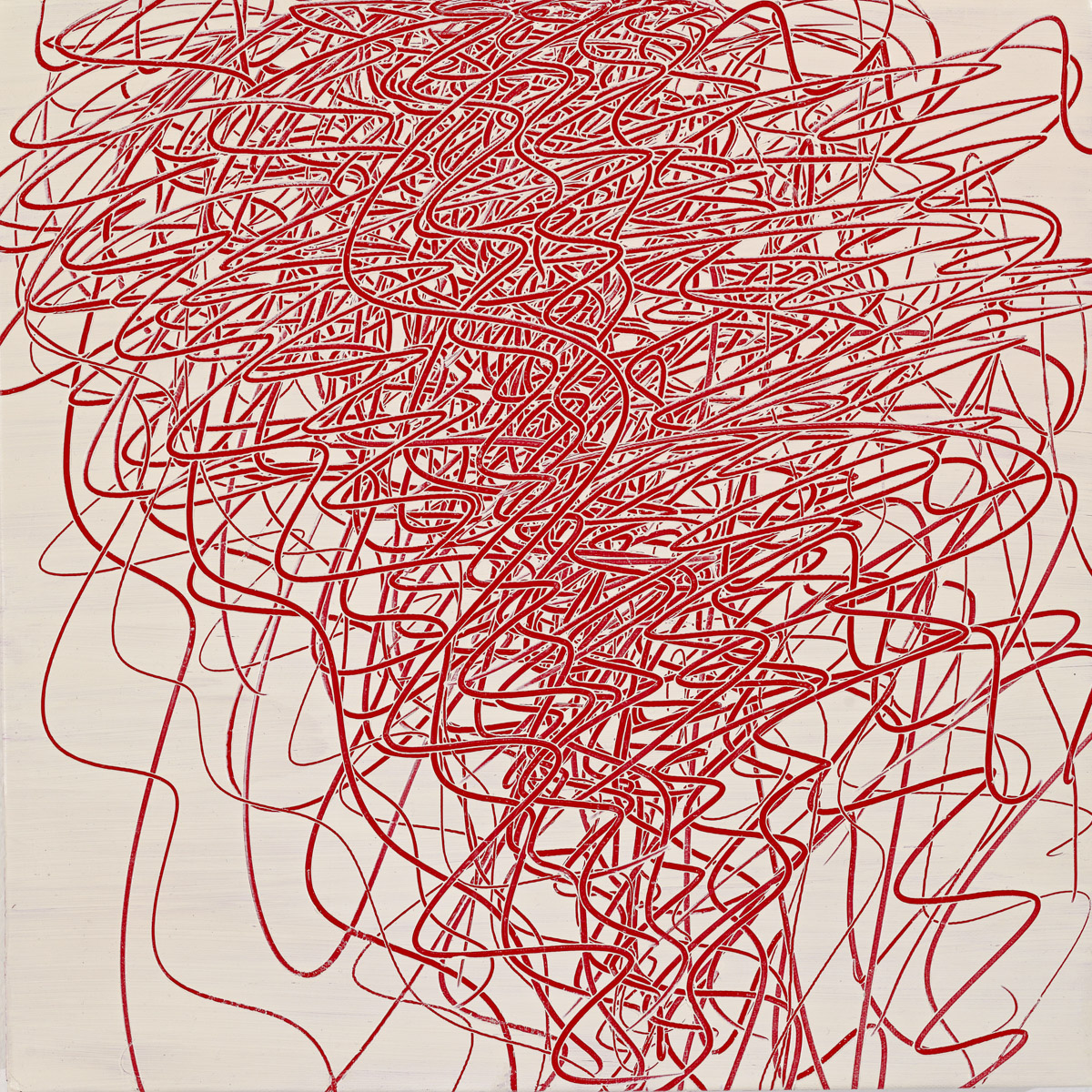 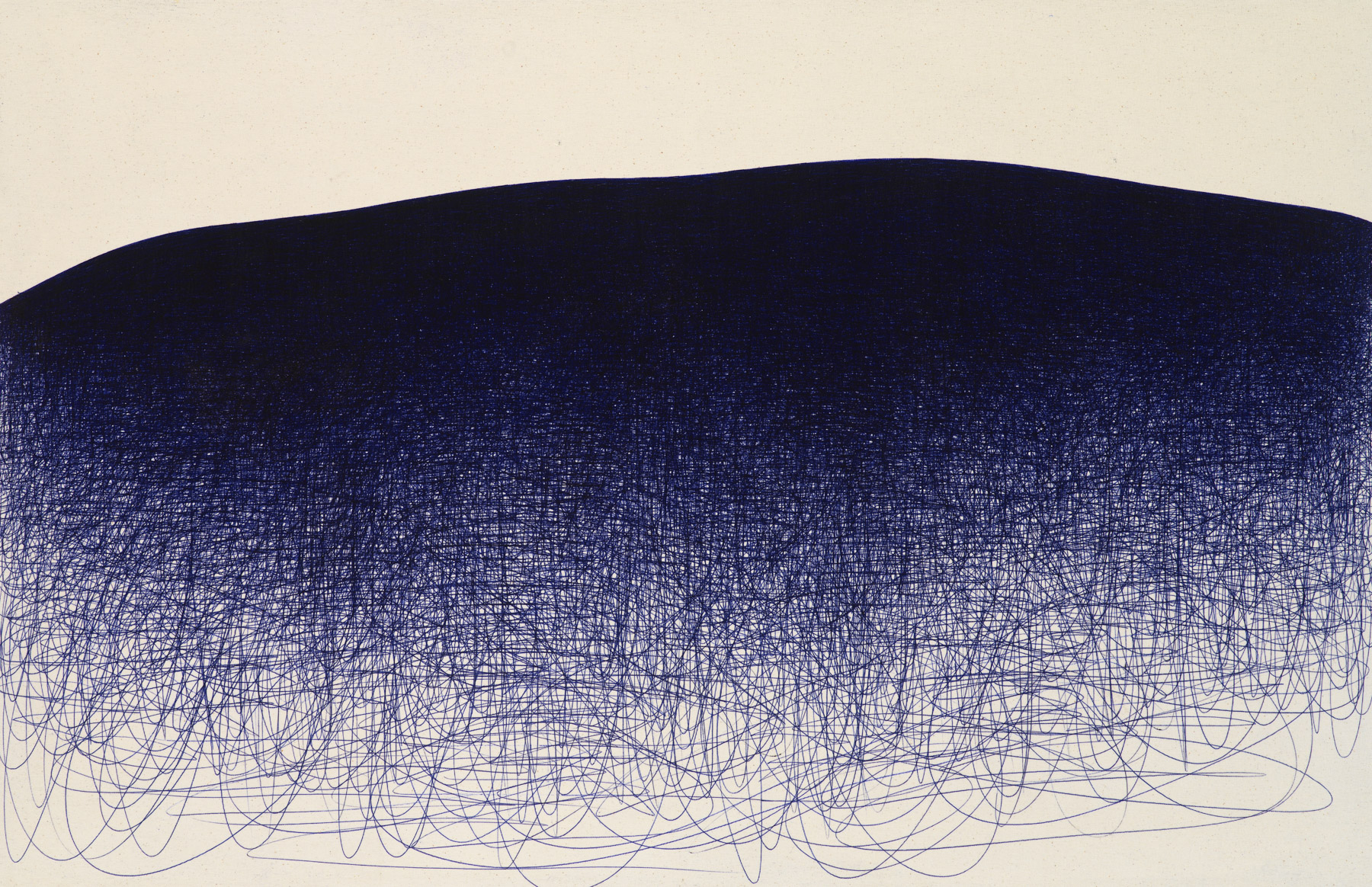 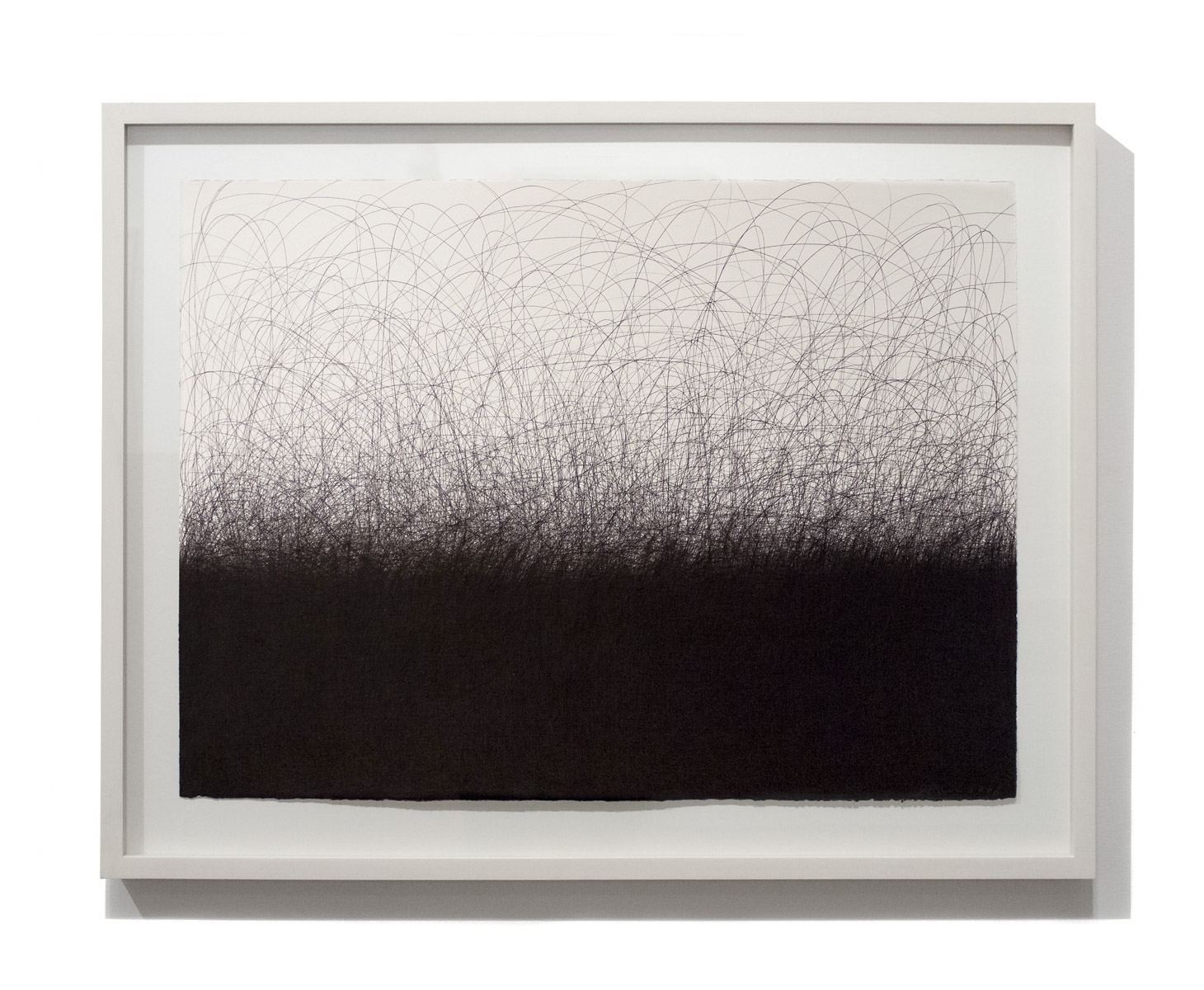 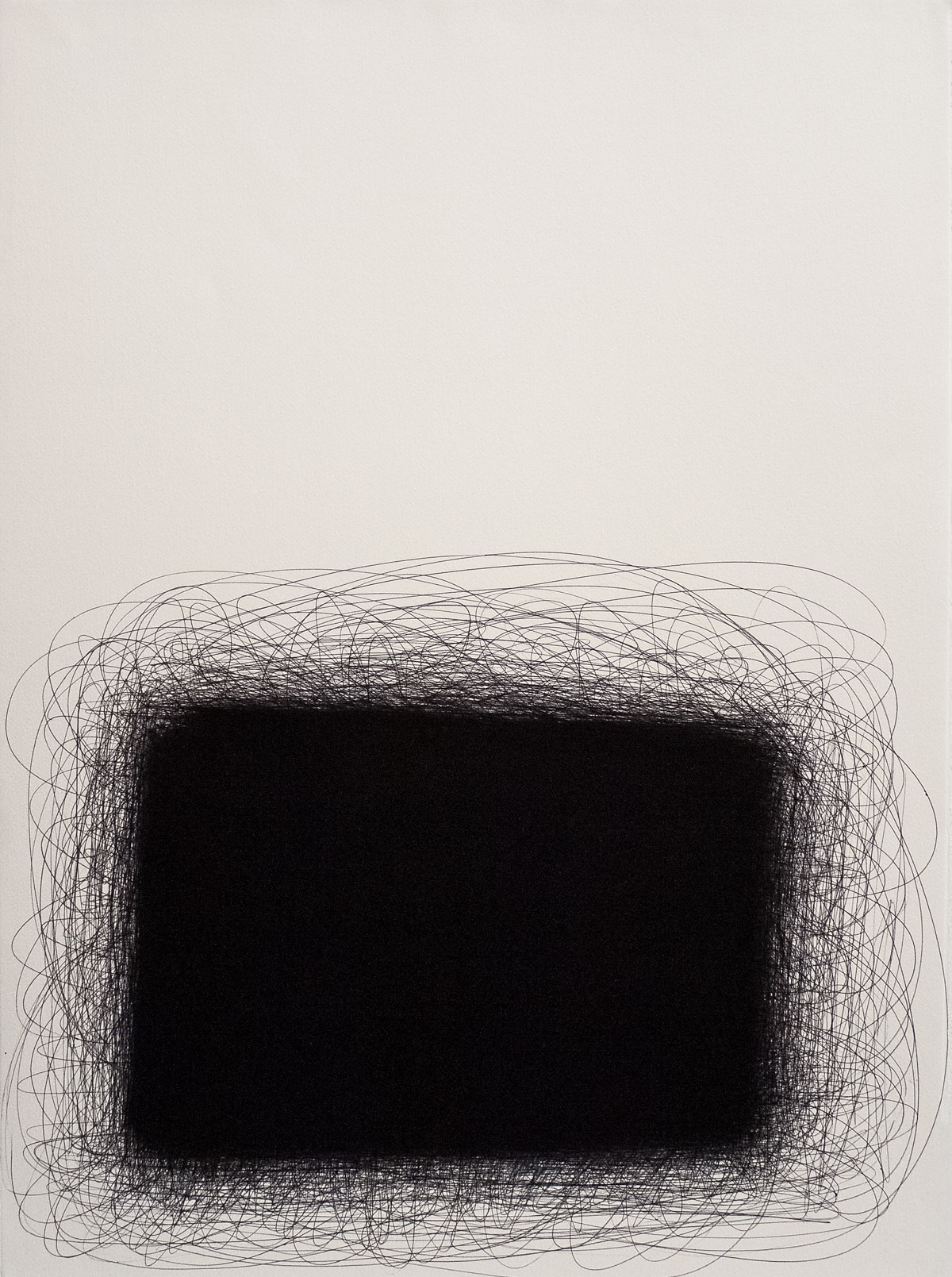 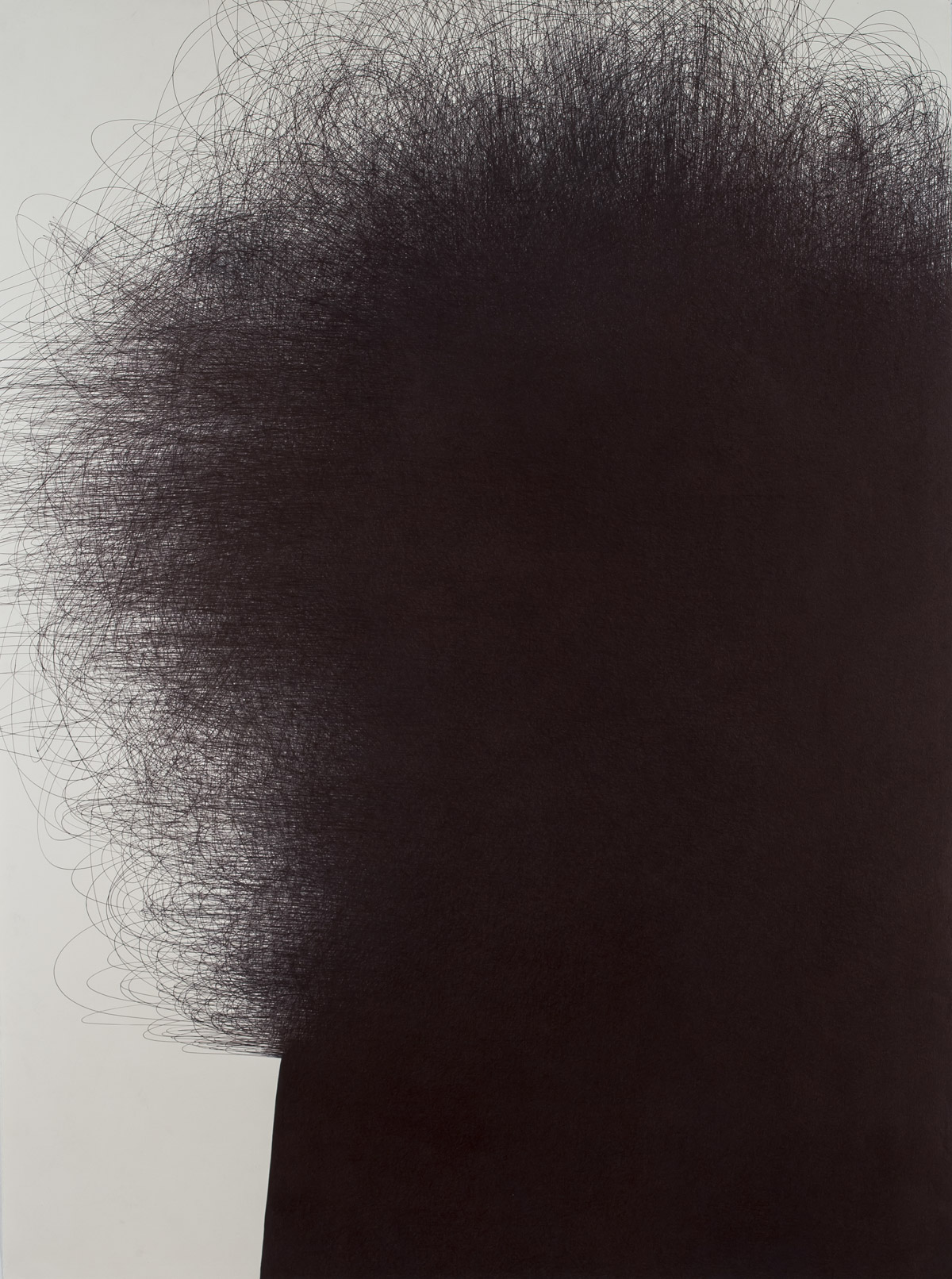 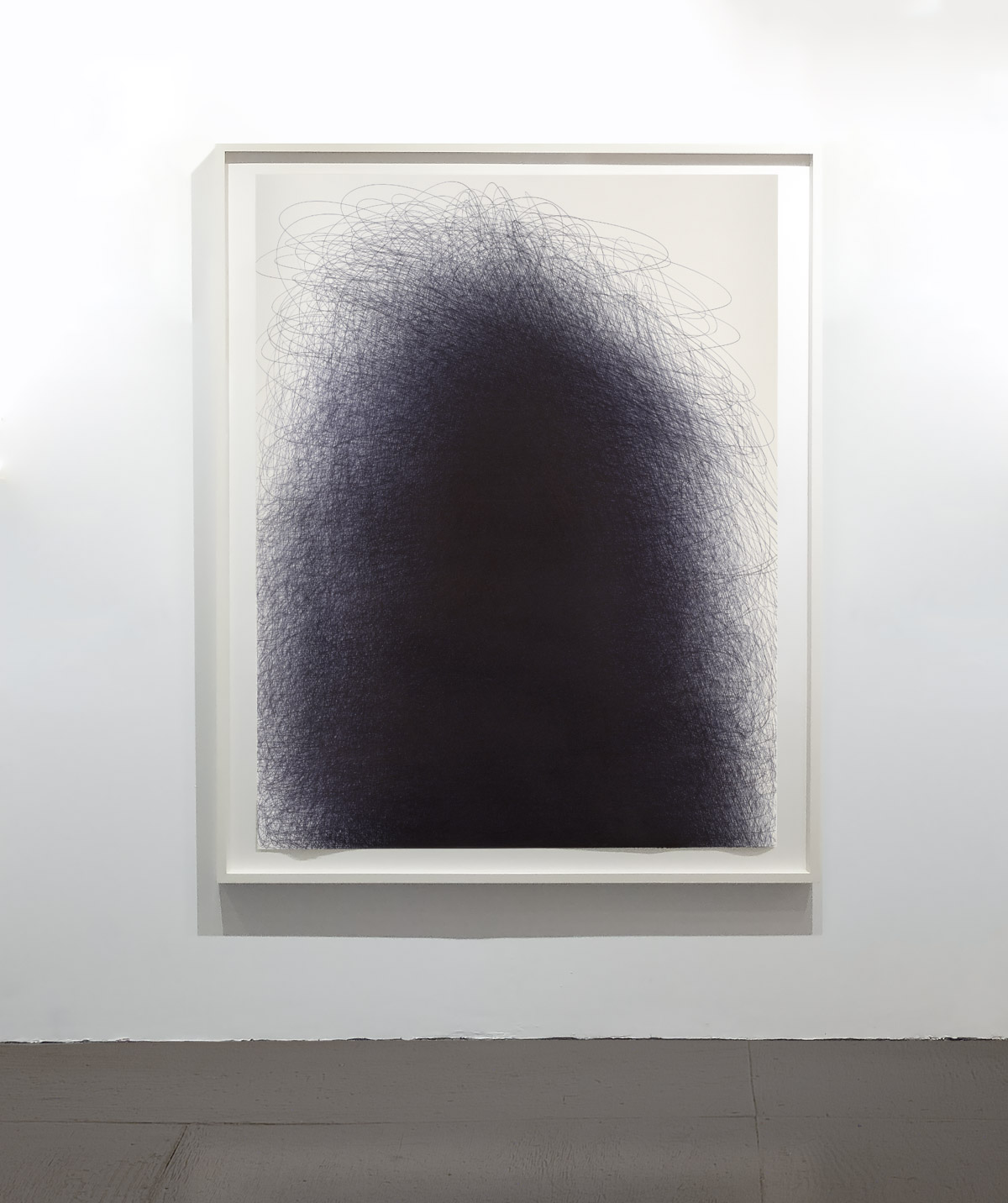 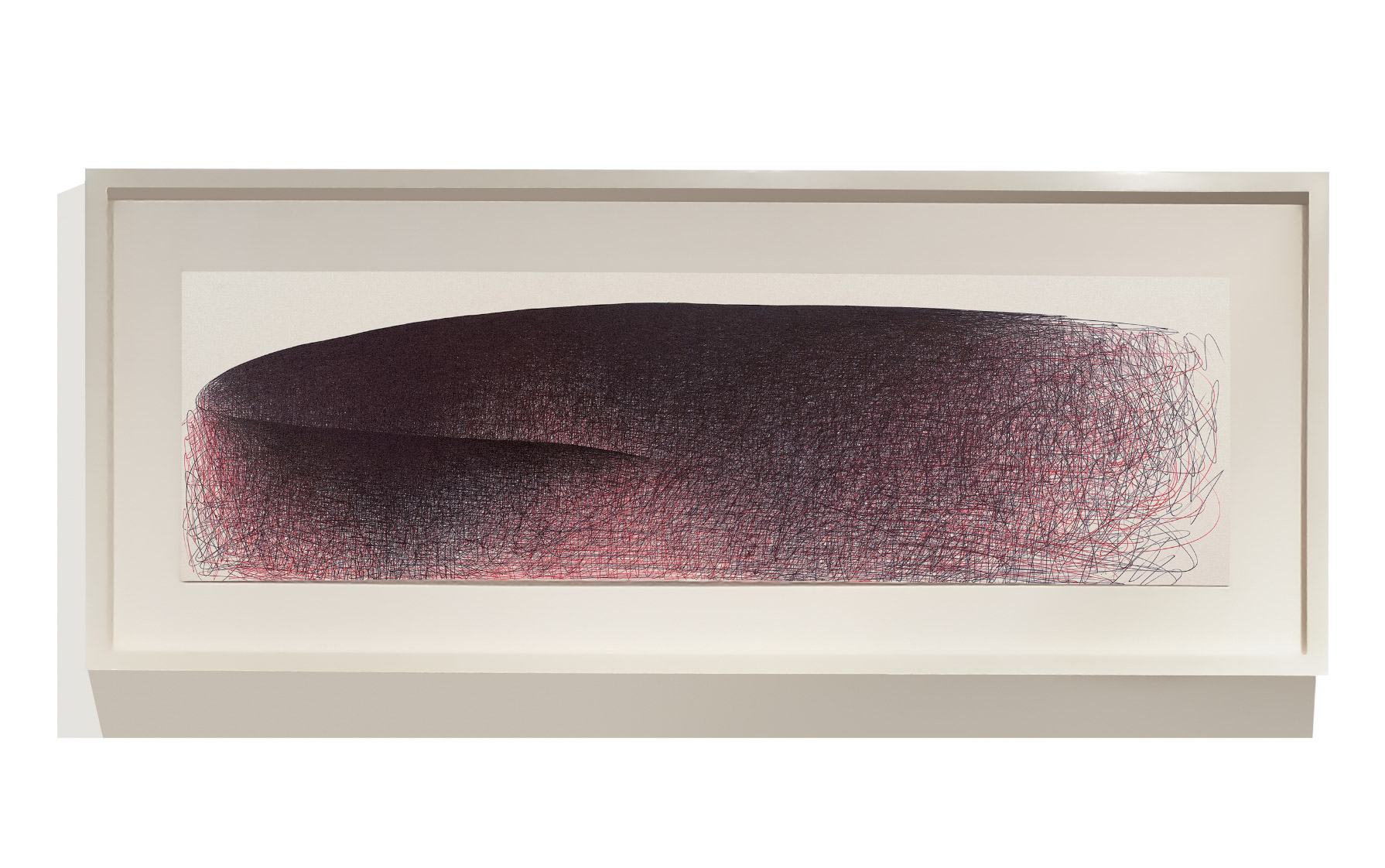 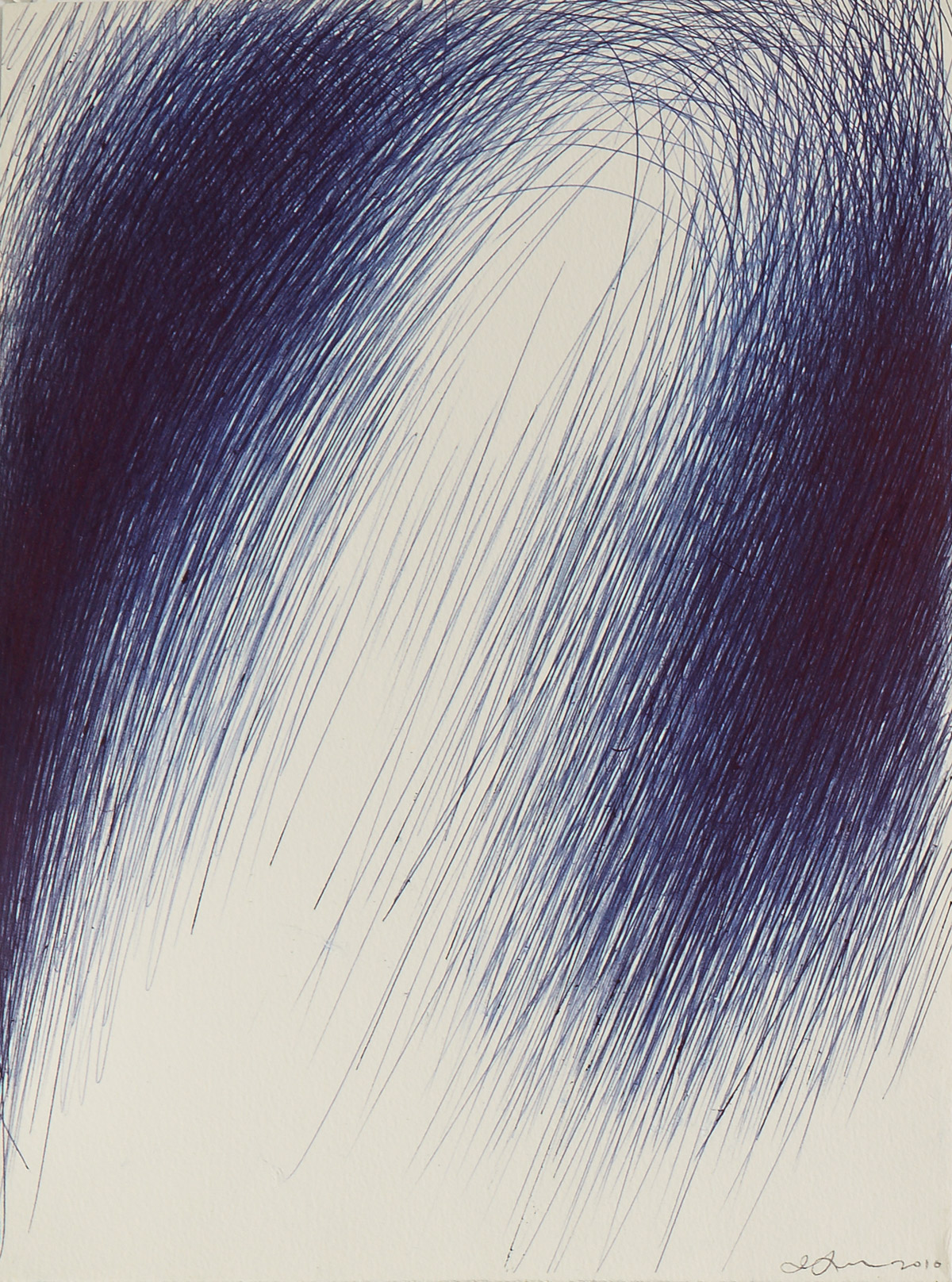 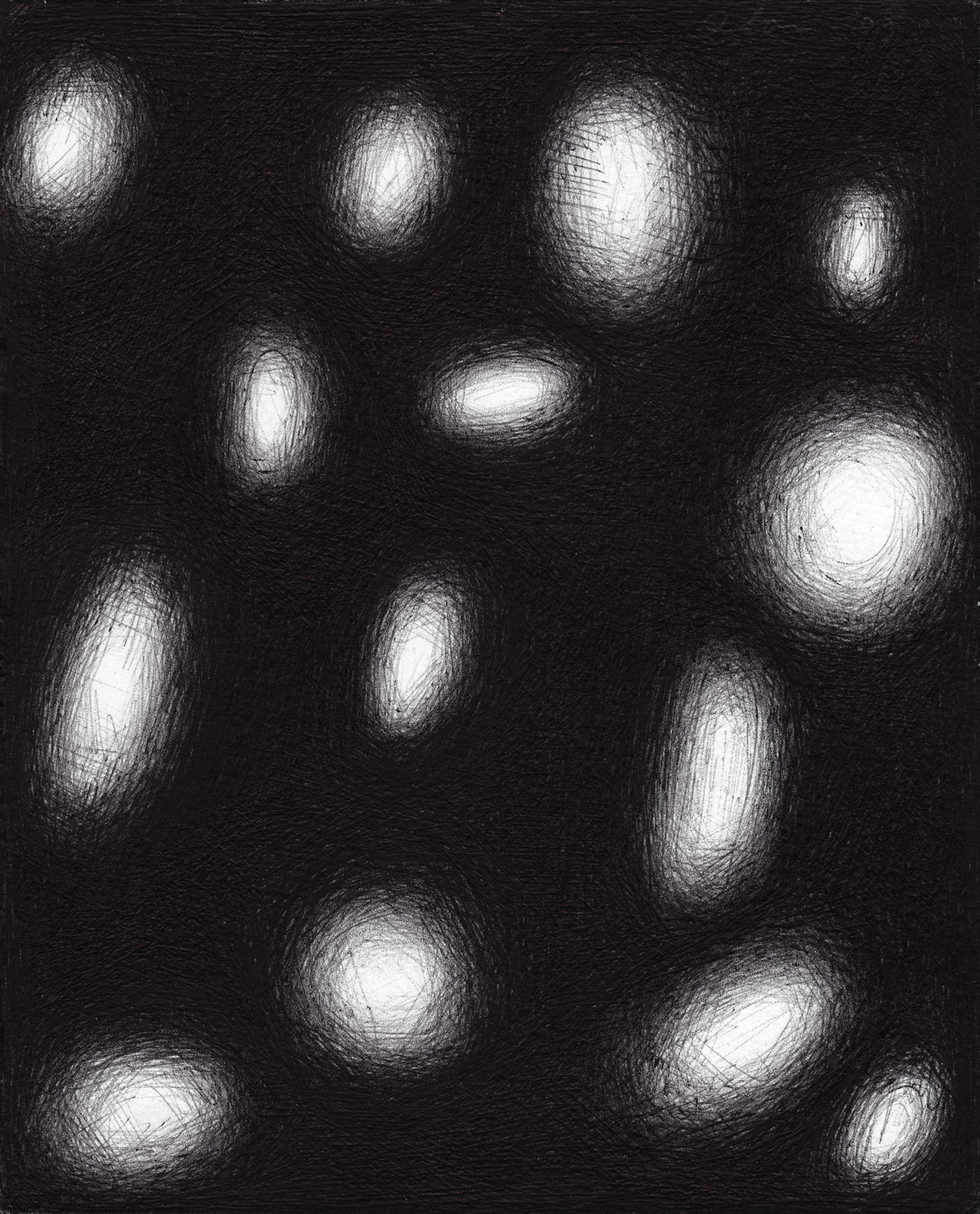 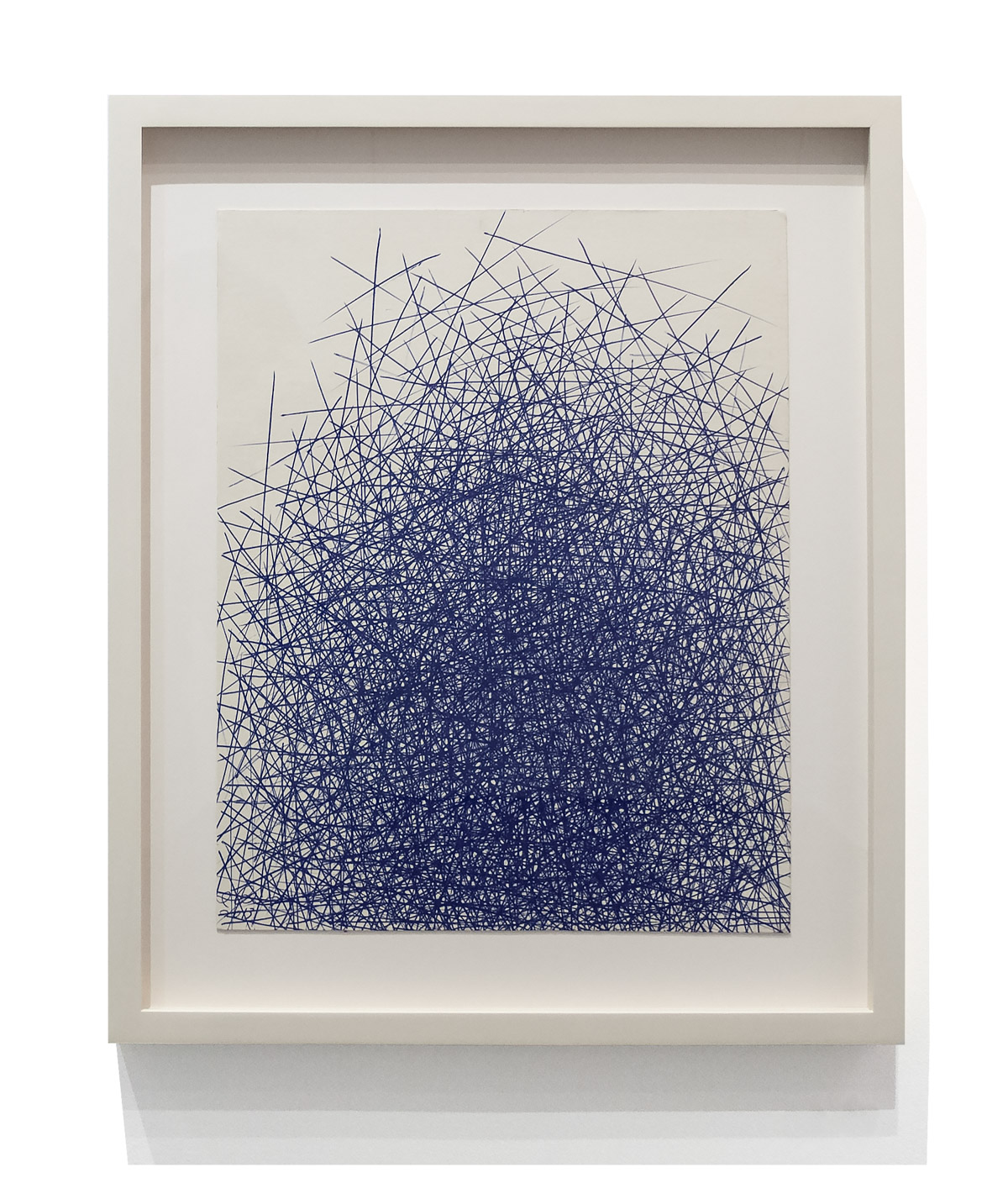 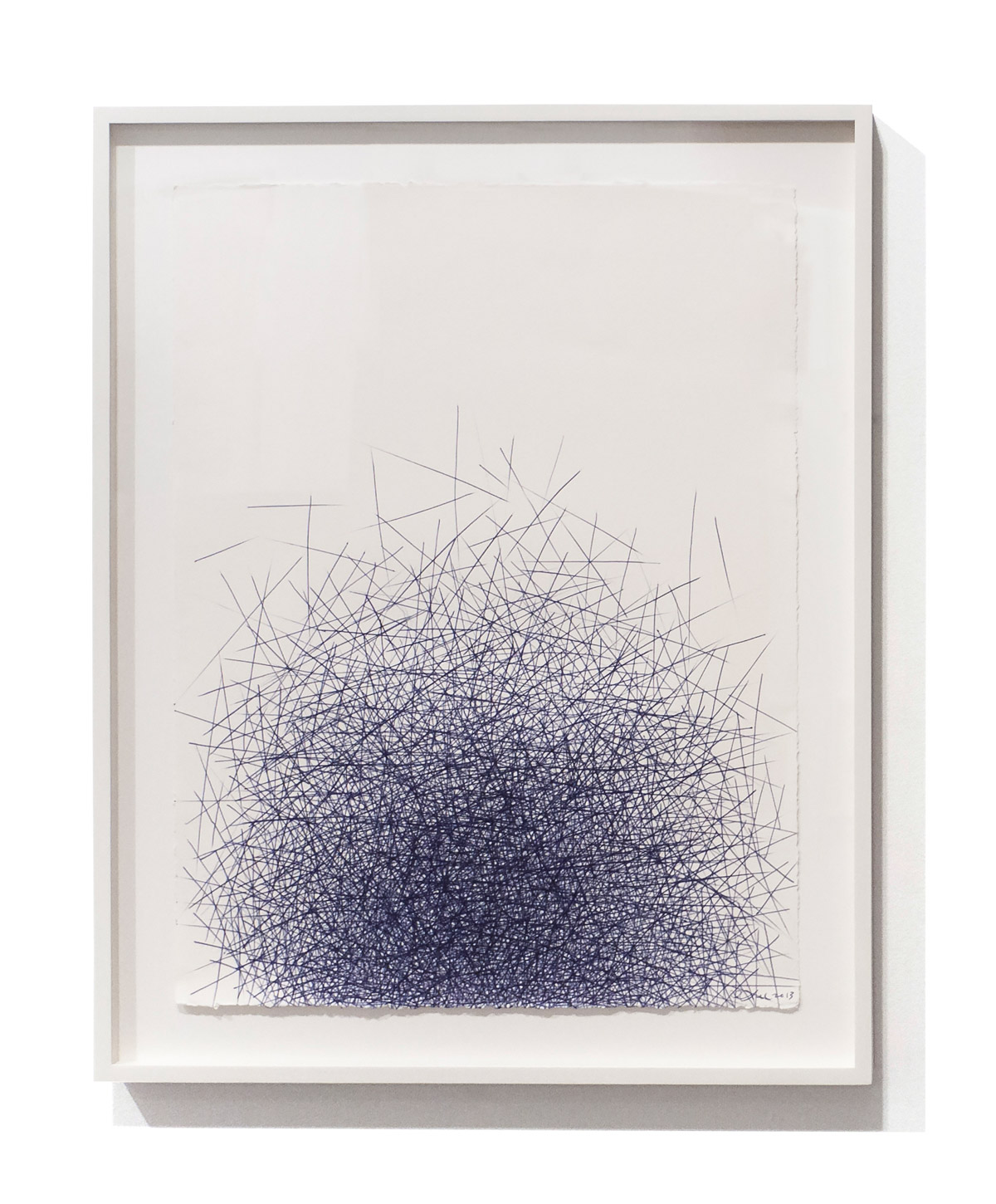 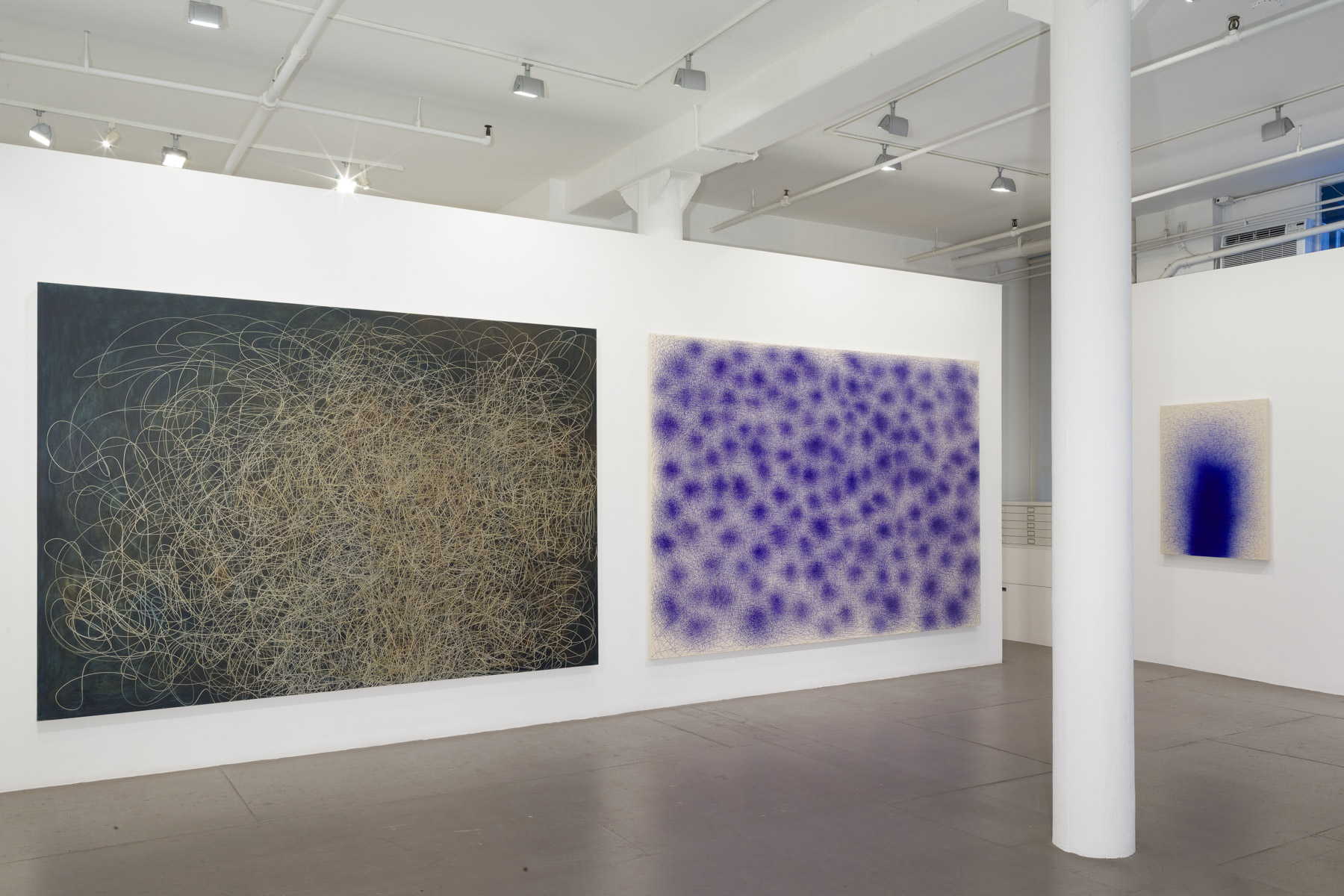 Art Projects International is pleased to present IL LEE: New Paintings / 40 Years in New York. On view from September 22 to November 19, 2016, the exhibition is the largest showing of Lee’s work in recent years and spans his career over the past four decades in New York City. To accompany the exhibition, a fully-illustrated catalogue will be published with a conversation between the artist and Jane DeBevoise, Chair of the Asia Art Archive and an essay by Raphael Rubinstein. The book will be published in October 2016.

The exhibition consists of two parts: First, presented in the main gallery, a presentation of select works focuses on the latest evolution in Il Lee’s paintings — Lee’s most recent ballpoint ink works on canvas and acrylic and oil paintings, including two large-scale paintings — TW-1203, an acrylic and oil on canvas work and the largest work in the exhibition at 82 x 117 inches, and BL-1606, a similarly visually arresting and monumental ballpoint ink on canvas work that suggests a magical, celestial landscape. Stunning in their impact and inventiveness, each work in the show display Lee’s ability to create multiple forms as well as a single massive form through the energetic and skillful overlay of thousands of lines.

In the gallery’s expanded exhibition space, a special presentation of select works from the late 1970s to the present features a range of Lee’s styles and media over the last four decades. The presentation includes a selection of works on paper along with many never before exhibited early works that offer viewers a historical overview of Lee’s art and provides a rare opportunity to directly follow the disparate art resulting from Lee’s extensive experimentation with theme, surface and technique. Highlighting the criticality of working on paper to Lee’s practice, a generous selection of works on paper and other smaller works are grouped together. Also on view are several early non-ballpoint works; an early lithograph Untitled (1979); a drypoint etching Untitled (1980); two small crayon and oil on paper works Untitled B (1980) and Untitled R (1980); an acrylic and oil on board Untitled 84-6 (1984); and Untitled 82-A (1982), a stunning example of an early painting drawn with a sharp nail and a precursor to his recent acrylic and oil paintings.

Born and raised in South Korea, Il Lee has spent most of his adult life as an artist in New York City — his home since 1977 and where he developed his signature process and style using ballpoint pen, a medium important to his practice over the decades. His ballpoint ink work was first exhibited at the Brooklyn Museum in 1981, and for over 30 years, Il Lee has been exploring contemporary possibilities in drawing and painting in his chosen medium of ballpoint pen. His work, with its unorthodox media and distinctive style, and artistic contributions are widely acknowledged and appreciated by art-viewing audiences worldwide. Lee’s simply understated work appears unprecedented and opens up discussions of the new. At the same time, it clearly reveals its influences.

“Lee harnesses the tension that exists between opposing forces of tradition and invention, creating a harmonious balance,” said curator JoAnne Northrup. “His work speaks to the larger role that art plays in our lives: of creating opportunities to reflect; observe; contemplate; and ultimately understand on a deeper level.”

IL LEE: New Paintings / 40 Years in New York will engage audiences to learn more about how various Asian and Western art histories inform the contemporary moment, as they observe Lee address a multitude of concerns through a singular sensibility. The exhibition also marks the 20th year the artist has worked with the gallery.

Il Lee is currently featured in the Metropolitan Museum of Art’s The Artist Project. 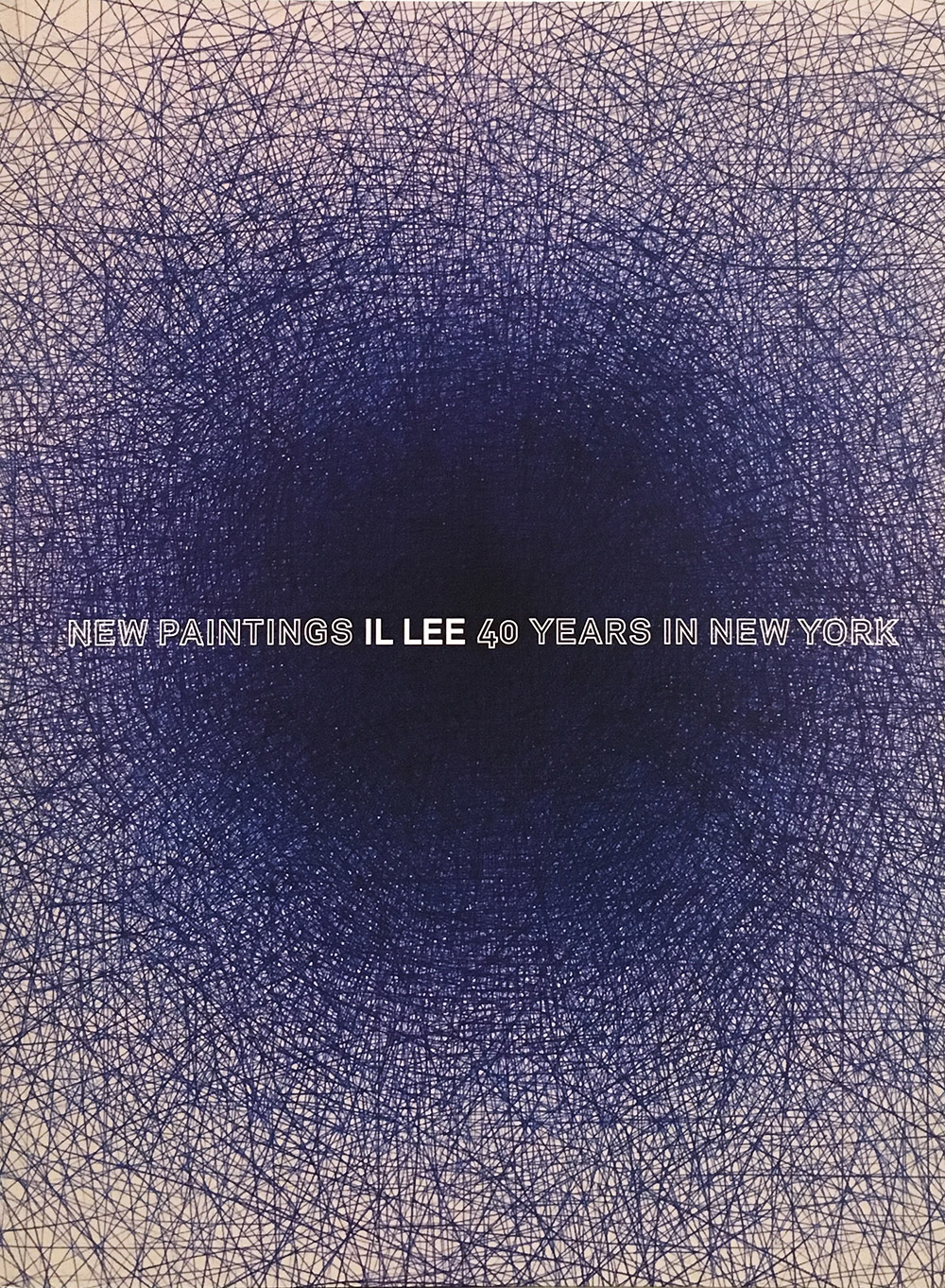 40 years of his work is currently on view at Art Projects International. The lovingly compiled exhibition highlights a recent body of paintings and drawings on canvas but also reaches back with prints, drawings and paintings beginning with his arrival in New York in the late 70’s. Read More

It was great seeing people out and about on Thursday evening for the inaugural Tribeca Art Night! I had to go to the 1st Precinct Community Council meeting, but I did make it to Art Projects International for the Il Lee show (love his ballpoint-pen works, some of which are below)... Read More