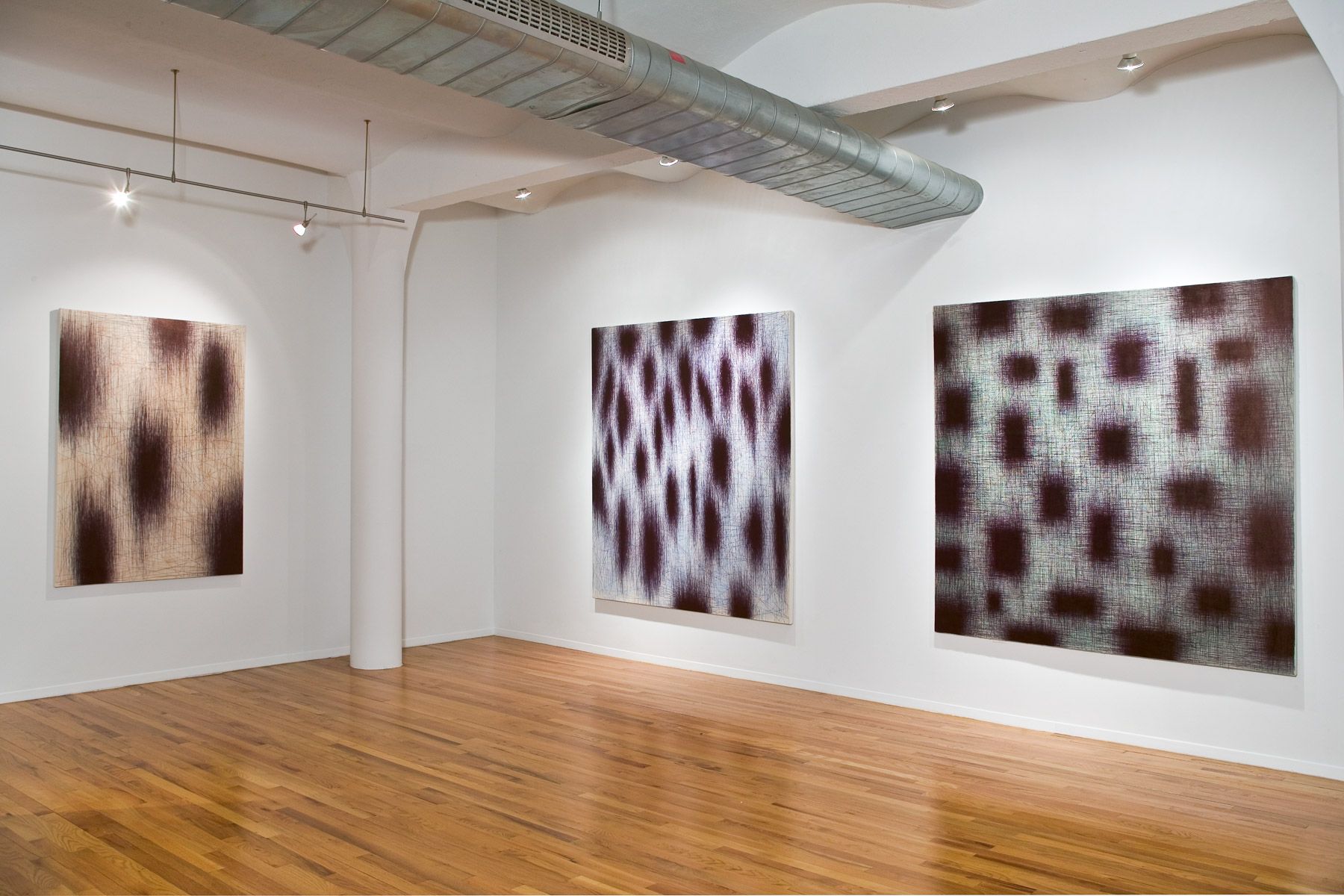 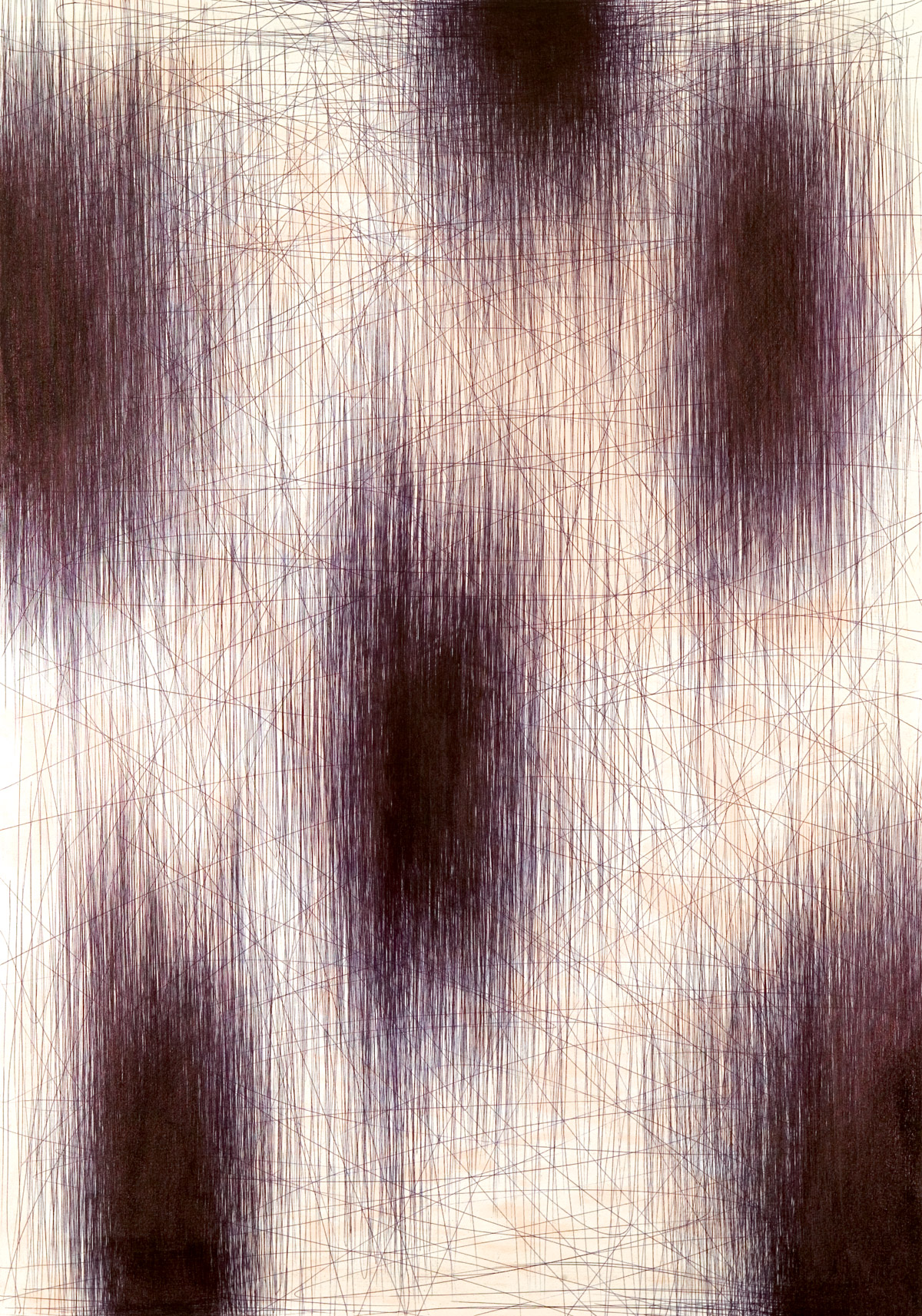 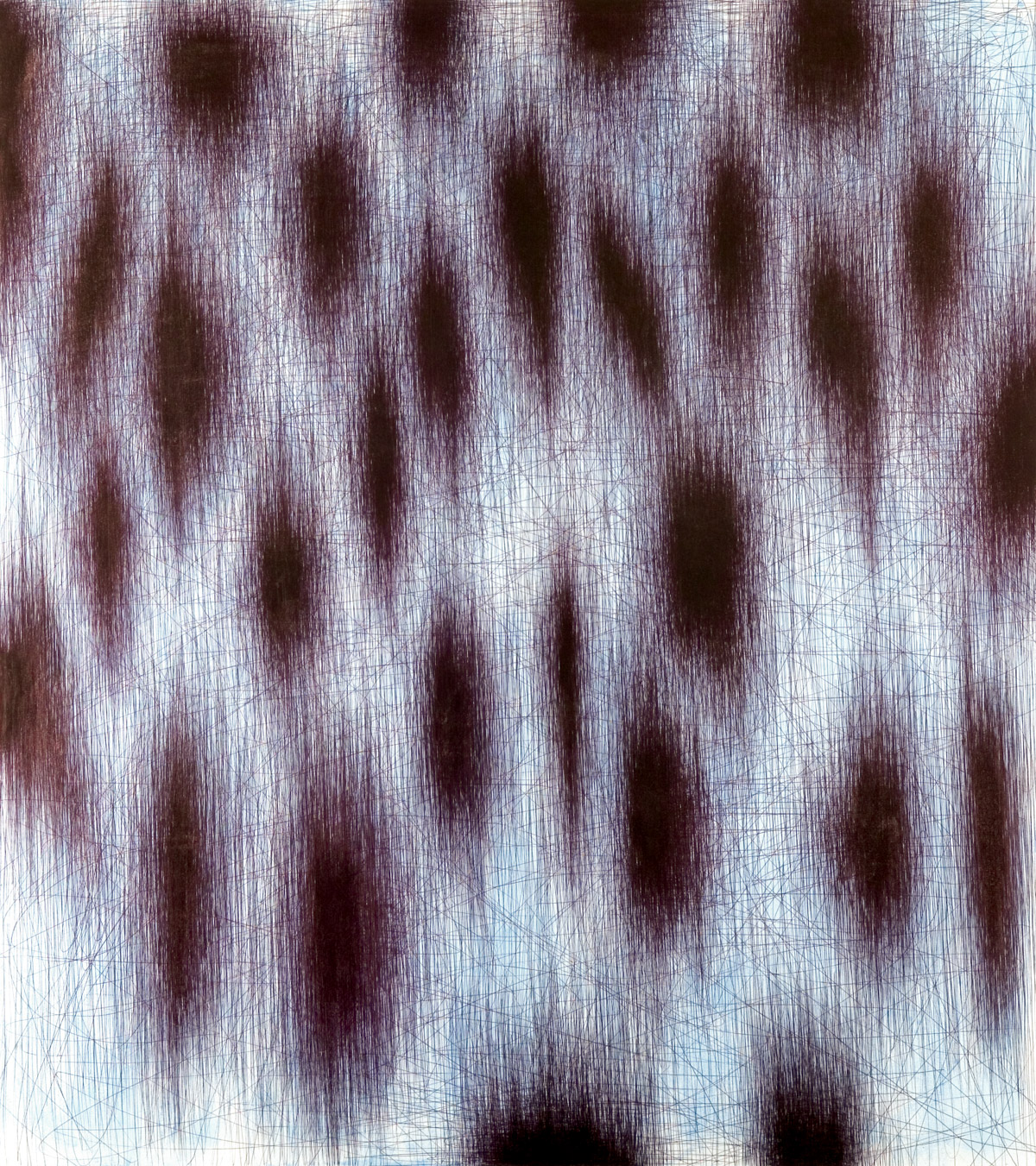 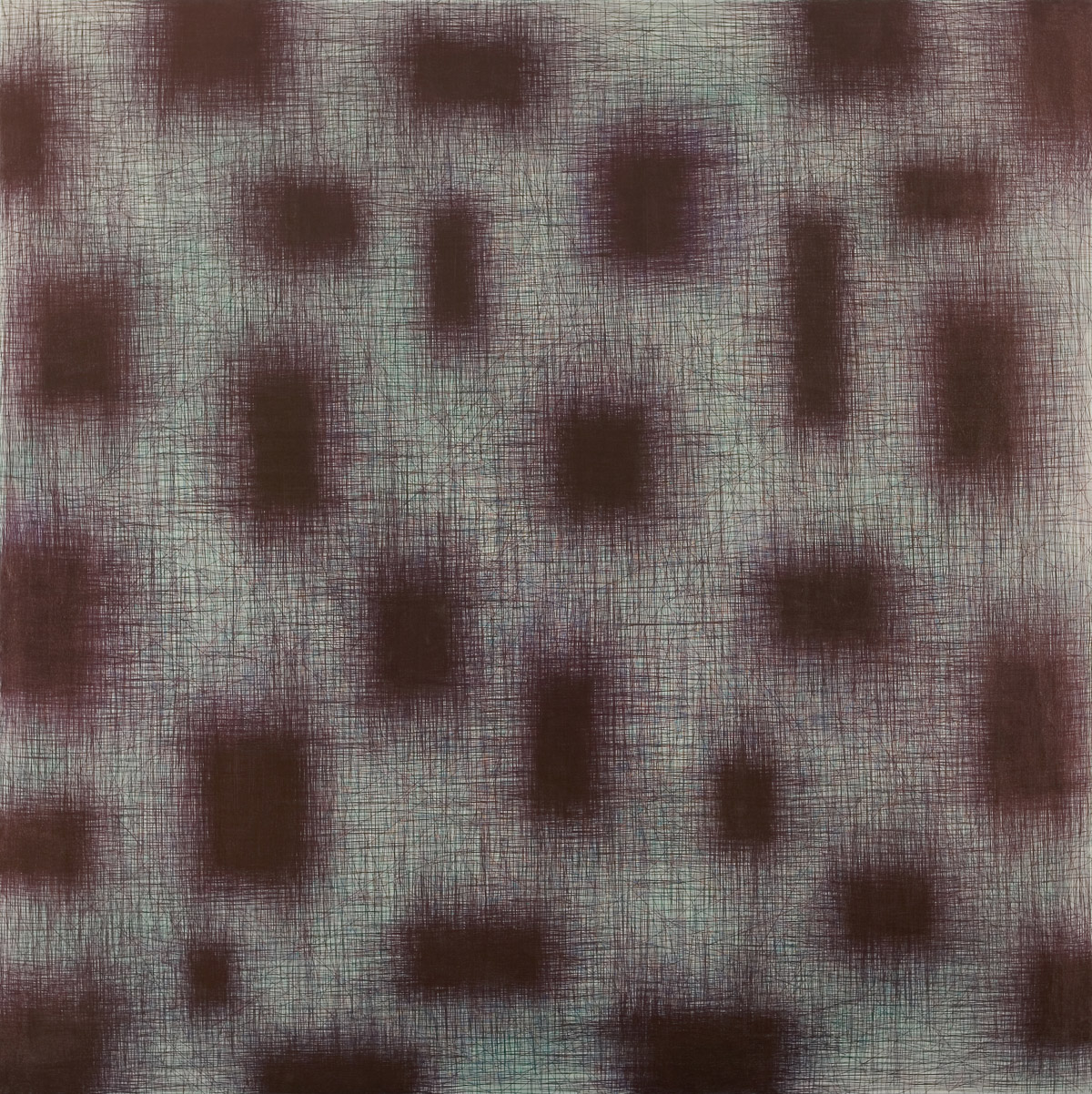 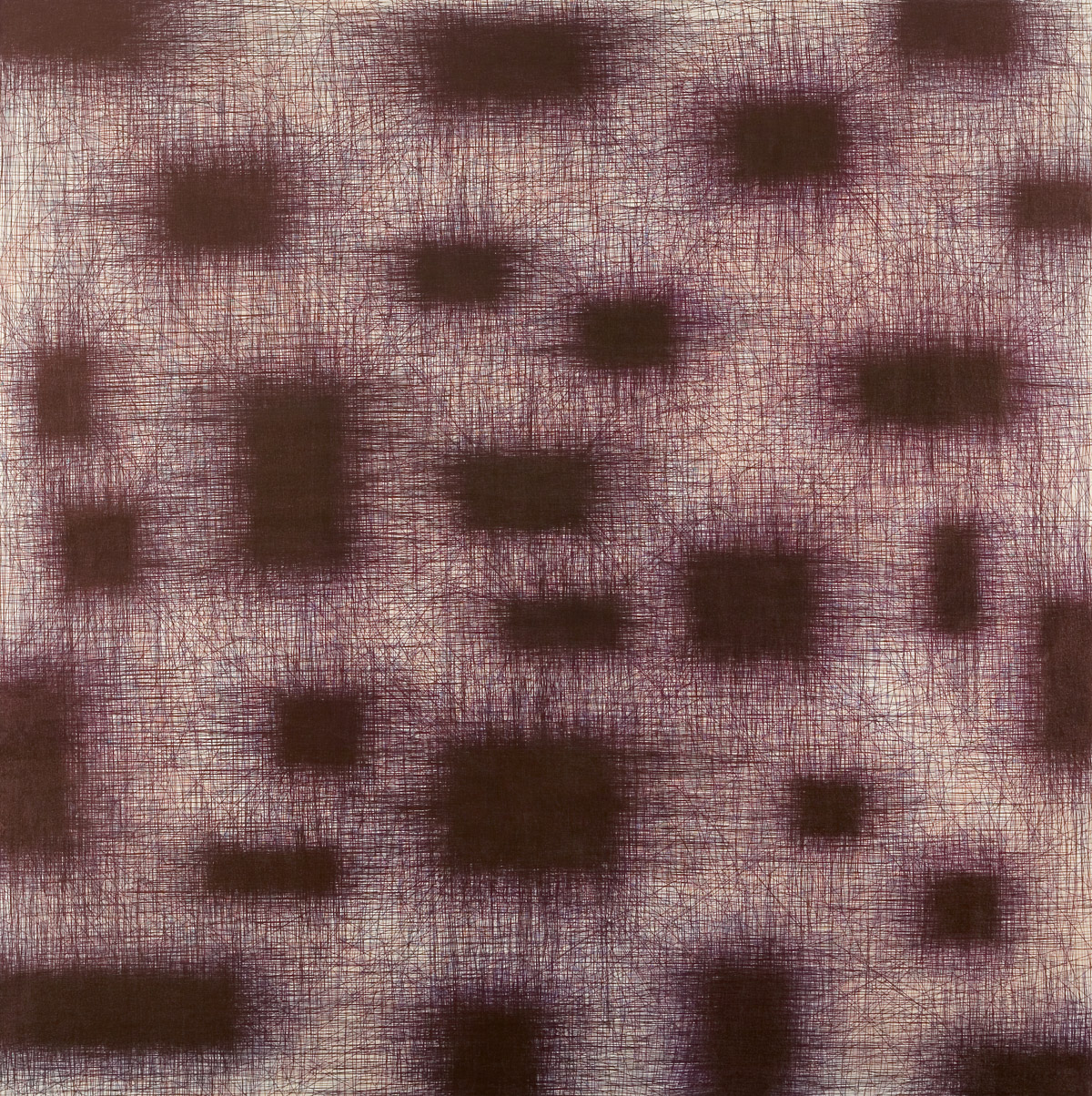 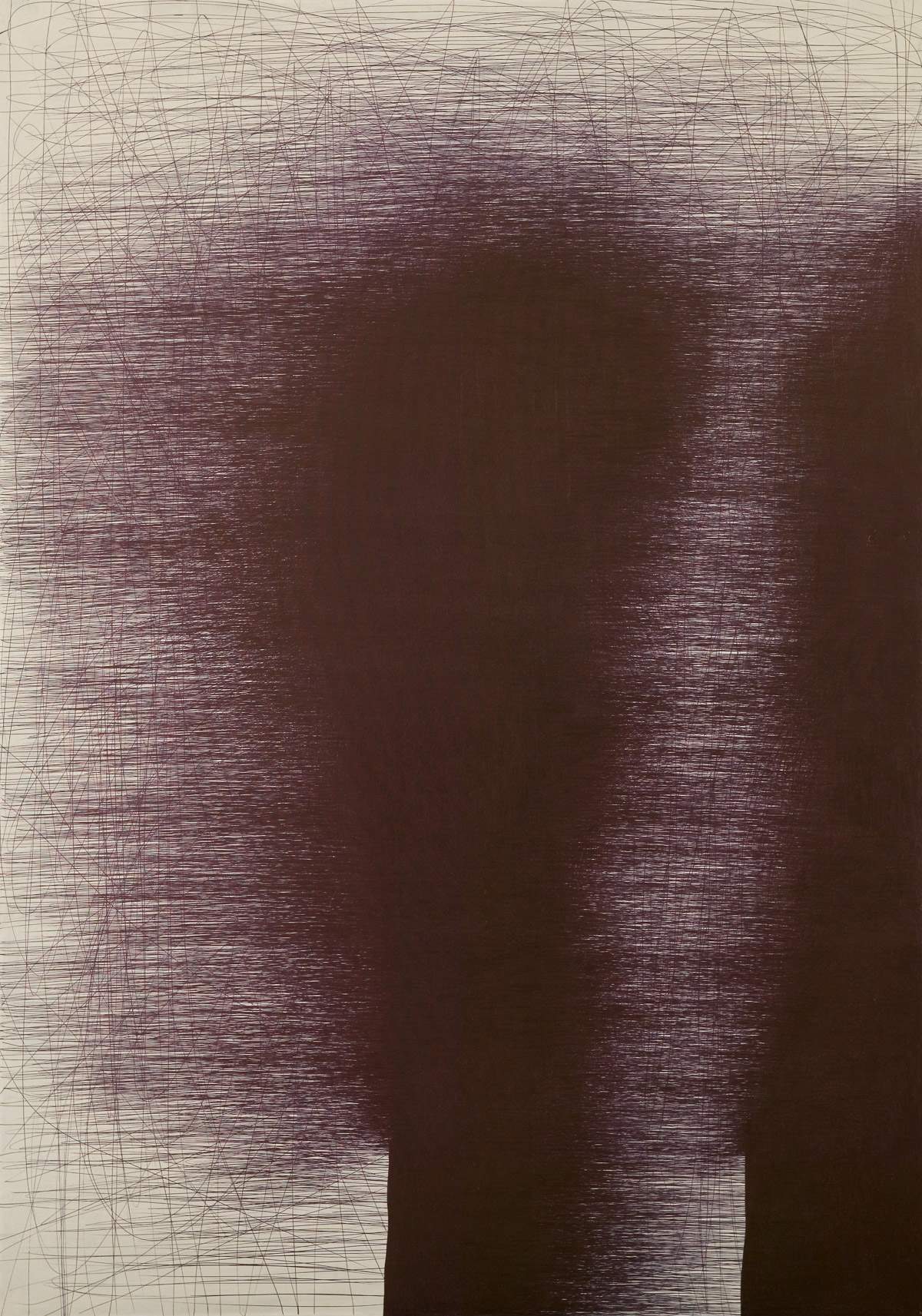 Art Projects International (API) is pleased to present new ballpoint pen works on paper and canvas by Il Lee. Followers of Il Lee’s art–as well as newcomers to his masterful, nuanced renderings–will find particular satisfaction in his new large format works. In some of the works on canvas Il Lee incorporates subtle colorings and in all he continues his practice of creating carefully balanced compositions with fields of forms, or a single monolithic form, constructed out of and unified by teeming ballpoint pen lines.

Il Lee, born in Korea, has been active in New York as an artist for nearly 30 years. In the last few years interest in Il Lee’s work has accelerated. Increasingly, this interest is being shared with larger audiences through book and magazine publications and extensive gallery and national and international museum exhibitions. In short, he is being recognized on a number of fronts as one of the important artists of his generation. Concurrent with the API exhibition, Il Lee’s work will be on display at the Brooklyn Museum of Art in a landmark exhibition, dedicated to the important portion of “New York” art made in Brooklyn, Open House: Working in Brooklyn, April 16 – August 15, 2004.

The pioneering work with ballpoint pens that Il Lee has continued over several decades has been broadly acknowledged. In 1981 his work was selected for the exhibition Korean Drawing Now at the Brooklyn Museum of Art. In 2002 his work was presented in New Acquisitions 2001 at the National Museum of Contemporary Art in Kwachon, Korea. In addition, the editors of the Fifth Edition of Drawing: A Contemporary Approach, 2004, the “best-selling drawing text in the market,” have included a discussion of Il Lee’s contributions to the practice of drawing. The book, widely used in college art departments, places Il Lee’s work in the context of 20th Century trends in drawing and of major contemporary artists working today.

Il Lee: New Drawings and Paintings reveals Il Lee’s recent works as standouts for their mastery, unfettered experimentation, and exceptional contribution to contemporary art making. With this exhibition being the largest survey of Lee’s work in recent years, it will be easy for viewers to appreciated the timelessness of his honed aesthetic, contemporary yet existing outside of any easily described genre. API is pleased to announce that the exhibition also marks the 8th year the artist has worked with the gallery.

A catalog with an essay by Philip Gould, Professor Emeritus of Art History at Sarah Lawrence College, is available. The catalog has been made possible, in part, by the generous support of the Korean Cultural Service in New York. 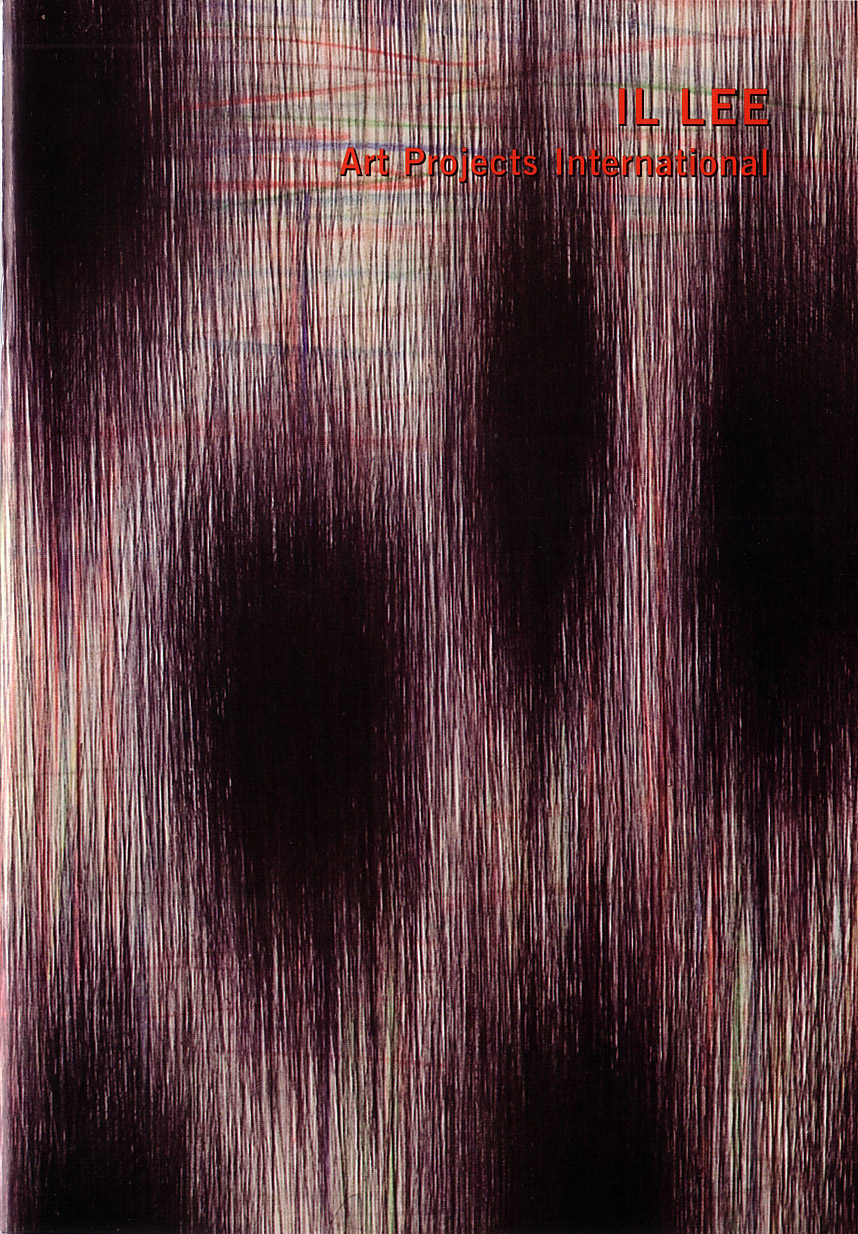 A product of both Western and Asian cultures, Il Lee's remarkable series of ballpoint pen drawings quote both the theoretical and physical reductiveness of minimalism and the understated lyricism of classical Asian culture. Read More