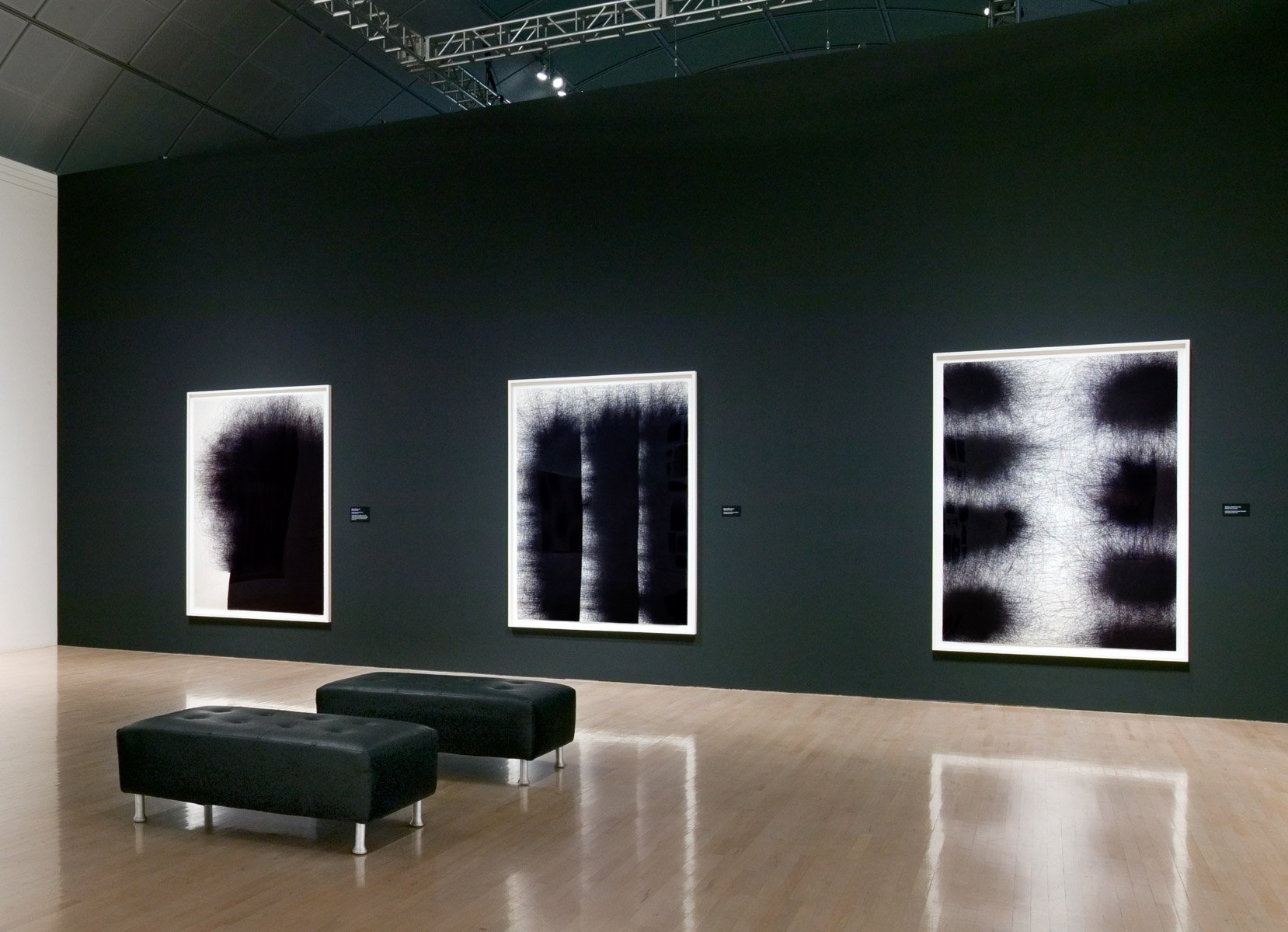 Il Lee is a virtuoso performance artist whose intensely physical encounters unfold without an audience… His rhythmic gestures fly fast and loose, conjuring mass and form from a single looping continuous line, employing only the simplest of materials to create an impact that is often staggering in its strength… Seemingly directed by an unseen force, the spirited drama that took place within the confines of his modest studio is documented by the graphic embodiment of this performance: Lee’s profoundly expressive ballpoint abstractions.   – JoAnne Northrup, IL LEE: Ballpoint Abstractions, 2007

Art Projects International is pleased to present IL LEE: 978 to celebrate the recent acquisition of two large works by Il Lee — including 978W from the “978” drawing series — to the permanent collection of the Minneapolis Institute of Art (Mia).

The special presentation in our viewing room will spotlight the “978” series of powerful drawings created between 1997 and 1998 using ballpoint pen with much larger paper, and will be on view from May 11 to June 29, 2019. “His move to larger format paper had far-reaching consequences for the future development of his work” noted JoAnne Northrup, curator of Il Lee’s 2007 mid-career retrospective at the San Jose Museum of Art in California where three works from the “978” drawing series were prominently exhibited as part of the artist’s retrospective (photo above).

Encouraged by the enthusiastic response to his large works on paper, Il Lee transitioned to even larger-scale projects such as BL-071 (2006), a very large ballpoint pen on canvas work. “One enormous canvas BL-071 resembles a sky magically filled with nebulae; his forms radiate with unbridled celestial energy recalling Vincent Van Gogh’s Starry Night (1889)” JoAnne Northrup wrote in the SJMA exhibition catalogue IL LEE: Ballpoint Abstractions. This work, BL-071, will be included in the presentation.