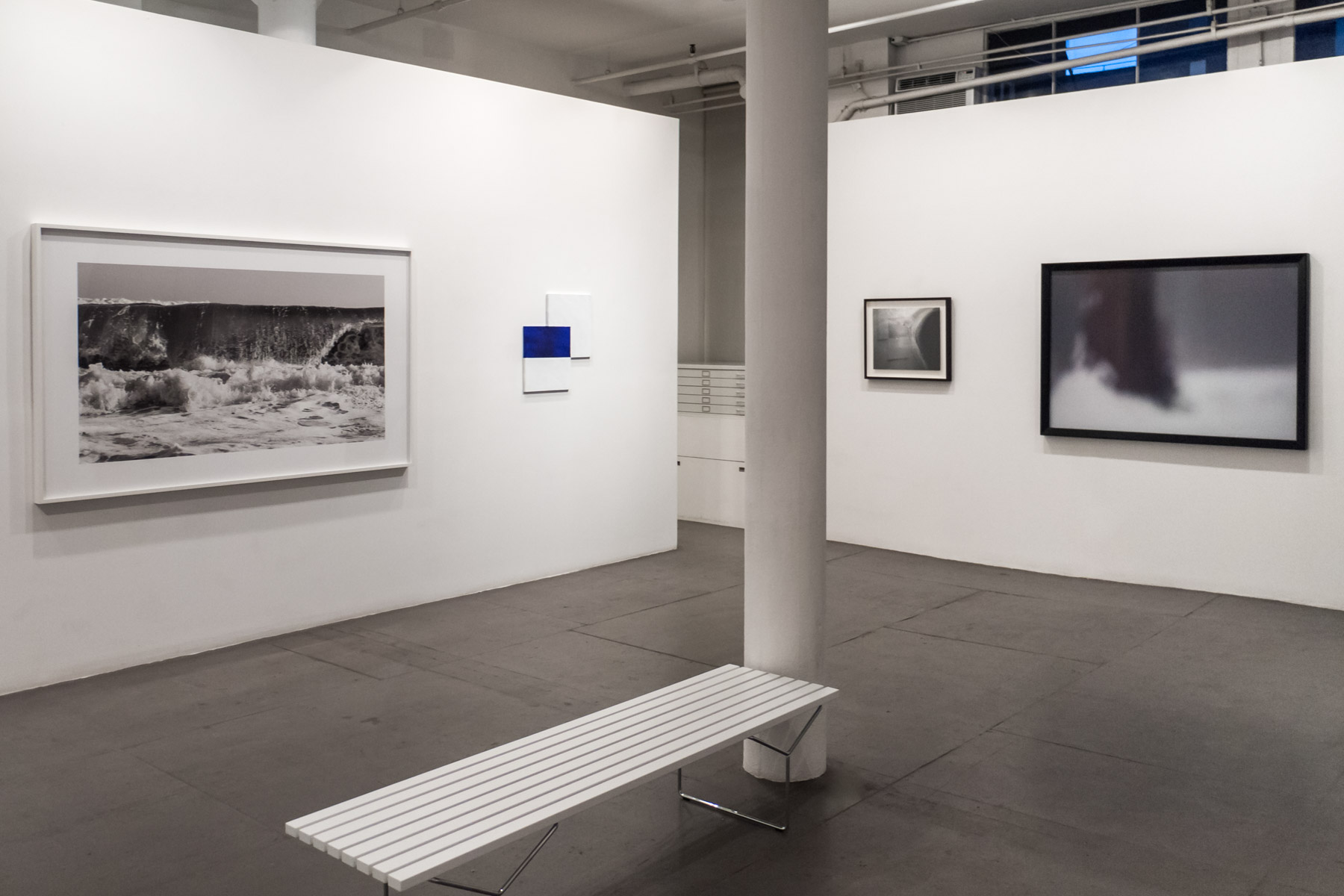 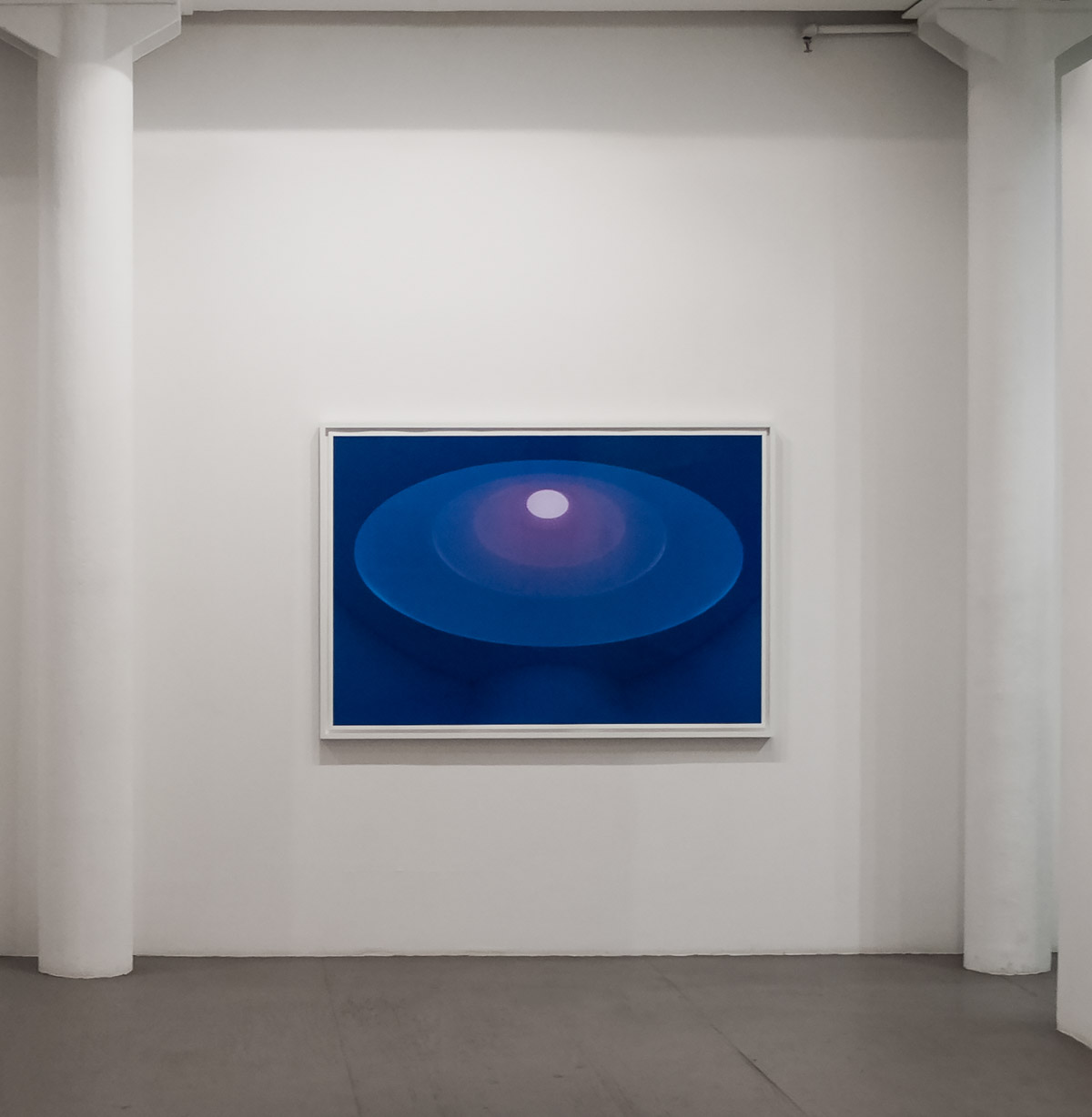 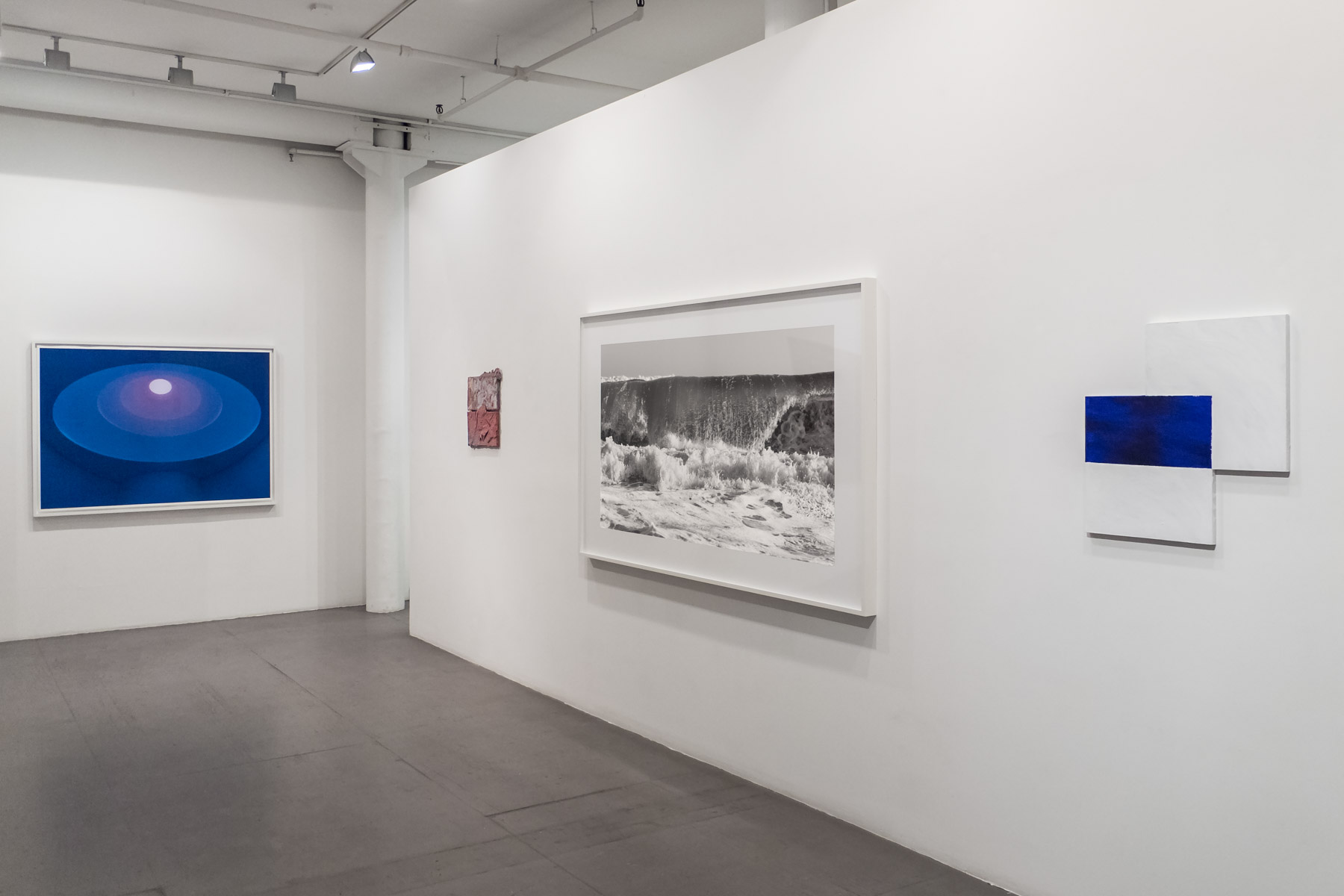 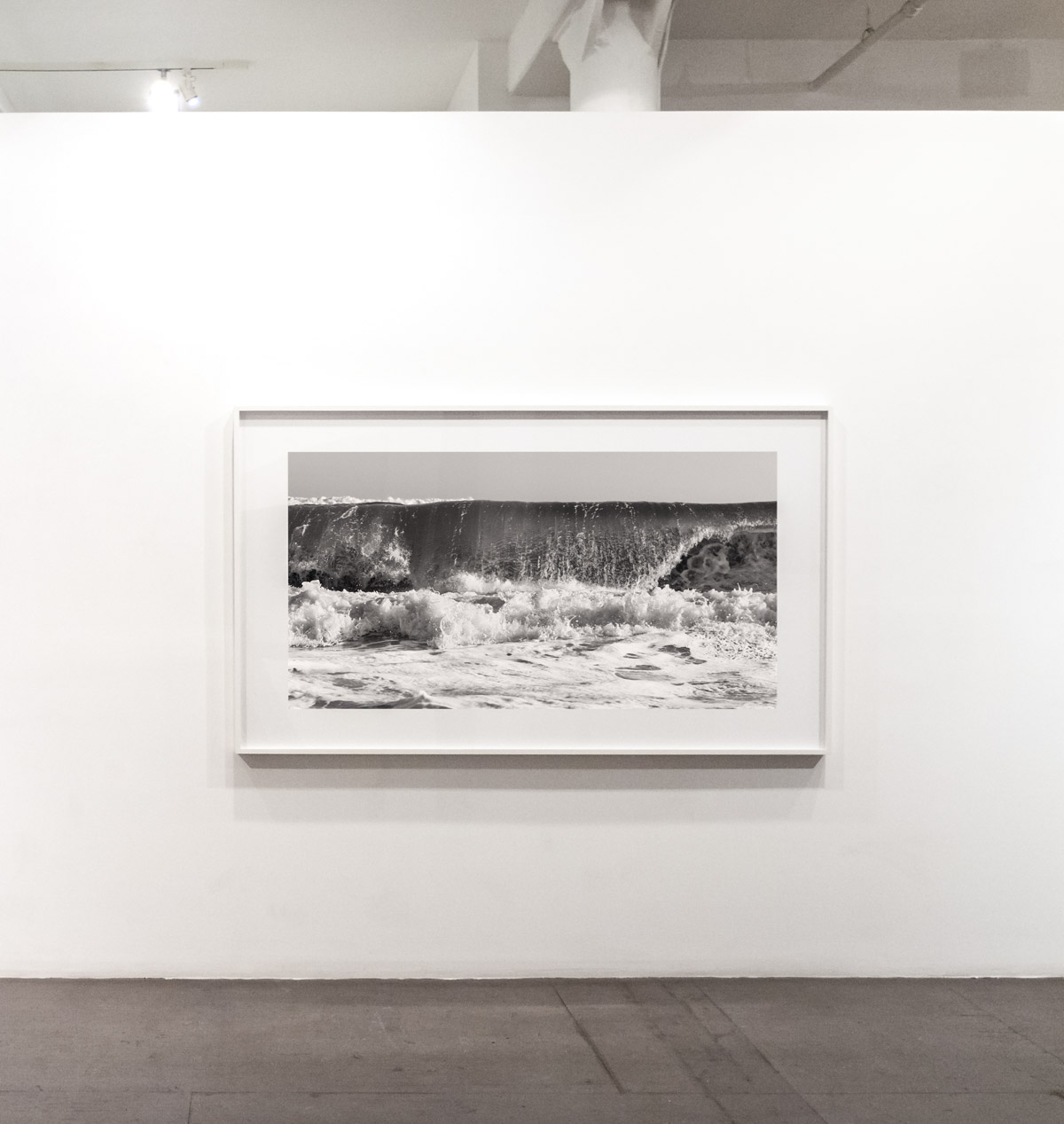 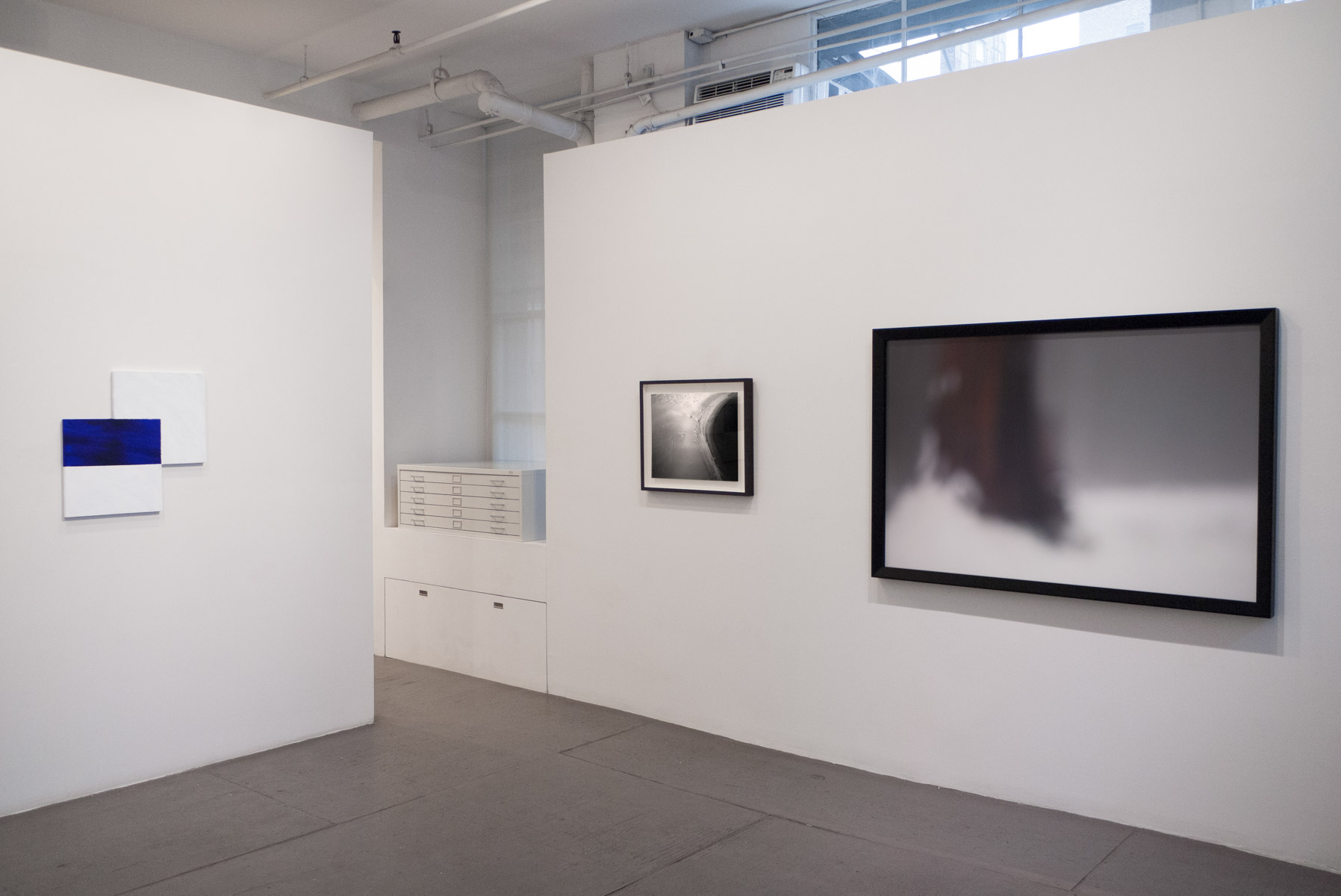 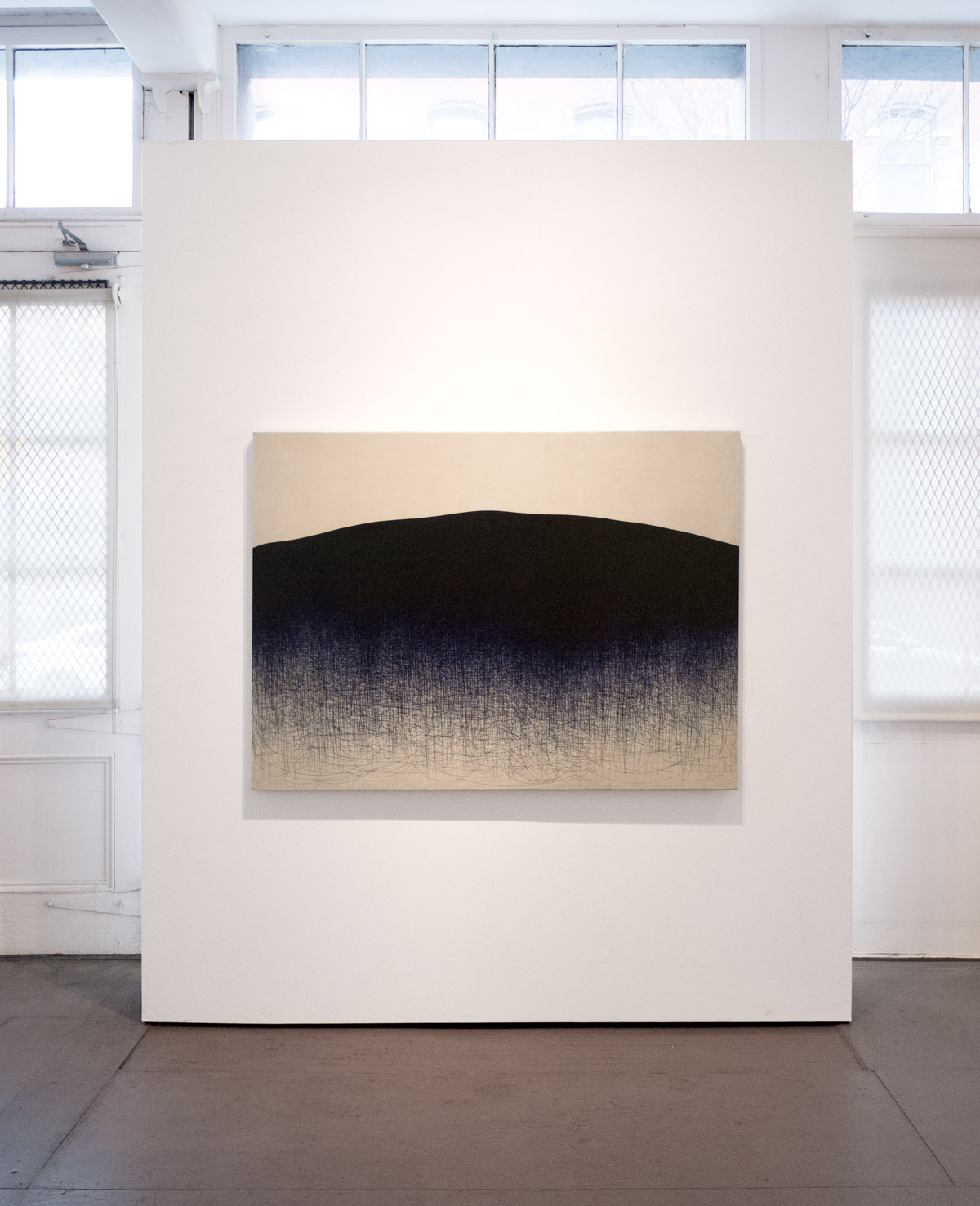 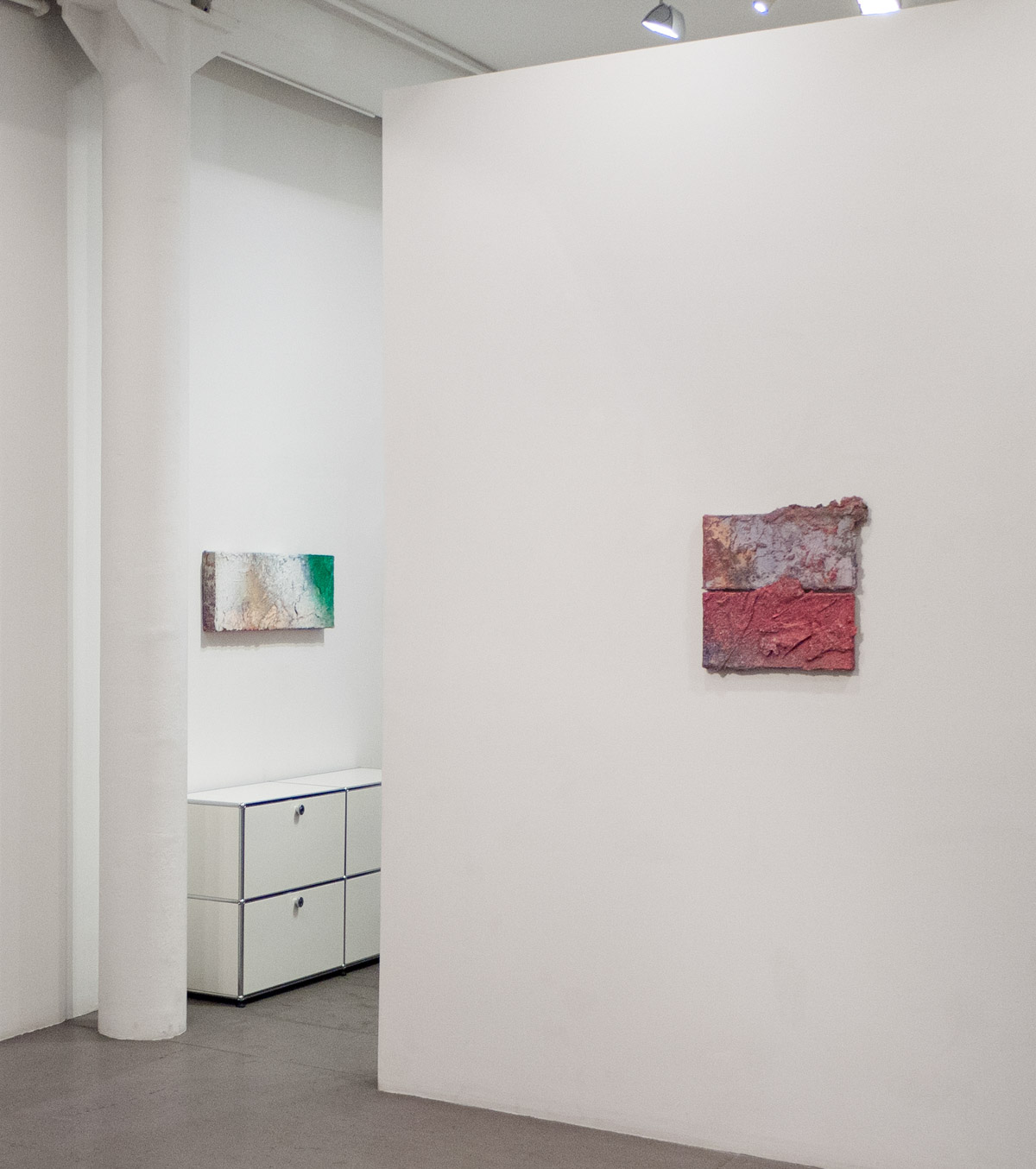 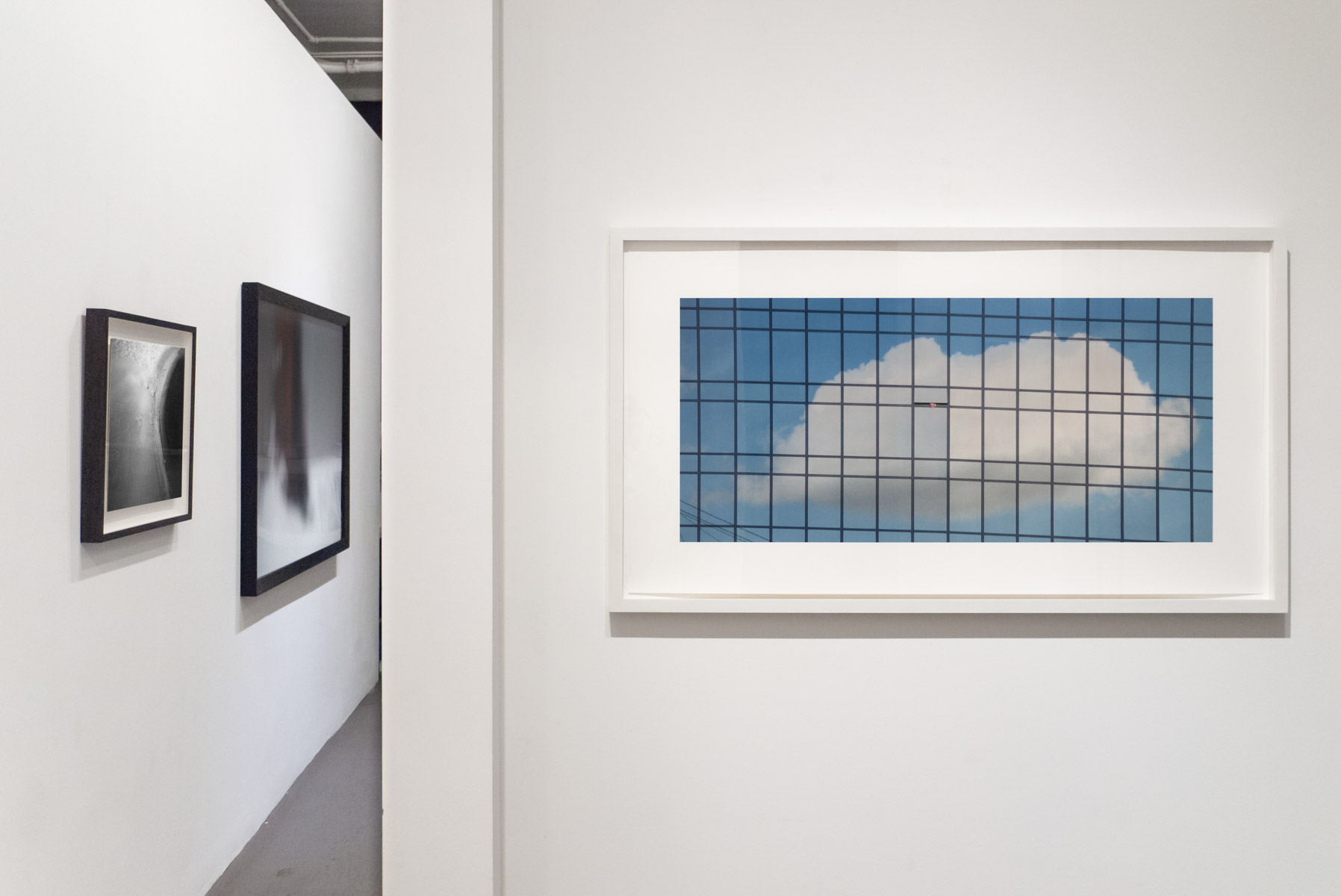 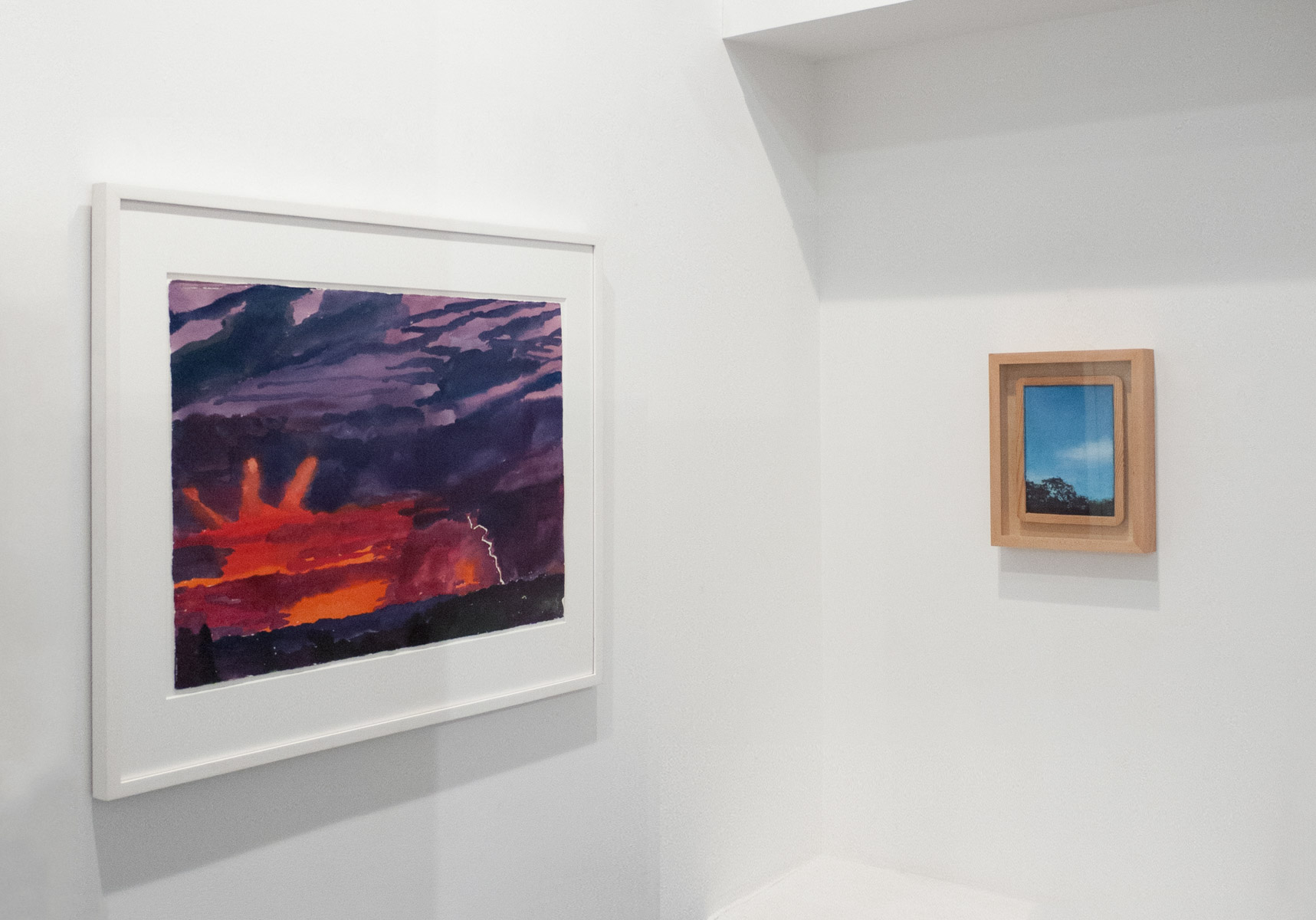 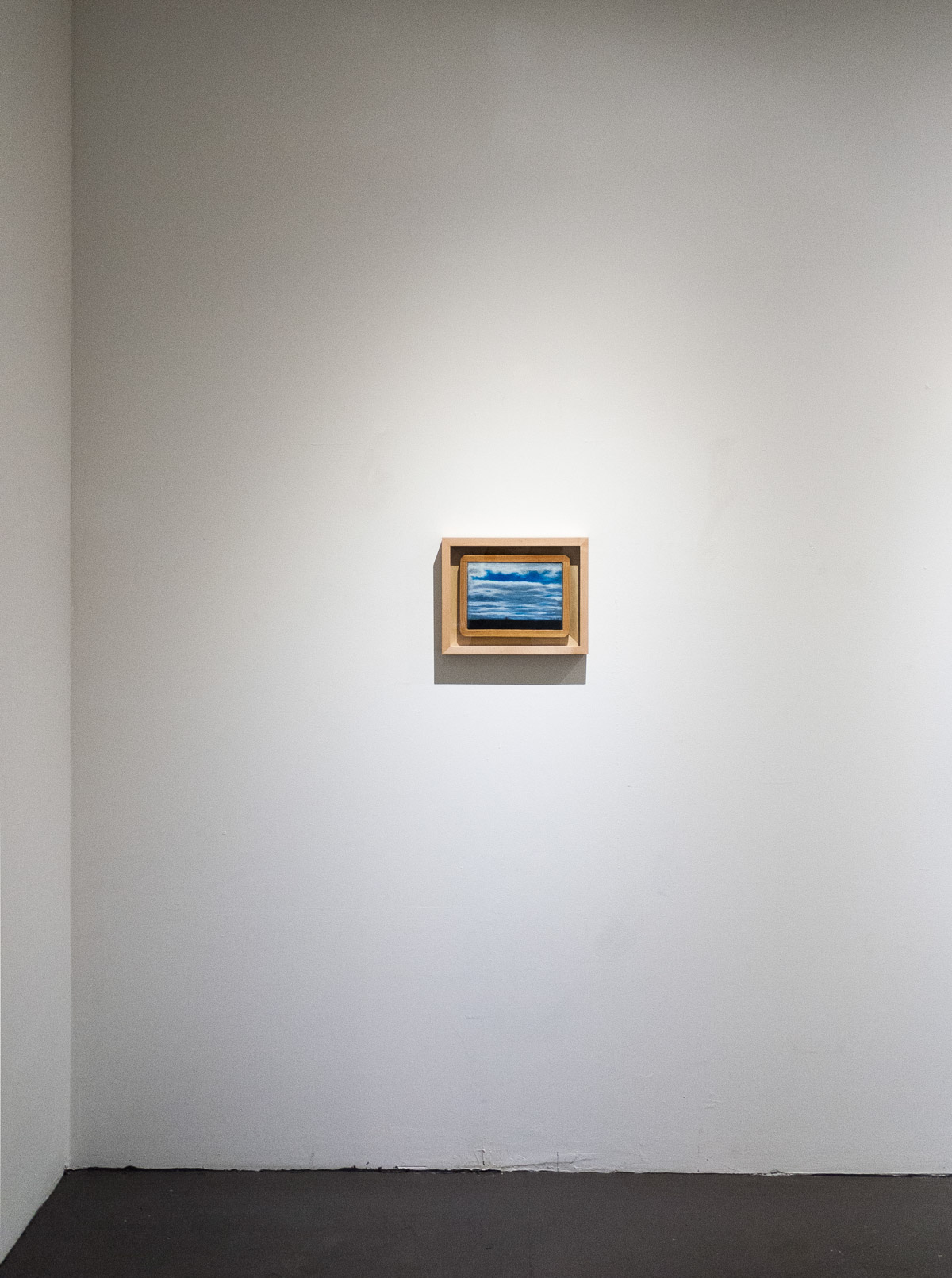 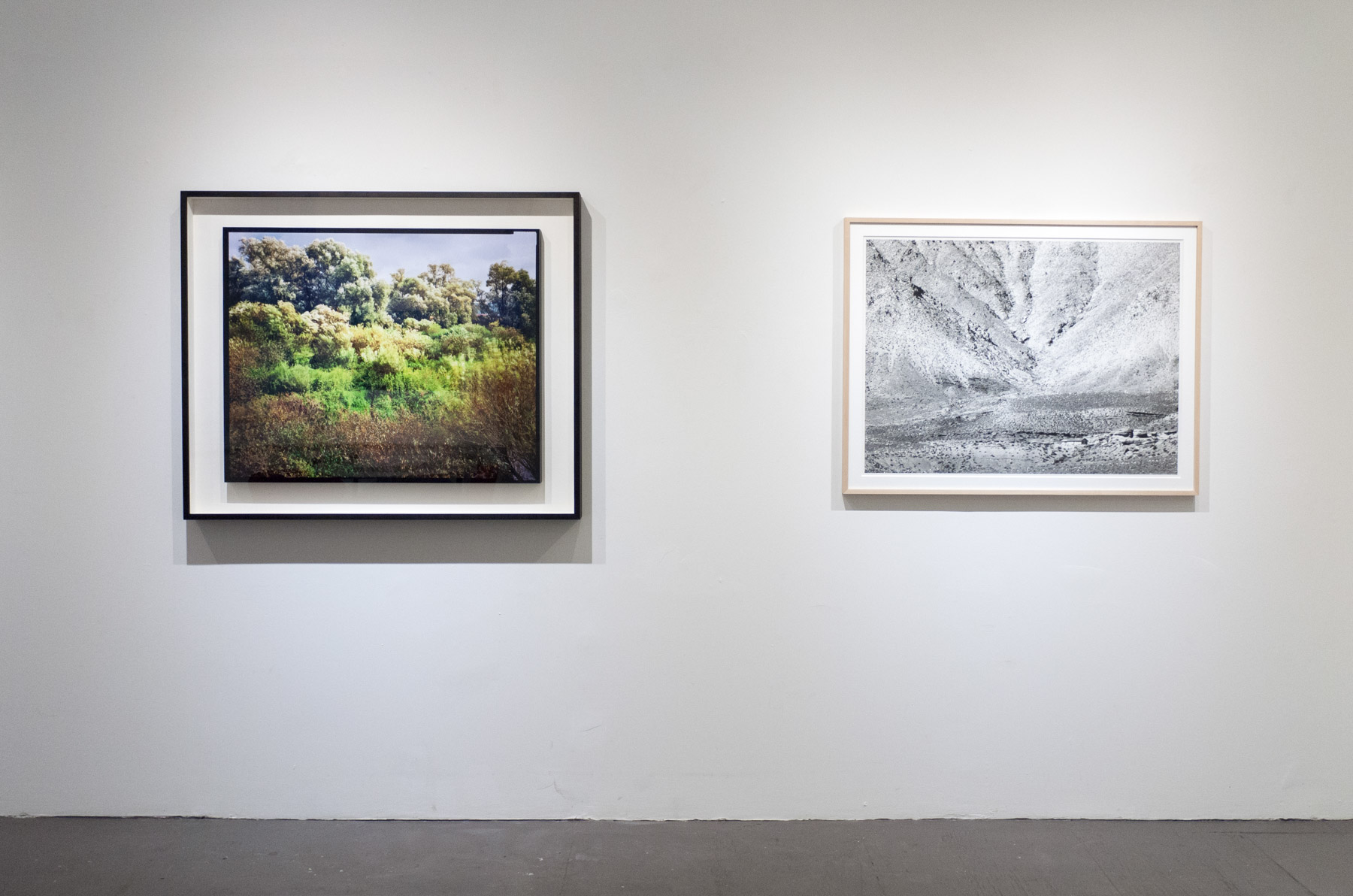 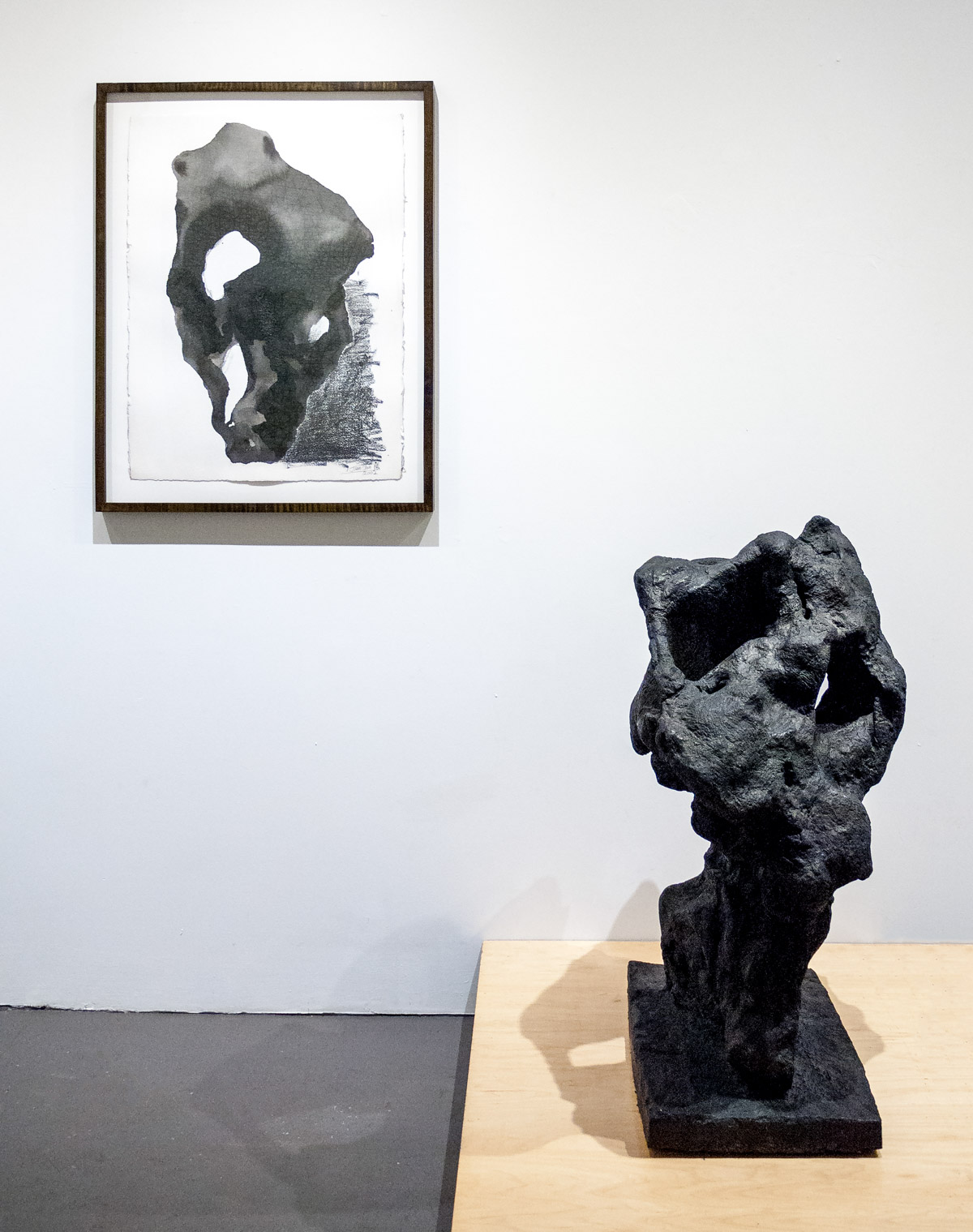 Blurred Horizons reveals the idea of landscape as a powerful force of attraction and influence that affects artist and viewer alike. In bringing together a diverse range of works by an international and multigenerational group, the exhibition allows audiences to be exposed to strong artworks in a symbiotic, thoughtful, and, at times, surprising conversation that elevates beyond theme.

Four photographers in Blurred Horizons similarly push the limits of their medium to explore abstraction. Clifford Ross, who began his career as an abstract painter and sculptor, creates monumental seascapes that seek to capture the sublime power of nature, while Catherine Opie‘s iconic landscapes blur toward abstraction and unrecognizability. Yojiro Imasaka‘s painterly photographs explore landscapes through ambiguities of scale and space, and Seokmin Ko incorporates elements of artifice in his landscape series.

The exhibition also features innovative landscapes in unique formats, including a “wool drawing” by Filipe Rocha da Silva and an ink scholars’ rock by Zhang Jian-Jun.

The exhibition will be on view from January 18 to March 31, 2018, at 434 Greenwich Street, in Tribeca, with an opening reception on Thursday, January 18, 6-8pm. Many of the exhibition’s participating artists will be in attendance at the opening reception. Additional programs are planned through the run of the show, including guided curator walkthrough conversations in February and March.

Catherine Opie (b. 1961, Sandusky, OH; lives in Los Angeles) is known for her powerful and dynamic photography that examines the ideals and norms surrounding the culturally constructed American dream and American identity. Opie has traveled extensively across the country exploring the diversity of America’s communities and landscapes, documenting quintessential American subjects—high school football players and the 2008 presidential inauguration—while also continuing to display America’s subcultures through formal portraits. Using dramatic staging, Opie presents cross-dressers, same-sex couples, and tattooed, scarred, and pierced bodies in intimate photographs that evoke traditional Renaissance portraiture—images of power and respect. In her portraits and landscapes, Opie establishes a level of ambiguity—of identity and place—by exaggerating masculine or feminine characteristics, or by exaggerating the distance of the shot, cropping, or blurring her landscapes. Opie received a BFA from San Francisco Art Institute in 1985, and an MFA from CalArts in 1988.

Graham Nickson was born in England and completed his studies at Camberwell School of Arts and Crafts (BA) and his Master’s degree at the Royal College of Art in London, 1972. He is the recipient of the Prix de Rome (1972-74), The Harkness Fellowship at Yale University (1976-78), the Guggenheim Fellowship (1989), and the Ingram Merrill Fellowship (1993). His work is in the permanent collections of many institutions including the Metropolitan Museum of Art, NY; The Museum of Modern Art, NY; Fogg Art Museum at Harvard University, MA; The Albright-Knox Gallery, NY; the Neuberger Museum of Art, NY; the Frye Art Museum, Seattle; The Lillehammer Art Museum, Norway; and the Boca Raton Museum of Art, FL. He has been a faculty member and Dean of the New York Studio School of Drawing, Painting and Sculpture since 1988.

Il Lee (b. 1952, Seoul, Korea) is a New York-based artist whose pioneering work with ballpoint pen that he began nearly 40 years ago has received worldwide recognition. His work has been the subject of numerous major solo exhibitions including his critically-acclaimed mid-career survey at the San Jose Museum of Art in 2007. His work has been exhibited at The Metropolitan Museum of Art, The Aldrich Contemporary Art Museum, Brooklyn Museum, The Vilcek Foundation, Queens Museum, Crow Collection of Asian Art, Palms Springs Art Museum, Arkansas Arts Center and National Museum of Modern and Contemporary Art Korea. His work is represented in major collections including The Metropolitan Museum of Art, Leeum Samsung Museum of Art (Seoul), National Museum of Modern and Contemporary Art Korea, San Jose Museum of Art, Vilcek Foundation, Palm Springs Art Museum, Société Bic (France), and Minneapolis Institute of Art (promised).

James Turrell (b. 1943, Los Angeles) uses light and indeterminate space—not objects or images—to extend and enhance perception. His work has been the subject of over 160 solo exhibitions worldwide since 1967, including the three-venue museum exhibition presented concurrently at the Guggenheim Museum in New York, the Los Angeles County Museum of Art, and the Museum of Fine Arts, Houston in 2013. In addition to permanent installations at institutions such as Nasher Sculpture Center, Dallas, MoMA PS1, Long Island City, New York, and Walker Art Center, Minneapolis, Turrell’s work can be seen in over 70 international collections. Since 1968, when Turrell received a grant from the National Endowment for the Arts, the artist has been the recipient of numerous awards including a MacArthur Foundation Fellowship (1984); Chevalier, L’Ordre des Arts et des Lettres, France (1991); Commandeur, L’Ordre des Arts et des Lettres (2006); and National Medal of Arts, Washington, D.C. (2014).

Mary Heilmann lives and works in Bridgehampton, New York and New York City. Her works are included in the permanent collections of many museums worldwide including the Museum of Modern Art, Whitney Museum of American Art, San Francisco MoMA, and the Bonnefanten Museum in Maastricht, Netherlands. Most recently, Craig Starr Gallery presented the exhibition RYB: Mary Heilmann Paintings, 1975-78, and Heilmann’s exhibition Painting Pictures will be at the Dia Art Foundation Dan Flavin Art Institute in Bridgehampton, NY through May of next year. Heilmann is represented by Hauser & Wirth and 303 Gallery, New York.

Yojiro Imasaka (b.1983, Hiroshima, Japan) lives and works in New York City. He received a BFA in photography at Nihon University College of Art in Tokyo, and went on to study at Pratt Institute in New York from which he earned an MFA in 2010. Imasaka’s work has been exhibited in North America, Asia and Europe, including Minneapolis Institute of Art, Tokyo Metropolitan Museum of Photography, ISE Cultural Foundation Gallery (New York), Gymnasia Herzliya (Tel Aviv), Recycleart (Brussels), ITS#Four / International Talent Support (Trieste), and VT Artsalon (Taipei). Solo exhibitions were held at Miyako Yoshinaga Gallery (New York) in 2013 and 2016. His work is in the permanent collection of the Minneapolis Institute of Art and Mead Art Museum at Amherst College. 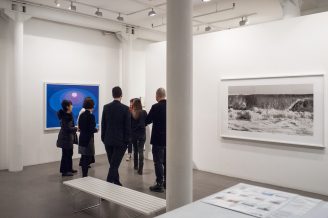 Walkthrough and Conversation with Kathryn Calley Galitz on February 24, 2018

On the occasion of our current exhibition Blurred Horizons, please join us for a walkthrough and conversation with Kathryn Calley Galitz, art historian and author of The Metropolitan Museum of Art: Masterpiece Paintings (2016). Read More 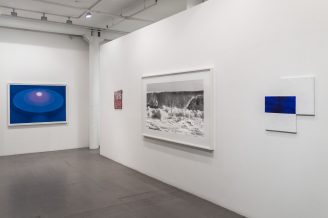 Marking a quarter century in the art business, Art Projects International founder and director Jung Lee Sanders is presenting a stimulating group show that explores the iconography of landscape. By including the work of 12 artists who vary in their formal interpretations, “Blurred Horizons: Contemporary Landscapes, Real and Imagined” replicates the multifarious richness of nature in a gallery setting. Read More 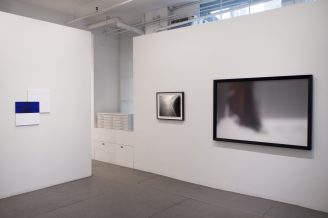 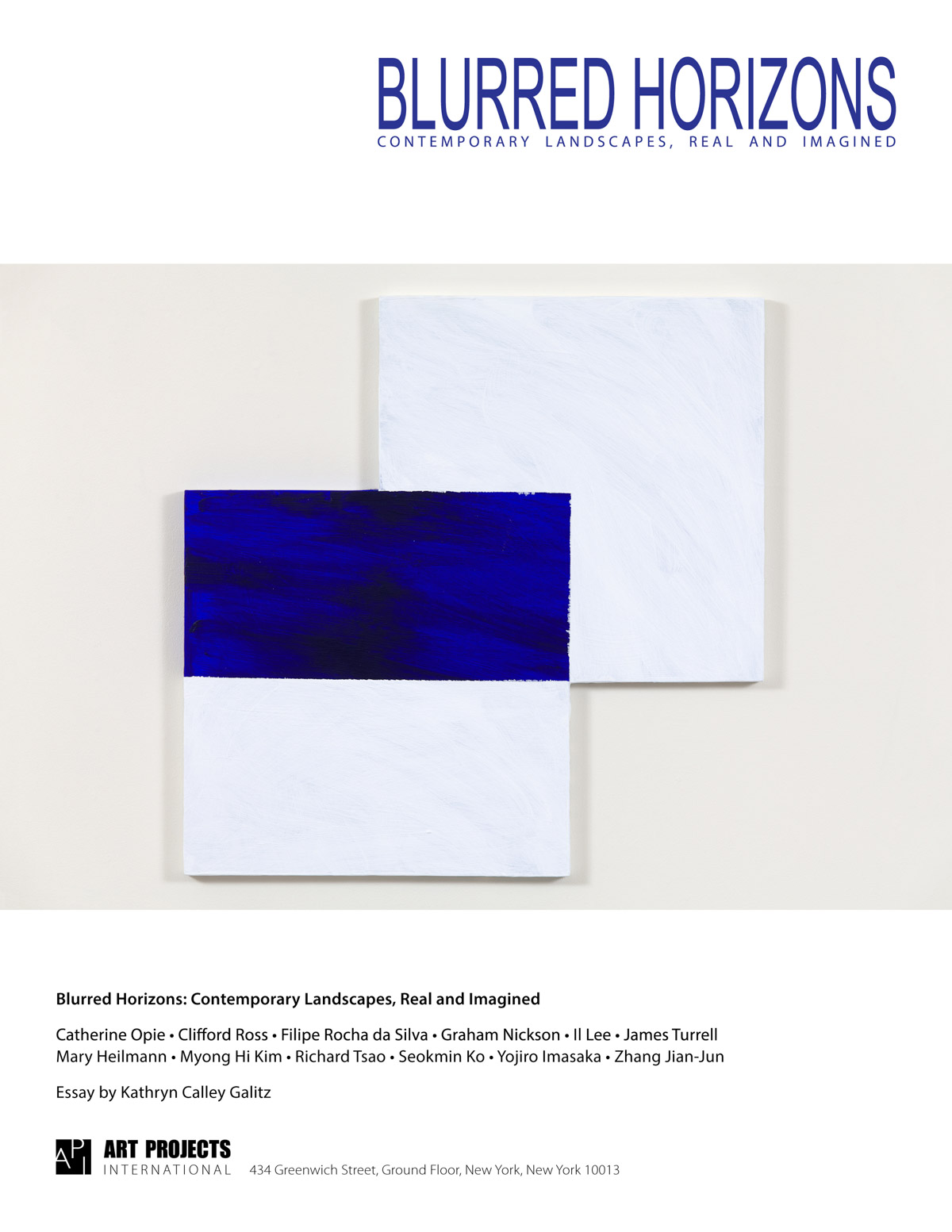